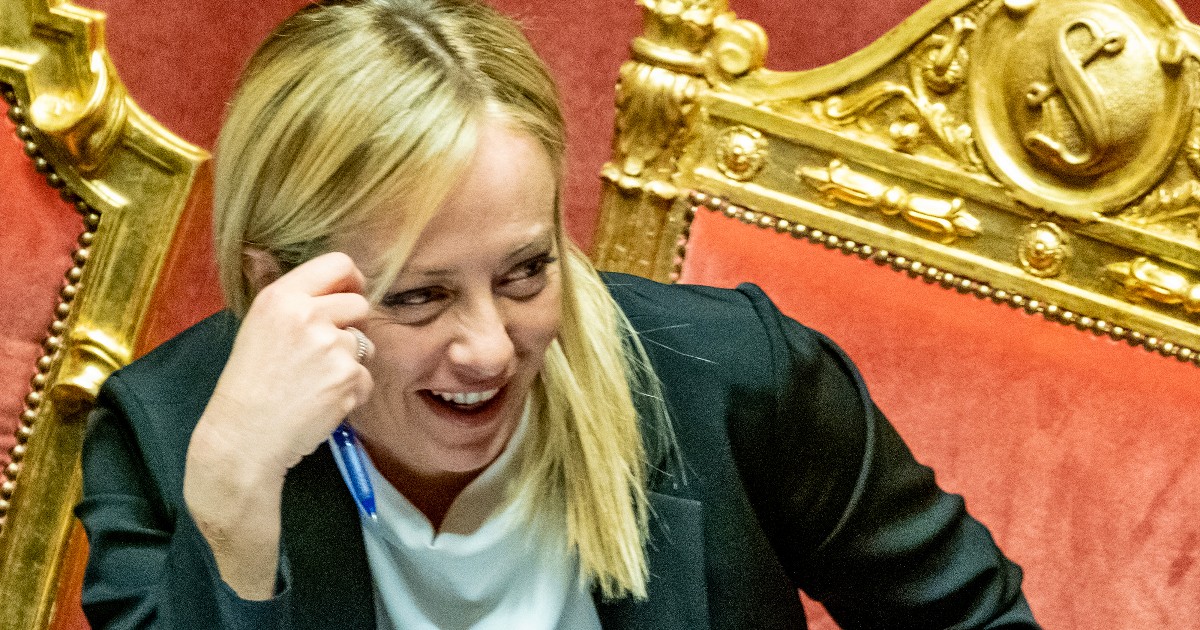 Government, the direct – The Meloni government gains confidence in the Senate: 115 yes, 79 no. Renzi opens up to presidentialism and attacks the Democratic Party: “It is not opposition, but masochism”

The meloni government wins the trust in the Senate. Renzi opens up to presidentialism

The new government led by Giorgia Meloni also gets the trust of the Senate, with 115 yes and 79 against. After receiving the support of Montecitorio with 235 in favor, the premier intervened at Palazzo Madama and declared that “the minimum wage is not the solution to poor work”, in addition to the desire to raise the cash ceiling up to 10 thousand euros. A measure, the latter, that the opposition have branded as an assist to tax evaders. Grillo saw the parliamentarians together with Conte. While Salvini received Moratti to talk about Pnrr. In his speech in the classroom, the leader of Italia Viva, Matteo Renzi, opened to presidentialism: “We are here”, he assured the new prime minister. And he then attacked the Democratic Party: “Yours is not opposition, but masochism”

Meloni: “We will keep our commitments, immediately to work”

“The Senate also voted to trust the government. We presented a clear and detailed program during the election campaign. We will keep our commitments: the bond between representative and represented is the essence of democracy. Immediately to work to respond to the urgencies of Italy “. Prime Minister Giorgia Meloni writes it on twitter, after the Senate vote of confidence.

Tajani: “We will prove we are up to it”

“The Government has won the confidence of the Parliament. Winning the election is one thing. Knowing how to govern is another. We will show that we are up to the task that the Italians have entrusted to us ”. Foreign Minister and Deputy Prime Minister Antonio Tajani writes on twitter.

Confidence in the Meloni government approved in the Senate

Started calls for confidence in the government

The nominal appeal of the senators for trust in the Meloni government has begun in the Senate. The parliamentarians, called by name, will parade under the presidential bench, loudly announcing their yes or no to the motion of confidence. The whole operation should take approximately 45 minutes.

Migrants, Malpezzi: “No to the criminalization of those who save lives”

“Resistance is the source of values ​​of our Constitution: not having mentioned it is a mistake. Today I would like to remember the boys, women and men of the Resistance. We will not say trust but good work ”, continues Malpezzi. “He never talked about precariousness, he never talked about atypical, parasubordinate, to the majority of workers”, he says again and then moves on to the debate on school (“Merit without the fight against inequalities is a source of new inequalities”) and rights (“The family is not an ideology: recognize all compositions, social formations”).

“Today we discover that exceeding the cash ceiling is also part of the government’s program. I leave you a suggestion for reading: the very recent work by Bankitalia of 2021 which says, contrary to what you say, that there is an empirical correlation on the causal link between the use of cash and the impact of the underground economy. It means evasion, so we say it in a simple way “. Senator Simona Malpezzi, president of the senators of the Democratic Party, said this in the Chamber in an explanation of vote.

Malpezzi (Pd) to Meloni: “Had it been up to you, today we would not have the PNRR”

“When you talk about Europe, I sometimes fear that you are confusing authority with subordination. Sitting at the tables and negotiating does not mean being subordinate, but it means taking note of being in a community, the European one, which requires steps of mediation and collaboration, shaping one’s positions, up to tiring compromises. And if there had not been this way of acting by men capable of weaving like Paolo Gentiloni or David Sassoli, today we would not have the PNRR. And I’m forced to remember that if it had been up to you we would never have approved it. Because she may not like it being pointed out, but she abstained, ”said the president of the senators of the Democratic Party Simona Malpezzi.

Videogames entered his life in the late '80s, at the time of the first meeting with Super Mario Bros, and even today they make it a permanent part, after almost 30 years. Pros and defects: he manages to finish Super Mario Bros in less than 5 minutes but he has never finished Final Fight with a credit ... he's still trying.
Previous “There are two questions, I’ll explain. We need to understand if …”
Next Euphoria 4 will happen, but perhaps without Zendaya