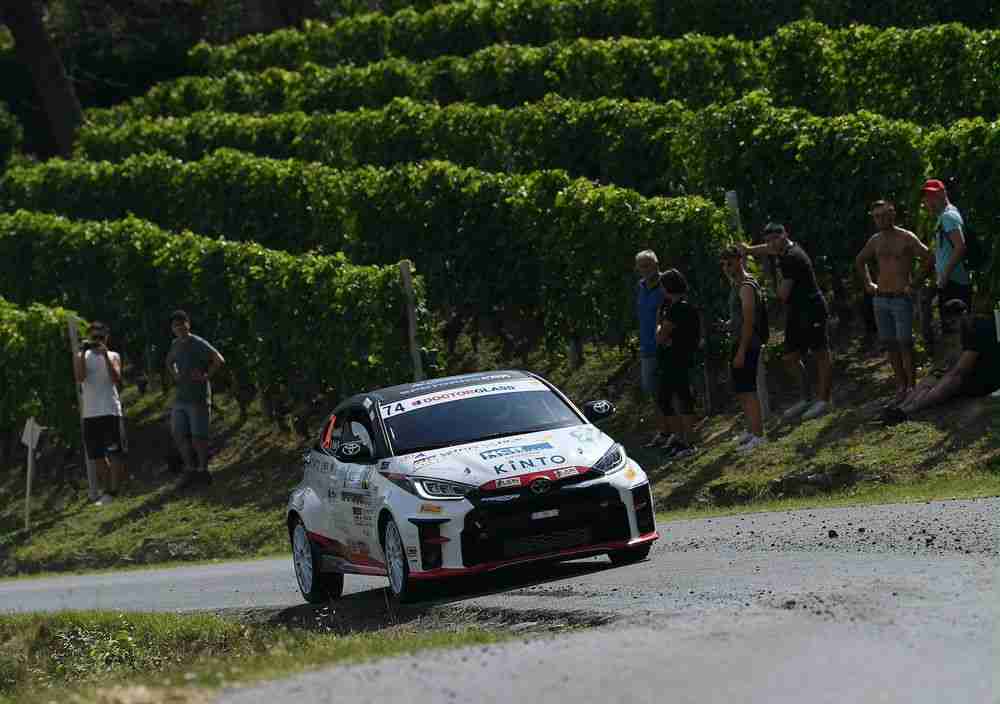 Strong winner in Sicily last May at the Targa Florio, and strong winner also in the Langhe area of ​​Cuneo. The status of Thomas Paperini, together with his co-driver Simone Fruini in the GR Yaris Rally Cup 2022 speaks of a new success, an encore of laurels obtained today with a rewarding race strategy, with consistency of performance and with the clarity in looking for the goal , the one that allowed him to make a first and decisive extension at the top of the standings.

An uphill race, that of the Tuscan crew from Pistoia, having to adapt to the difficult roads in the Langa, and then producing an exhilarating progression that, three tests from the end, brought them to the command by overtaking the young Angelo Pucci Grossi, alongside by Cardinals.

The latter, who needed to pull up “heavy” points given the unsuccessful joke of the seasonal debut in Sicily, attacked decisively in the initial phase of the second day of challenges, he had also taken the lead, and then sold him to Donald Duck , therefore also having to leave the second position, conditioned by an overheating of the brakes in the final tests, being overtaken by only six tenths in the final under the checkered flag by the Finns Manninen-Sillanpaa who have been able to adapt well to a very technical path like the one encountered, certainly different from those of their country. The Nordics, at this point, become the most formidable adversaries for Donald Duck and Fruini, given their consistency of performance.

Grossi was left with the half smile of having regained rhythm and above all points that boosted him in the standings and from the Piedmontese away match Tommaso Paleari Henssler returned with the fourth position who, paired with Bozzo, provided a convincing performance punctuated by chronometric results worth.

Top five signed by the reigning champion of the trophy, the other Tuscan Alex Ciardi, in an impromptu duo with Rappoldi, separated by more than a minute from the leaders. A whole new race, even in the case of Ciardi, who never found a satisfactory feeling with the context of the special stages embraced by the hills of the Langhe.

Federico Romagnoli, paired with Jessica Rosa, disappointed by the trip from Cuneo, delayed during the fifth special stage by a double puncture which certainly compromised his pace and affected the final result, even if he too gained important points, having also started the season with the retreat in Sicily.

The confirmation of the potential of the first Under 23 classified at the “Targa”, the Venetian Jacopo Facco, flanked by Nicola Doria, was also expected, and the couple did not betray the expectations, putting an important result back in the safe.

The race in Alba instead said badly to Marco Gianesini, who after the exhilarating second place in the Targa Florio, back to team up with Sabrina Fay, here had an empty joke retiring for going off the road during the second race, same fate for Cannavò-Rappa.

In addition to the competition, GR Yaris was also the protagonist of a rally organized with the support of Cinzano Rally Team. The thirty owners who started the event had an exclusive experience in the world of TGR Italy.

David Martin is the lead editor for Spark Chronicles. David has been working as a freelance journalist.
Previous Unusual club makes official proposal for Cristiano Ronaldo
Next Beyoncé creates Snapchat account and goes crazy on the internet: “Downloading”