Green light to the degreased cricket powder to mix bread, biscuits and pizzas 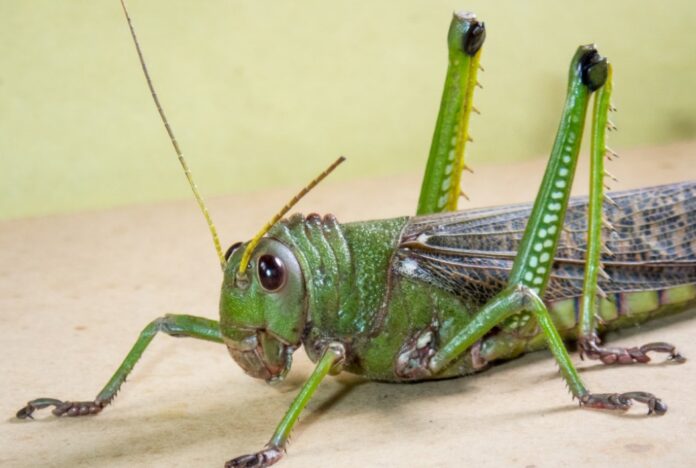 Unlike Nicole Kidman, the vast majority of Italians would never bring insects to the table, considered extraneous to the national food culture. This is what emerges from a Coldiretti/Ixe’ analysis with reference to the authorization granted by the European Union for the placing on the market of Acheta domesticusthat means the house cricketin partially defatted powder, as a novel food, published in the Community Official Gazette right after the “controversy” about the consumption of insects by the famous Australian actress. 54 percent of Italians are really against insects at the table, while 24 percent are indifferent, 16 percent are in favor and 6 percent do not respond, according to the Coldiretti/Ixe survey. The marketing of insects for food is made possible in Europe by the entry into force of the EU regulation on “novel foods” on 1 January 2018, which allows whole insects to be recognized both as new foods and as traditional products from third countries.

The latest request – underlines Coldiretti – was made by the Vietnamese company Cricket One Co. Ltd regarding the use of the partially defatted powder obtained from whole Acheta domesticus (domestic cricket) in multigrain bread and rolls, crackers and bread sticks , cereal bars, dry premixes for baked goods, biscuits, dry filled and unfilled pasta products, sauces, processed potato products, legume and vegetable dishes, in pizza, pasta products, whey powder, meat substitute products, soups and soup concentrates or powders, cornmeal-based snack foods, beer-type beverages, chocolate base, nuts and oilseeds, non-crispy snack foods and meat preparations intended for the general population. At the moment the EU – highlights Coldiretti – has already authorized for sale, as food to bring to the table in addition to domestic crickets (Acheta domesticus), the yellow larva of flour (Tenebrio molitor) and the migratory locust.

Proper nutrition, however, cannot disregard the local production and cultural reality in third world countries as well as in developed ones – claims Coldiretti – and even caterpillars, beetles, ants or grasshoppers for food purposes cannot escape this principle which, even if high in protein, they are very far from the Italian and European national culinary reality. Beyond the normal opposition of Italians towards products very distant from the national culture, the arrival on the tables of insects – concludes Coldiretti – raises precise questions of a health and health nature to which it is necessary to give answers, clarifying the methods of production and on the same origin and traceability considering that most of the new products come from non-EU countries, such as Vietnam, Thailand or China, for years at the top of the rankings for the number of food alarms.

David Martin is the lead editor for Spark Chronicles. David has been working as a freelance journalist.
Previous Golden Globes, the stars are back on live TV. The challenge between the favorite series and films
Next Blake Lively pregnant, the ironic post with the baby bump on Instagram