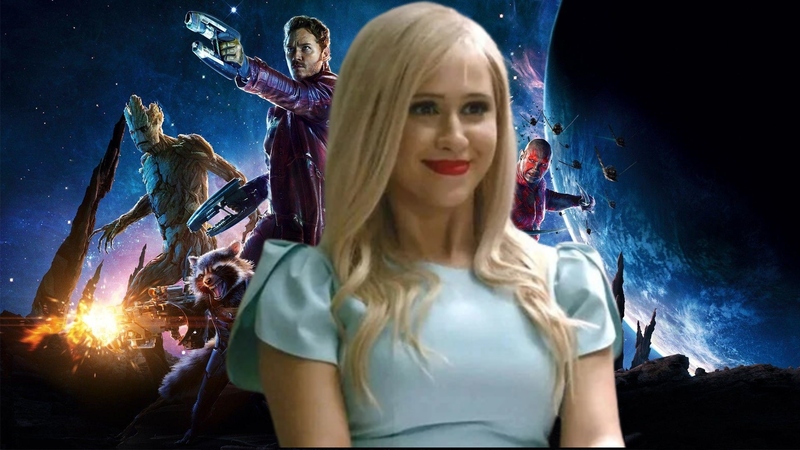 ‘Guardians of the Galaxy Vol. 3’: Maria Bakalova explains why she wants to work with James Gunn for the rest of her life

In June, Maria Bakalova was cast as the voice actress for the dog Cosmo in ‘Guardians of the Galaxy Vol. 3‘, and fans are quite curious to hear his voice in the sequel.

In the comics, Cosmo is a chatterbox and generally doesn’t get along with Rocket, which makes their encounters always humorous and somewhat explosive.

For those who don’t know her, bakalova gained the spotlight in 2020 when he played Tutar Sagdiyev in ‘Borat: Next Film Tape’for which he received a nomination for the Oscar in Best Supporting Actress.

During an interview for the DiscussingFilmthe star earned praise for the director James Gunn, saying that he would like to work with the filmmaker for the rest of his life.

“I love James Gunn, I want to work with him for the rest of my life! He is everything. I don’t even know how to say it, he’s so talented and funny and entertaining. He’s a great human being. What an example of a person I would like to be… Your dedication to work is also admirable. It’s just phenomenal. I was very lucky to meet him and work with him. I want to do this again and again.”

Asked about Cosmo’s participation in the sequel, she said:

“We need some canine love in this franchise. Cosmo created a new world for me. So I hope people root for her and enjoy the result.”

please note that Gunn made it clear that this “it will be the end” of the franchise.

By previewing the sequence in the San Diego Comic Conhe said that Volume 3:

“It’s the end of that story. I’m very sorry. Some stories have an ending. That doesn’t mean everyone dies.”said Gunn.

“For a while I didn’t want to make this movie. So I came back. And the reason I knew how I needed to come back was to tell that story, and in some particular ways I have a special closeness to the Rocket character and I needed to finish to tell his story.”he confessed.

He concluded by saying that: “I knew how that was what started me on this journey, was seeing who he could be and who he was, where he came from, and what got me interested in Guardians initially,” continued James Gunn in the conversation. I realized how to tell the story honestly, he is the saddest person or character in the universe.”.

The cast still has Sylvester Stallone, Elizabeth Debicki, Daniela Melchior and Will Poulter.

The filming of the feature has already been completed and the premiere is scheduled for May 23 from 2023.

Videogames entered his life in the late '80s, at the time of the first meeting with Super Mario Bros, and even today they make it a permanent part, after almost 30 years. Pros and defects: he manages to finish Super Mario Bros in less than 5 minutes but he has never finished Final Fight with a credit ... he's still trying.
Previous Accident on the A21, bitumen tank on fire between Caorso and Castelvetro: two people died
Next Film tonight on TV not to be missed on Thursday 25 August 2022