“Gucci House”: Italian luxury from the perspective of Ridley Scott

The first attempts to make a film about the collapse of the Gucci house took place as early as 2006. Other directors were engaged in it, only to quit after some time. One of them was, among others Ridley Scott.

Angelina Jolie, Penelope Cruz, Anne Hathaway and Margot Robbie were intended for the role of Patrizia, while Maurizio Gucci was to be played by Christian Bale and Leonardo DiCaprio. In the end, the choice fell on Adam Driver, who celebrated triumphs in mainstream and independent cinema, and Lady Gaga – who was freshly won an Oscar for a song for the movie “A Star is Born”.

Watch the trailer for “The House of Gucci”:

Along with Lady Gaga and Adam Driver, the cast also includes Al Pacino, Jared Leto, Jeremy Irons, Salma Hayek and Jack Huston. The author of the script is Roberto Bentivegna.

The Gucci family’s reaction to a project related to their past was predictable. Nobody was particularly pleased that it was the story of Maurizio, who finally cut the family off from their company, that it was decided to transfer to the big screen.

The script of “The Gucci House” is based on Sarah Gay Forden’s book “Gucci House. The Power of Fashion, the Madness of Money, the Bitterness of Fall” published in 2001. The Gucci family accuses the author of the book of inaccuracies, and Ridley Scott has no contact with the film and the involvement of Hollywood stars in the roles of people who were in no way related to the murder of Maurizio Gucci.

Moreover, Patrizia Gucci said that following the premiere of “The House of Gucci” – which will take place on November 24, 2021 – the family will decide what steps to take with regard to the creators. This could mean another large court case in the rich history of the Gucci family.

The history of the Gucci brand begins with its founder. In 1921, Guccio Gucci founded the first boutique with leather goods, selling mainly riding bags. At the beginning, he ran the business himself, designed and produced articles. Over time, his children also started working in the company – including the eldest son Aldo. It was at his instigation that Gucci opened another boutique in Rome in 1938, and then in Milan in 1951. Aldo turned out to have an incredible talent for business.

Following the death of Guccio Gucci in 1953, Aldo transformed a small family business into a true fashion empire. More exclusive boutiques were opened in New York, London and Paris, and classic designs such as Jackie’s bag, Flora shawl and men’s loafers were released. Among the biggest admirers of the brand at that time was the actress and later Princess of Monaco, Grace Kelly.

Currently, the brand is loved by, among others Rihanna, Salma Hayek, Drew Barrymore, Kylie Minogue, and Brad Pitt. 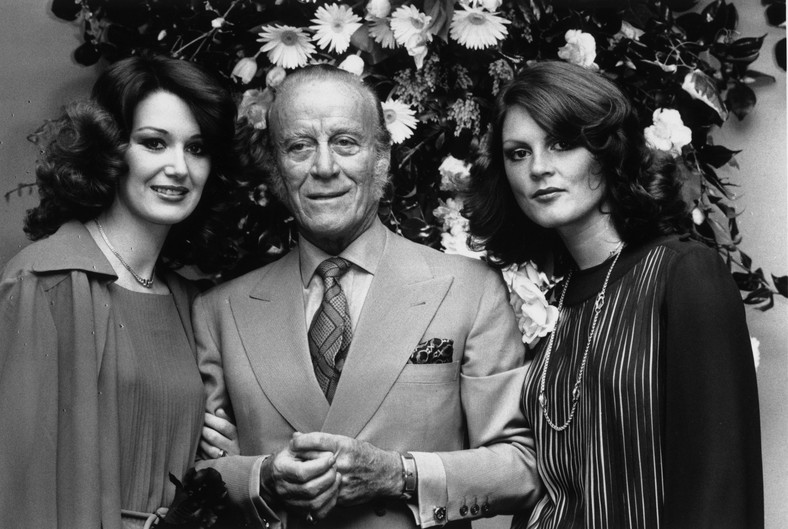 The Gucci House remained a family business throughout. And it was the family that started to create real problems first. The biggest problems were the sons of Aldo, who demanded more control, tried to create their own interests using the Gucci name.

The 1970s and 1980s were a period of crisis and collapse of prestige for the Gucci. Family members, densely filled with senior positions in the company, were dream targets for the press that wrote about scandals and conflicts. 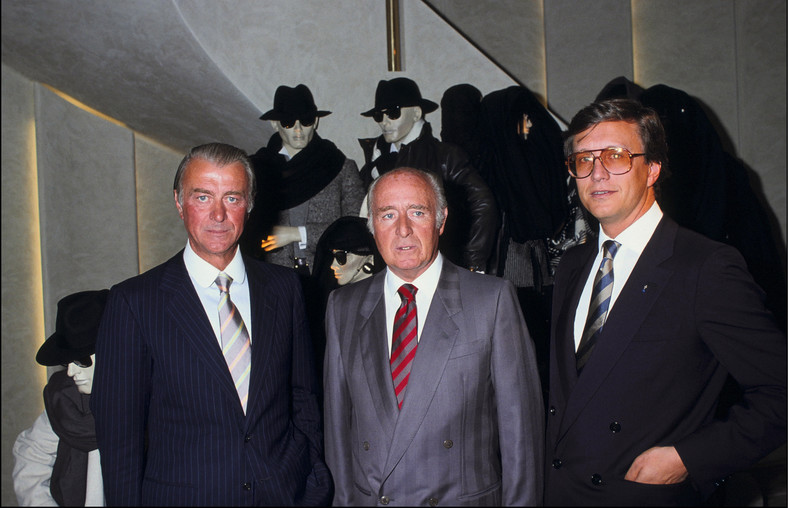 In 1983, Maurizio Gucci inherited a stake in the company from his father, Rodolfo, who was Aldo’s younger brother. Maurizio, who, like his cousins, wanted more influence over the company, began a long court battle with his uncle. In 1986, over 80-year-old Aldo was only 17 percent. shares in the company, and this was sentenced by a US court to one year in prison for tax evasion.

The change at the helm of the company now managed by Maurizio was by no means an improvement. Maurizio not only pushed the company to the brink of bankruptcy and squandered his share of the estate, but in 1988 began selling its shares to Investcorop. Ultimately, the Gucci fashion house was acquired by Investcorp in 1993 for $ 170 million. Since then, no family member – other than Maurizio – has been involved with the company anymore.

Maurizzio Gucci remained president until his tragic death in 1995.

Maurizio and Patrizia: a fairy tale without a happy ending

Maurizio Gucci met Patrizia Reggiani during his studies in Milan, when they were both just over 20 years old. Patrizia loved glamor, and she also liked being the center of attention. The timid and complex Maurizio was her opposite, but also, in a sense, an ideal.

He was fabulously rich, he came from an influential family, was a fashion designer, and was easy to manipulate.. He could provide her with the lavish life she had always dreamed of. 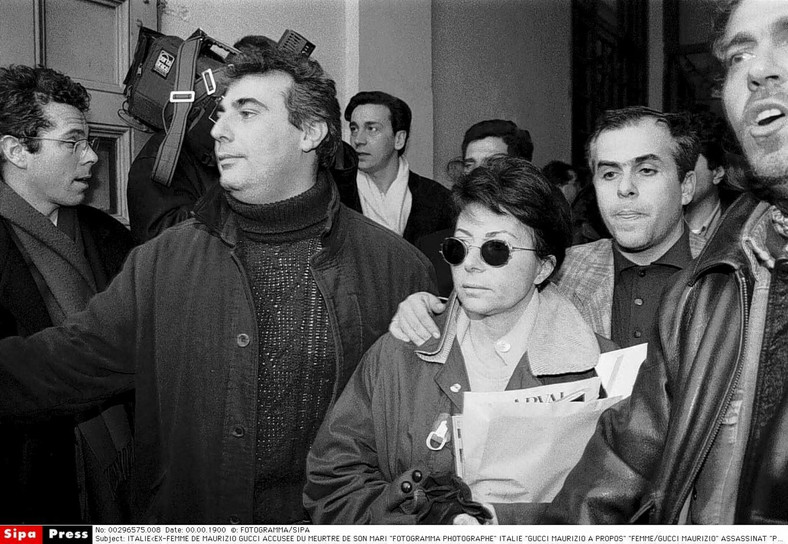 They married in 1973 against the wishes of the Maurizzia family. Rodolfo Gucci even disinherited his eldest son as a punishment. It did not last long, however, as Patrizia managed to convince her father-in-law to take her son under his wing again.

From the marriage of Maurizzia and Patrizia, two daughters were born – Allegra and Alessandra. After 12 years of marriage, the constant squandering of family assets on cars, gold jewelry, trips abroad and new homes, Maurizzio decided to leave his wife. The reason was not just the lavish life she was leading, but the fact that she had found a younger lover.

The couple divorced in 1991. Patrizia was to receive alimony in the amount of 500,000. hole. annually. After a few years, she demanded an increase to $ 1 million, but the ex-husband did not agree. The feeling of humiliation and regret towards Maurizzio, who was supposed to marry his new partner, meant that in 1995 Patrizia Reggiani took a drastic step.

Maruzzio Gucci was killed on March 27, 1995 from gunshot wounds as he walked to the company’s premises, as he did every morning. The shots at him were fired by an assassin. Gucci died on the spot. Police quickly launched an investigation, and other members of the Gucci and Patrizia families, as well as the Sicilian mafia, were on the long list of suspects. 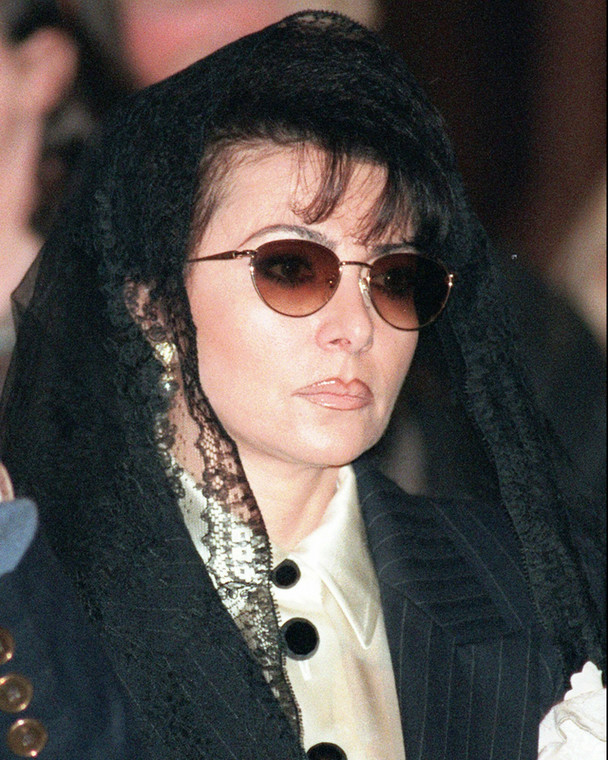 Patrizia Reggiani at the funeral of her ex-husband, Maurizio Gucci

The officers were brought to Patrizia by … a fairy whose advice Reggiani had been looking for in the case of her ex-husband, and who hired a man for her to get rid of Gucci. This crime was far from perfect, because he was not a real professional, but a desperate and indebted owner of a small pizzeria.

Patrizia was arrested in January 1997 and charged with hiring bombers to kill Maurizzio Gucci. Her trial was widely covered in the Italian media, and she herself was nicknamed the Black Widow.

Ultimately, Patrizia Reggiani was sentenced to 26 years in prison. While serving her sentence, she tried to commit suicide, but was saved by prison guards.

In October 2016, she was released from prison for good behavior. He still receives the annual maintenance from the Gucci house. She also maintains that it was not she who ordered the murder of Maurizzio, but … the fairy.