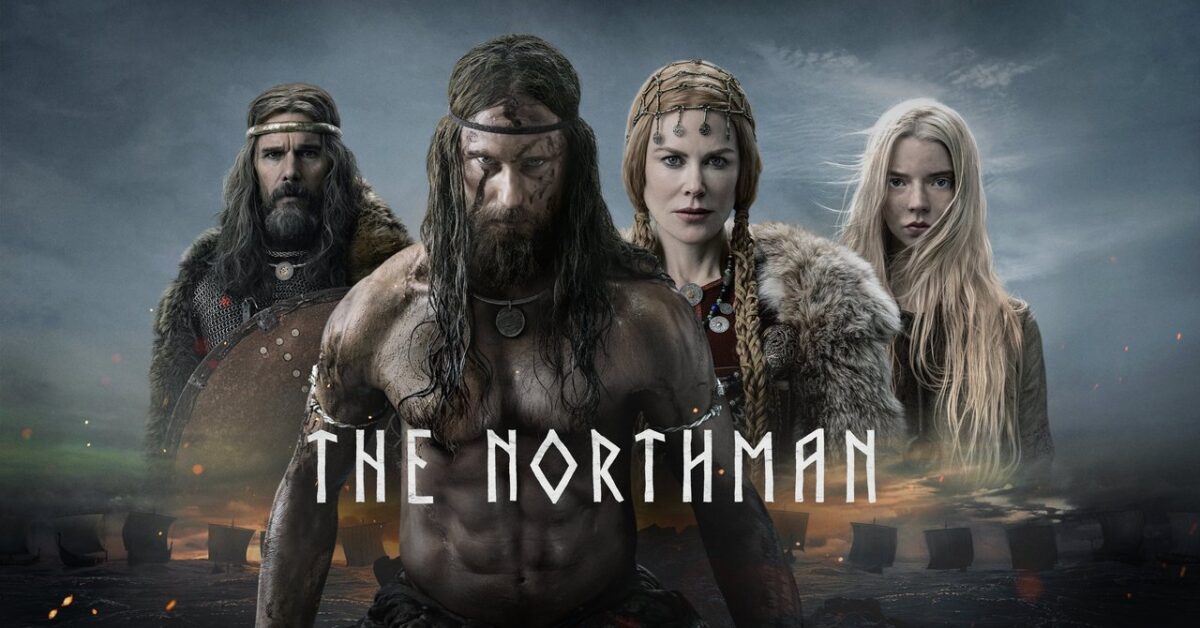 The Northman will premiere on Sky Cinema Uno on 23 November. From Alexander Skarsgård to Nicole Kidman, here are some details on the all-star cast.

Robert Eggers is a name that has begun to make its way into contemporary cinema in very recent times. Instantly became one new signature of the horror scenehas contributed to the rebirth of the genre with two films that have already become cult, The Witch And The Lighthouse. In his third directorial effort, however, Eggers has decided to change course, signing a dirty, bloody and absolutely brutal historical epic: The Northman. The film, although it was conceived as a blockbusters, has passed a bit on the sly, remaining in the cinema for a very short time and failing to win over the public, estranged from a highly authorial work but bent on the logic of the market. The critics, on the other hand, praised the project almost unanimously, highlighting the fidelity to the initial project. The Northmanindeed, it is based on Gesta Danorum by Saxo Grammaticusfrom which the director extrapolates the story of the deeds of Amleth, 10th century Viking warrior. The same tale that Shakespeare will use as a canvas for his tragedy, Hamlet. A story of revenge, then. Stripped of all philosophical references, Eggers’ version is therefore one history of passions and bonds family and social, which gives life to an all-star cast. On the occasion of the transition to television – The Northman will be broadcast today, November 23rdin first viewing on Sky Cinema Uno and Sky Cinema 4Kat 21:15, and will then be available in catalog on demand and on Now – so here is a guide to the characters and their interpreters.

The Northman – Guide to the cast and characters

Amleth is a 10th century Viking warrior. Son of King Aurvandill and Queen Gudrún, he sees his father assassinated by his brother Fjolnir when he is still a boy. Forced to flee, he is raised by a band of Vikings, with the sole purpose of being able to avenge his father’s death and save his mother, kidnapped by Fjolnir. Alexander Skarsgard, son and brother of art – his father is Stellan Skarsgård, his brothers the actors Gustaf, Bill and Valter Skarsgård – was launched from the teen horror series True Blood. Since then he has appeared in numerous films, including Zoolanders, Melancholia And What Masie knew. As a protagonist he then starred in The Legend of Tarzan And Godzilla Vs Kong. On the small screen he has also taken part in the series Big Little Lies – role for which he won an Emmy -, On Becoming a God And The Stand.

Olga is a young sorceress of Slavic origin. Kidnapped by the men of Fjolnir, who fled to Iceland after being deposed by Harald of Norway, she becomes one of his slaves. On the ship that takes her to the island she meets Amlethbecoming his lover and an integral part of his plan for revenge. Olga has the face of Anya Taylor-Joydiscovered by Robert Eggers, who directed her in her screen debut, The Witch (2015). Although she is only 26 years old, she has already been directed by great directors, including M. Night Shyamalan (Split, Glass) and Edgar Wright (Last night in Soho). She recently conquered the world of seriality with the role of Beth Harmon in it The chess queen and in 2022 she appeared in the cinema in three films – in addition to The Northman, Amsterdam And The Menu.

Nicole Kidman plays the Queen Gudrun, wife of King Aruvandill and mother of Amleth. When her husband is killed, she is – apparently – kidnapped by Fjölnir. In reality, the Viking Queen has conspired with Fjölnir to kill her consort, whom she hates, and she will move with him to Iceland when they are both overthrown. In their new home they will then give birth Gunnarhalf-brother of Amleth and potential heir to the throne. Nicole Kidman – a true icon of Hollywood, and beyond – has a rich and varied career behind her, impossible to summarize in a few lines. Five-time Academy Award nominee – most recently last year for About the Ricardos – won the coveted statuette in 2003, for The Hours. She recently appeared in TV miniseries The Undoing – The untold truths And Nine perfect strangers. In Big Little Lies she then shared the screen with Alexander Skarsgård, who played her husband.

King Aurvandill he is the father of Amleth and the husband of Queen Gudrún. Considered ruthless and ruthless, he is often at war to expand his kingdom. Wounded in battle, he will be killed by his younger brother, Fjölnir, before he can pass the throne to Amleth. Ethan Hawke is one of the most appreciated and loved names in the current film scene. Active since the late 80s – his role is memorable The fleeting moment – was nominated four times for the Academy Award (as an actor for Training day And Boyhood and as a screenwriter for Before Sunset And Before Midnight). Between 2021 and 2022 she took part in five films: in addition to The Northman, Black phone, Zeroes and Ones, Raymond & Ray and the expected Glass Onion – Knives Out. He also made his entry into the MCU in 2022 as Arthur Harrow in the series Moon Knight.

Fjolnir he is the younger brother of King Aurvandill. Determined to obtain the throne, he will kill his brother – who has returned wounded from the war – and will take Queen Gudrún as wife. To take on the role of Fjölnir is Claes Bangknown to the general public for the role of Dracula in Netflix miniseries dedicated to the vampire. The actor – of Danish origins – then collected some roles in titles such as The Square, Millenium – The one that doesn’t kill And Locked Down. Currently she is in the cast of the Apple TV + series Bad Sisters.

The Northman – The rest of the cast

In the large cast of supporting actors of The Northman two names certainly stand out: Willem Dafoe – which he interprets Hemir the mada shaman who will help Amleth in his plan for revenge – e Bjork – the Seeror the one who will predict to Amleth his future, guiding him on his way. Willem Dafoe recently returned to the big screen as Norman Osborn\Green Goblin in Spider-Man: No Way Home and is expected in the western Dead for a dollarwhile Bjork – unforgettable protagonist of Dancer in the dark by Lars von Trier – in recent years she has focused mainly on her career musician and composer. They then complete the cast Oscar Novak (Amleth as a child), Gustav Lindh (Thorir, Fjölnir’s first-born son), Elliot Rose (Gunnar) and Ingvar Eggert Sigurðsson (The Sorcerer).

David Martin is the lead editor for Spark Chronicles. David has been working as a freelance journalist.
Previous Tonight on Tv / TV Shows Tonight Wednesday November 23, 2022 in prime time
Next The Girl From Plainville: trailer and poster of the series with Elle Fanning