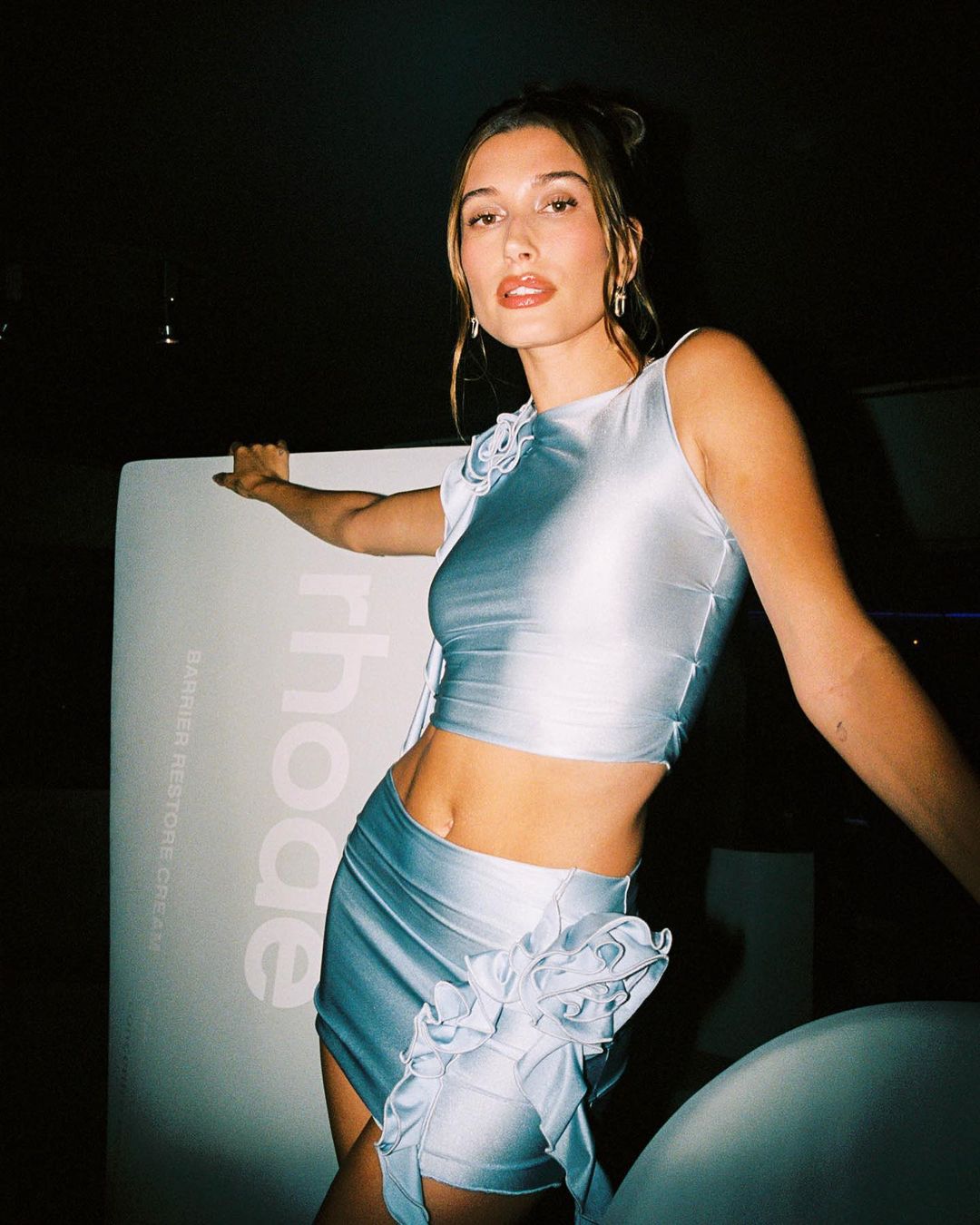 Hailey Bieber, Justin Bieber’s wife, launched last week, her skincare line, Rhode, which lives up to one of her surnames. However, the model is suffering a trademark misuse lawsuit by a fashion company, which has been in the market for 9 years and has the same name.

Purna Khatau and Phoebe Vickers, co-founders of Rhode, filed the lawsuit against Hailey in the U.S. District Court for the Southern District of New York on Tuesday.

Known in the American market, the partners claim that the brand remains in fashion based on a lot of effort and personal sacrifice, in addition to the difficulties of the segment in this time of the brand’s life.

With sales close to R$75 million, the clothing brand Rhode is highly respected and is among the most sold in luxury stores. It also dresses popular celebrities like Beyoncé and Rihanna.

In the lawsuit, Khatau and Vickers also say they are considering expanding the brand into household items and the beauty area, which could lead to a certain problem with Hailey’s newly launched brand.

In another part of the lawsuit, it is also stated that searches on Instagram and other search tools indicate, primarily, in the digitization of Rhode, Hailey Bieber’s brand. Being that, for years, the clothing brand was the champion in research and this can break up a drop in sales of the brand.

“We have real concerns about the future. We’ve put blood, sweat and tears into this brand for years… It’s disappointing to me that a female entrepreneur, of whom we’ve been fans for a long time, is trying to smother what we’ve built,” says Khatau in the lawsuit.

The controversies don’t stop there. According to Rhode’s partners, Hailey Bieber was aware of the existence of the brand and purposely launched her own brand with the same name to provoke the entrepreneurs. According to the businesswomen, Hailey tried to buy the brand four years ago, but they did not accept the proposal.

“Unfortunately, the fact that Hailey is currently focusing on skin care while we focus on fashion hasn’t stopped the brand’s confusion, and it won’t in the future. We are part of a larger beauty market in which fashion and cosmetics overlap and often collaborate. We, of course, understand that Hailey wants to use her middle name for her brand, but the law on this is clear: you can’t create this kind of branding confusion just because you want to use your name. What Ms. Bieber is doing is harming a minority company that two women painstakingly built into a growing global brand,” she declares in the filings.

Videogames entered his life in the late '80s, at the time of the first meeting with Super Mario Bros, and even today they make it a permanent part, after almost 30 years. Pros and defects: he manages to finish Super Mario Bros in less than 5 minutes but he has never finished Final Fight with a credit ... he's still trying.
Previous Anne Hathaway: “Here are which celebrities give off a ‘big dick energy'”
Next New haircuts summer 2022, the short bob by Emma Stone and the long pixie