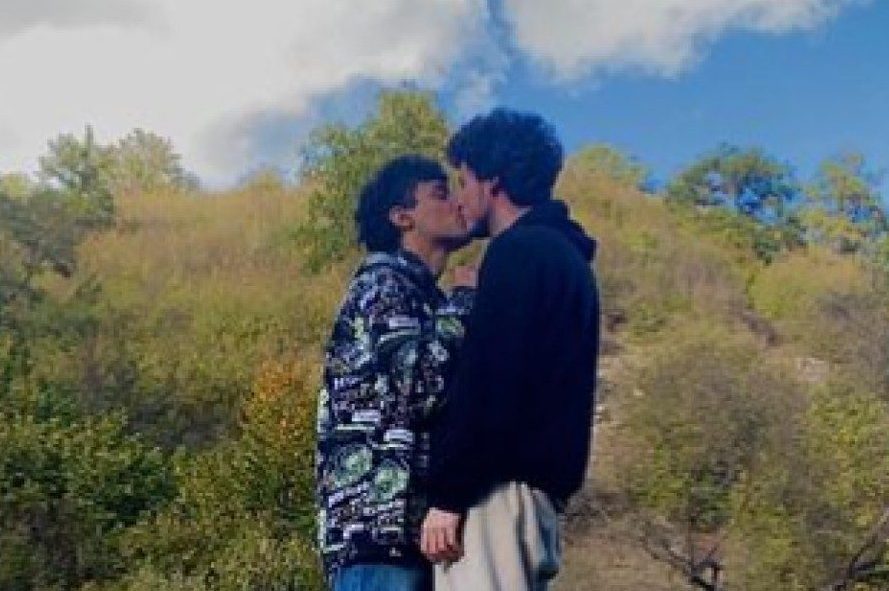 Happy ending, two gay guys post the photo of the last kiss and then commit suicide: They don’t accept us

They posted the photo of their last kiss before committing suicide by jumping off a bridge. It happens in Armenia where two young people made the extreme gesture because their love was not accepted.

“Happy ending”. Thus reads the caption of the photo that Tigran and Arsen posted on their social profiles before committing suicide, jumping off the Davtashen bridge, in Yerevan, Armenia. To tell their story is Pink Armenia, an association for LGBTQ rights that has been fighting for the protection of the homosexual community for years.

One way to turn the spotlight on the issue of homosexuality in Armenia where episodes of intollarancy towards mainly young people are recorded more and more frequently. And even in this case, Tigran and Arsen would have chosen to commit suicide because of “feelings of guilt, fear, self-blame and shame due to society’s attitude towards one’s sexual orientation and gender identity”.

Hence Pink Armenia’s appeal to denounce any episode of violence by offering to anyone in need of support, help and support. The photo of Tigran and Arsen immediately went viral on the web, but it is not the demonstrations of solidarity towards the two that are striking, but the many insulting messages left to the young couple.

Giovanna’s husband died in childbirth at 25: “It hurts too much, I want justice”

There are those who wrote that the two boys had a “valid reason” for committing suicide and who invited gays to do the same thing. The two boys, both minors, seem to have been rejected by their parents who did not accept their love.

“Armenia is today one of the most intolerant countries regarding the LGBTQIA + community, constantly subjected to abuse, psychological and physical violence, confined to the margins of a society that refuses to recognize and integrate it”, writes the association.

Videogames entered his life in the late '80s, at the time of the first meeting with Super Mario Bros, and even today they make it a permanent part, after almost 30 years. Pros and defects: he manages to finish Super Mario Bros in less than 5 minutes but he has never finished Final Fight with a credit ... he's still trying.
Previous Safety Car, Gasly penalized: “No advantage and no cunning” – F1 Piloti – Formula 1
Next Make It Cute. Amanda Seyfried prepares to launch a toy company.