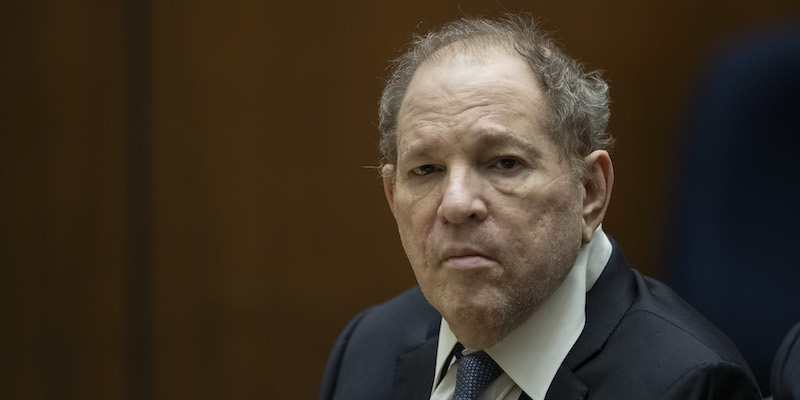 Harvey Weinstein was convicted of three other sexual assault offenses

A Los Angeles court on Monday found Harvey Weinstein guilty of three sexual assaults, the powerful Hollywood film producer already sentenced to 23 years in prison for similar crimes in another trial that concluded two years ago. Now Weinstein risks another 24 years in prison (the penalty will be decided later).

The facts for which Weinstein, who is 70 years old, was convicted date back to 2013 and concern a Russian actress who lives in Italy whose name has not been disclosed. The court said Weinstein raped her in a Los Angeles hotel room during a film festival.

The trial lasted two months and Weinsten was charged with seven counts of sexual assaults, allegedly for events between 2004 and 2013 involving four women. The identity of two is unknown, while the third and fourth are Jennifer Siebel Newsom, documentary filmmaker and wife of California governor Gavin Newsom, and Lauren Young, model and screenwriter. The Los Angeles court found him guilty of three of the seven sexual assaults, and only against one of the four women.

Weinstein was acquitted of the sexual assault charge involving one of the women in question, a masseuse, while the judges failed to agree on the allegations made by Newsom and Young. Now the prosecutor will have to decide whether to re-propose the accusation and start another trial.

Weinstein’s case has been the one that has been the most talked about in the world of entertainment, since some journalistic investigations in 2017 published the first accusations against him. It was precisely from these accusations that the #metoo started, the collective movement with which many women around the world denounced the sexual harassment suffered and kept silent until then.

Among the dozens of women who have accused Weinsten of violence over time are Gwyneth Paltrow, Angelina Jolie, Uma Thurman and Cara Delevingne. The first trial against him began in January 2020 and ended a month later, when he was acquitted of the most serious charges but found guilty of sexual assault for two episodes that occurred in 2006 and 2013, and was later sentenced to 23 years of prison. For now he has served two and has filed an appeal against the sentence. The years in prison that will be established for this second trial will be added to those he is already serving.

David Martin is the lead editor for Spark Chronicles. David has been working as a freelance journalist.
Previous Acceleration of SUGURI 2 Download PC Game For Free
Next Qatar 2022 World Cup Online Conversations