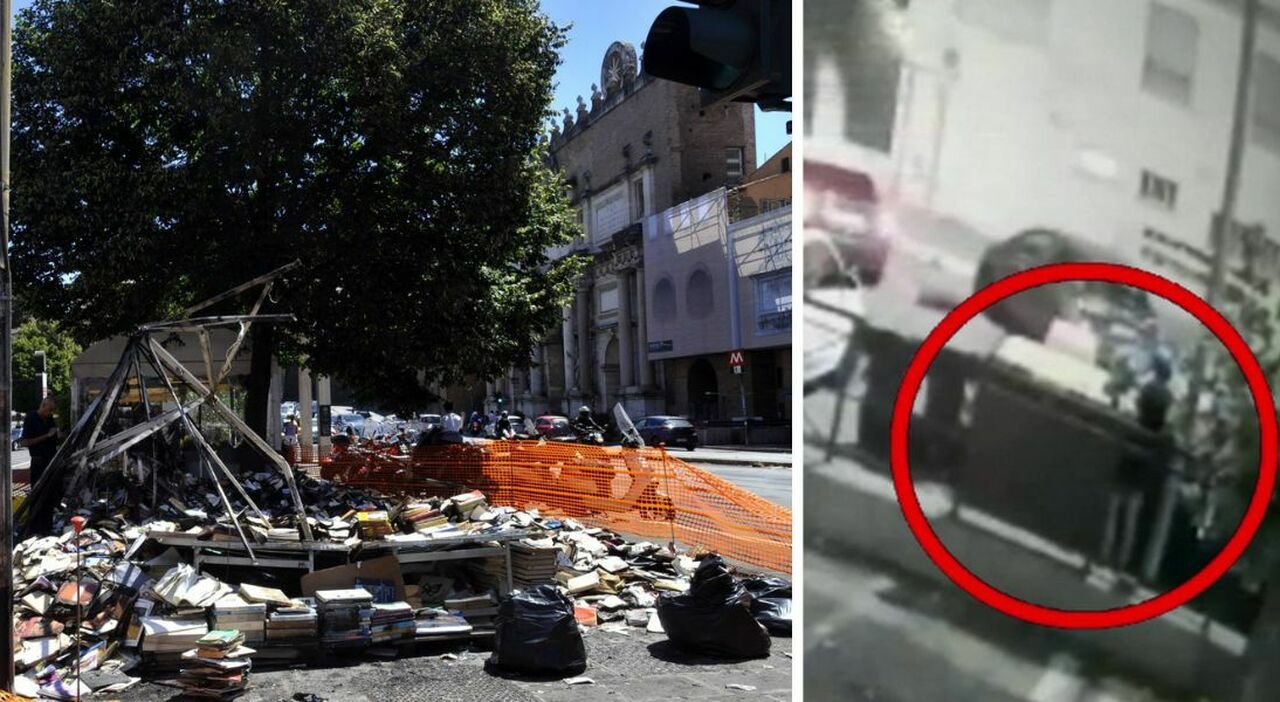 He also set fire to the Professor’s stall

He ends up in jail Giuseppe D’Ursofifty-year-old homeless of Catania origins, already reported on suspicion of having set fire to the “Professor’s stall”In piazzale Flaminio on 9 July. He is also believed to be the author of six other raids, three of which against as many restaurants in North Rome. For the Public Prosecutor, who ordered his arrest, despite the man being formally cleansed, there is a strong danger of “repetition of crimes” in light of the new investigations developed by the Carabinieri of the Compagnia Trionfale which led to hold him responsible for seven distinct incendiary episodes. In addition, against D’Urso, the danger of escape was recognized because “the suspect is homeless, a stable job and, repeatedly checked, does not appear to have recent and regular family contacts”, as underlined by the prosecutor Fabio Santoni.

THE MAP
At the age of fifty, in addition to the fire of some boxes of fruit and vegetables set aside near the association “Look at the future onlus” in via della Tenuta di Torrenova, for which he was reported on 23 May last, the fires are therefore charged of the Ama containers in use at the “Cuccurucù” restaurant in via Capoprati (June 27); of the waste bins arranged on Viale di Tor di Quinto (9 July); of the outdoor tables of the “Lo Sgobbone” restaurant in via Podesti (9 July); of the umbrella of the “Vignola” restaurant in via del Vignola (9 July), of the plant pots of the “Mio Caffè” bar in via Flaminia (9 July) and always on the same night as the “Prof’s stall”. To frame him the images taken by the cameras, the identikit sketched by some witnesses and the detail that during the raids, armed with a lighter, he always wore the same cap, red, of As Roma.

TASK-FORCE WEAPON AND PROSECUTOR
The military worked in close connection with the special anti-fire task force created in the Prosecutor’s Office in the aftermath of the appalling fire in the Centocelle park which involved, once again on 9 July, also the demolitions of Viale Palmiro Togliatti. The pool has the purpose of sharing information and results of investigations on all the fires that took place in the capital, in order to cross-reference the data to get to the arsonists. And the investigative activity that led to the arrest of the fifty-year-old does not stop. On the contrary. Major Alberto Pinto’s men are sifting through all those episodes with elements considered of interest. Without neglecting even the vast fire that devastated the Pineto Park at the beginning of July, between the Pineta Sacchetti and Monte Mario, when the fire fearfully licked the houses in the northern area of ​​the capital. No clues are overlooked. The profile of the fifty-year-old, the modus operandi, any biological traces will be compared. D’Urso is not a psychiatric patient, but he has admitted to using drugs. He even justified himself by saying that he acted under the influence of drugs. At Ponte Milvio he took care to wait for the patrols of carabinieri and police to pass through the area to move and return to action in another quadrant, with the intention of sowing them. Why, then, did he act? For what purpose? Did he do it on behalf of someone else? All questions that await an answer.

Videogames entered his life in the late '80s, at the time of the first meeting with Super Mario Bros, and even today they make it a permanent part, after almost 30 years. Pros and defects: he manages to finish Super Mario Bros in less than 5 minutes but he has never finished Final Fight with a credit ... he's still trying.
Previous Dazn, problems during Milan-Udinese and Sampdoria-Atalanta, the anger of the fans on social networks – Corriere.it
Next Exclusive! Pop divas negotiate shows for Lollapalooza Brasil