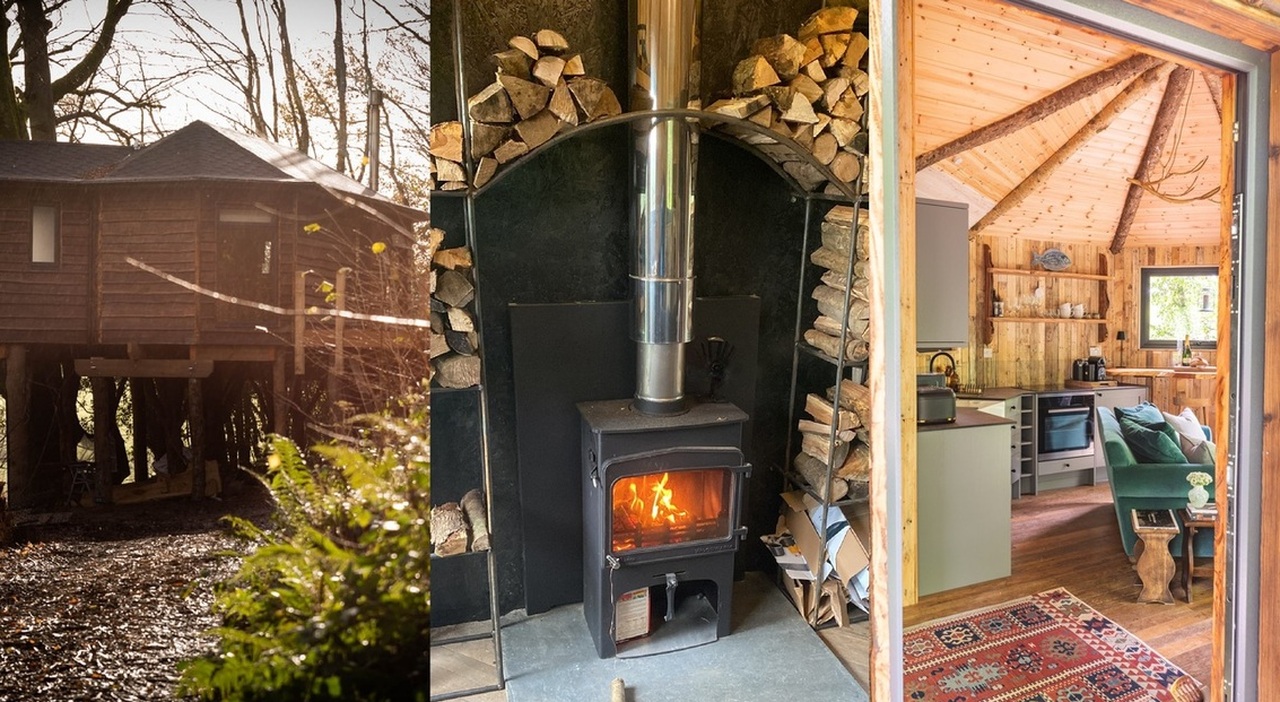 He discovers he has a tumor and builds a tree house for his children: but it is abusive

When John found out he had a rare cancer at 42 years old she began to think about what she would like to leave to her children. So she chose to invest her savings and built a luxury house in a tree, transformed into an accommodation facility. But now she is afraid that her building will be demolished because it lacks permits: “Because of the illness I didn’t have much timeI had to act first and then apply to repair the structure, “he told British reporters.


John and the decision to build the house

John Kitson loves nature and worked all his life to protect nature on an estate in the Cornish woods. In April 2019, at the age of 42, he was diagnosed with a ocular melanoma, a form of eye cancer and so he chose to leave something for his family and his three children, something unique that would demonstrate his special relationship with nature. She built a luxury tree house in a secluded wood in Morval, near Looe.

The finished project is a wonderful luxury home (costing as much as 100,000 pounds). It’s called the ‘Cornish Treehouse’ and it’s a modern wooden elevated structure with Wi-Fi, available from £ 195 per night.

All materials and interiors have been carefully considered to celebrate the natural elements and the house is filled with windows that show the surroundings to feel immersed in nature. There Cornish Treehouse received its first visitor in early 2022 and luckily John was able to welcome him personally.

Record surgery in Giulianova, a tumor weighing over 8 kilos was removed from a patient. Now the woman is fine

The tree house does not have permits

However, there is a problem: the construction did not obtain the necessary building permits from the municipality. If the request for “amnesty” is not accepted, it will have to be destroyed.

According to what he told the British media, the man feared “that he did not have enough time to wait for officials to sign his ‘dream project'”. “I just didn’t want to wait, I didn’t want to go around waiting months for the designers at the risk of not being able to see my finished house.”

The man said he realizes that his justification is not enough. But he says that “If they let me demolish it, I’ll have to obey but it will break my heart“.

Cancer, stress “increases the risk of death”: diet and sex, a study reveals the “determining” factors

Videogames entered his life in the late '80s, at the time of the first meeting with Super Mario Bros, and even today they make it a permanent part, after almost 30 years. Pros and defects: he manages to finish Super Mario Bros in less than 5 minutes but he has never finished Final Fight with a credit ... he's still trying.
Previous here are the vintage items that are worth a fortune today
Next The island, the film starring Scarlett Johansson accused of plagiarism