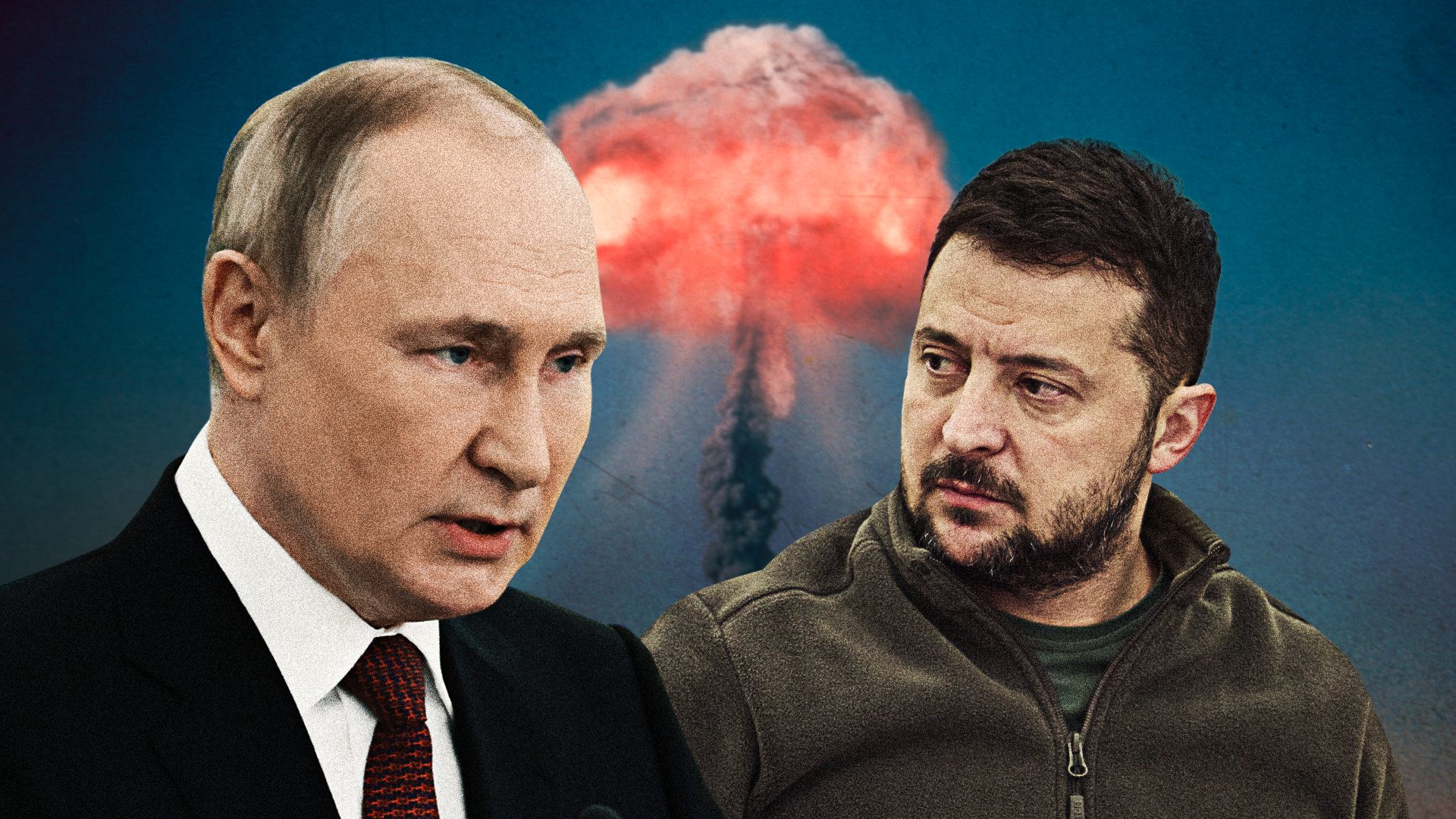 He does not want peace, the Kherson retreat does not change plans

“The withdrawal from Kherson will not open to negotiations”. And the absence of the head of the Kremlin at the Bali summit “demonstrates the willingness to continue the war”. While Russia slips into an “increasingly unsustainable” isolation.

“The Russian will to continue fighting remains intact”, after the failure of Kherson. And if the Tsar defects the Group of 20 conference in Indonesia, it is certainly not because he is ashamed of the progress of the Ukrainian conflict but only because “he is not interested in opening a peace process” for which the summit could be a flywheel. The Russian president “does not see the possibility of bringing home any kind of diplomatic success”, given the degree of isolation in Moscow. An isolation that starting next year will be increasingly difficult to sustain “. Anton Barbashin is not optimistic about a political solution to the conflict in Ukraine and the future of Putin’s Russia. Barbashin is the editorial director of the Riddle think tank, which specializes in Russia’s domestic and foreign policy. Fanpge.it reached him by telephone in the European location where he is for security reasons after being forced to leave his country for criticizing the regime.

The Russian withdrawal from Kherson and the Bali G20 seemed to fuel hopes for a peace process. But there are no signs of an impending ceasefire. And Putin snubs the Indonesian opportunity and stays in Moscow. How to interpret these circumstances?

The retreat and the G20 defected by Putin are two sides of a coin. As for Kherson, settling on the east bank of the Dnipro does not in any way imply an intention to seek a political solution to the conflict. Russia is just leaving a city it cannot defend. It is a limited strategic failure, albeit of high symbolic value.

“Putin is no longer aiming to win, he is buying time”: this is why Russia withdrew from Kherson

Paradoxically, Russian forces are withdrawing from Russia, as Kherson was annexed and proclaimed “forever” Moscow territory just a month ago. Doesn’t such a “symbolic” step express the desire to grant something to a future negotiating table?

The Russian will to continue fighting remains intact: the propaganda narrative does not stop, the preparation of the newly mobilized soldiers continues and there are no concrete signs of the will to negotiate. And the fact that Putin has decided not to go to the G20 in Indonesia proves this.

But where there is an unclear situation, tiredness of the forces on the field and a clear line of defense – such as that of Dnipro – space often opens up for negotiations.

It depends on both sides. I do not see the will to recognize anything on the part of Moscow. I believe that the will remains to take back the territories ceded with the retreat. Nor does Kyiv want to stop its counter-offensive. In theory, there could be a “technical pause” in the fighting but not a real ceasefire. In this part of the year the movement of troops and armored vehicles is more difficult. A slowdown in the war, however, would certainly not be the prelude to some concessions that could favor a solution. Indeed, the Kremlin seems to be preparing for a continuation of the war effort. The Federal Council (the Russian Senate, ed) is proposing a law that will allow prisoners to be brought to the front, in the official army and not only among the mercenaries of the Wagner group. The stakes are still too high and Russia will continue to play, Putin is not thinking of a ceasefire. And anyway, given the course of the conflict, I doubt Kyiv would accept it.

Given the dynamics on the ground, a temporary ceasefire could be useful to Putin.

Both sides would take advantage of this to prepare for the next phase of the war.

So it would also be useful for Ukrainians.

Any attempt to cross the natural Dnipro line would result in a bloodbath, if the Russians are well entrenched. Ukrainians should prepare carefully. But, I repeat, a pause would not mean that the two sides want to agree to really stop the conflict. There is nothing to say, at the moment, between Moscow and Kyiv. Nor between Moscow and Washington. This is why Putin will not go to the G20 in Indonesia.

Vladimir Putin, beacon of international sovereignty – excuse the oxymoron – and proponent of multilateralism does not go to the G20 in Bali, an ideal stage for his anti-Western tirades. This too is a paradox.

He doesn’t go there because he has nothing to discuss. You have already said everything in your public speeches in recent months. And international support for the Kremlin’s actions has certainly not strengthened. Even North Korea distances itself from Moscow on ammunition supplies. It is now clear to everyone, including the so-called “friendly countries”, that Russia is losing the war And no one wants to be part of this defeat. Putin does not have many sides to rely on. And he’s not interested in peace anyway. Only, if anything, a slowdown in the fighting. It is therefore useless to go to the G20, where it would actually be possible to start a process leading to an international conference on Ukraine but where at this moment Putin sees nothing to achieve.

Will Putin not be at the G20 because he wants to continue the war?

Everything that transpires suggests that the Kremlin intends to continue the war. And that it prepares for new offensives in the near future.

In the meantime, however, by not going to Bali, Putin will avoid a direct dialectical confrontation with Washington and the West. A sign of moderation?

I think Putin wants to avoid the feeling of loneliness he felt when he was excluded from the G8 after the annexation of Crimea in 2014. Because today his isolation is even more severe. Besides, he doesn’t see the convenience of any gesture he might make. He could only repeat what he has said a thousand times about the magnificent fate of multilateralism and the “faults” of the US, NATO and the West. Maybe he’d like to do it too. But it would remain an end in itself. She doesn’t see an opportunity to build anything really useful to his cause. On the sidelines of the G20, which is where the things that really matter are dealt with, Putin could not make deals or sign documents that would bring water to his mill. He would find himself in a diplomatically uncomfortable situation. It’s called isolation. Even within the G20, Putin is effectively isolated. And he knows it.

In the ministerial conferences to be held on the sidelines of the G20, the Indonesian presidency is aiming for agreements on food and energy security. Do you think that the Russian Foreign Ministry Lavrov, which will participate albeit without its president, could concede something on these fronts?

With regard to food security, after having temporarily left it, Russia joins the Turkish-brokered wheat agreement. He has no interest in making further commitments. And on energy you will keep your hands free. There is no room for serious negotiations in these fields. Also because the military situation in Ukraine would be the stoned guest in any discussion, rendering it sterile, in the absence of a will to bring the conflict to an end.

So, whatever Putin says, this war isolates Russia and limits its diplomatic capacity.

This is certainly the case from a diplomatic point of view. Then, on the commercial level, isolation is relative. Turkey, China and India, in particular, continue to do business with Moscow. But no one really fully supports his politics. It’s all about making money. Something that Putin’s “partners” care a lot about. Russia is rich. But no one wants to get their hands dirty with a very unpopular war in the world. Although Putin sells it as a necessary transition to multipolarity – a concept to which many G20 countries are certainly sensitive.

In short, the Ukrainian war makes Russia unattractive even to those who would gladly approve its foreign policy and continue to do business with Moscow.

Diplomatic support, including from major trading partners, is less and less evident. In this sense, Russia is isolated. But it’s not North Korea yet. Anyone can buy the latest iPhone even today, in Russia – for example. Only, you pay 30-40% more. There are many ways around the sanctions. The most effective sanctions are financial ones. And in this sense too, Moscow is now isolated from the international system. Financial sanctions also limit trade with the Chinese giant. Which remains the main point of reference for replacing goods that no longer arrive from the West and in theory offers the greatest possibilities to Russian entrepreneurs.

Can Russia survive economically, isolated from the West?

No, the current situation is not sustainable. Revenues from oil and gas sales have accounted for 50% of state revenues in recent months. And in the near future, from 2023, the Western embargo on energy products will weigh dramatically on public finances. Because it will not be possible to immediately find new markets to replace the European one. The government will therefore have to raise taxes. The Russians will still see their spending power shrink. Not to mention that the war, the call to arms of some of the population and the flight from the country of those who do not want to fight already have a strongly negative effect on businesses. The Russian economy is not doing well at all.

But it proved resilient, stronger than expected.

It is almost unbelievable that the worst has been avoided for now. But it is only a matter of time. And social stability is also at risk. Discontent may soon emerge, capable of turning into protests, among citizens and soldiers. Of course, everything could sadly remain under control as in a Russian version of North Korea. But the two countries are too different. And in Russia, the custom dictatorship currently in power would suddenly collapse as soon as Putin disappeared from the scene. We are not North Korea. And we are no longer the Soviet Union, which had a well-organized state system and ideology behind the dictatorship. There is nothing behind Putin. Only his associates. It is also not clear how much consensus the president really has among the population. The propensity to protest and the desire of the military to go home may turn out to be greater than polls record. Everything can change very quickly in Russia.

Videogames entered his life in the late '80s, at the time of the first meeting with Super Mario Bros, and even today they make it a permanent part, after almost 30 years. Pros and defects: he manages to finish Super Mario Bros in less than 5 minutes but he has never finished Final Fight with a credit ... he's still trying.
Previous Dybala immediately, then Wijnaldum: this is how we return to summer dreams – As Roma football news – Interviews, photos and videos
Next the secrets of his physical form