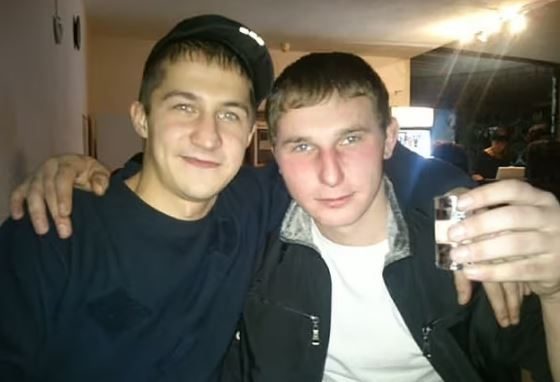 He forced his friend to dig his own grave and kill himself for raping his daughter, father released after 6 months

Consulting his friend’s phone, the Russian father had discovered that the man had raped his 8-year-old daughter and had decided to take justice for himself. For this he was sentenced by a Russian court but, six months after the sentence, the man is again free to embrace his little daughter.

After learning that his best friend raped his 8-year-old daughter, forced man to dig his own grave, inciting him to kill himself. For this he was sentenced by a Russian court and jailed but, six months after sentencing, now the 35-year-old dad is free again to hug his little daughter.

Vyacheslav Matrosov was sentenced last April to 18 months in prison for inciting suicide, but in recent days, well ahead of schedule, the man was released from prison after just six months in prison and returned home as a wife and daughters.

A news welcomed with joy by his fellow citizens of the village of Vintai, in the eastern region of Samara near the Volga River. In fact, they had always fought with campaigns and appeals for the man to be acquitted and then freed. “Any father would have done it. This will be an example for everyone “stated the petition signed by the residents and addressed to the Russian Ministry of the Interior and the Investigative Committee.

He buries his 6-year-old daughter alive as punishment and leaves her overnight, ogre dad arrested

The story dates back to last year when the 35-year-old worker discover disturbing videos on the cell phone of friend and colleague Oleg Sviridov, 32 years old. The two had gathered to drink together and had also gotten drunk. When the 32-year-old fell asleep, his friend started viewing photos and videos of him on his phone and was horrified to discover that there was a scene of violence on the daughter from the friend.

According to what was reconstructed, the little girl’s father immediately confronted the 32-year-old who, however, would have run away. At this point the 35-year-old had reported the rapes to the local police but in the meantime he had started hunting for his friend and he had managed to track down the alleged pedophile before the agents.

At this point the threats that had forced the 32-year-old to dig his own grave where he then died from a stab. Initially the father was accused of murder but the Samara court, not far from Togliattigrad, concluded that Sviridov took his own life during the brawl in the woods where the child’s father had dragged him and then buried him.

Videogames entered his life in the late '80s, at the time of the first meeting with Super Mario Bros, and even today they make it a permanent part, after almost 30 years. Pros and defects: he manages to finish Super Mario Bros in less than 5 minutes but he has never finished Final Fight with a credit ... he's still trying.
Previous Alonso mirror case, short circuit between Clerk of the Course and Commissioners – Zoom
Next all about the film with Jennifer Lawrence