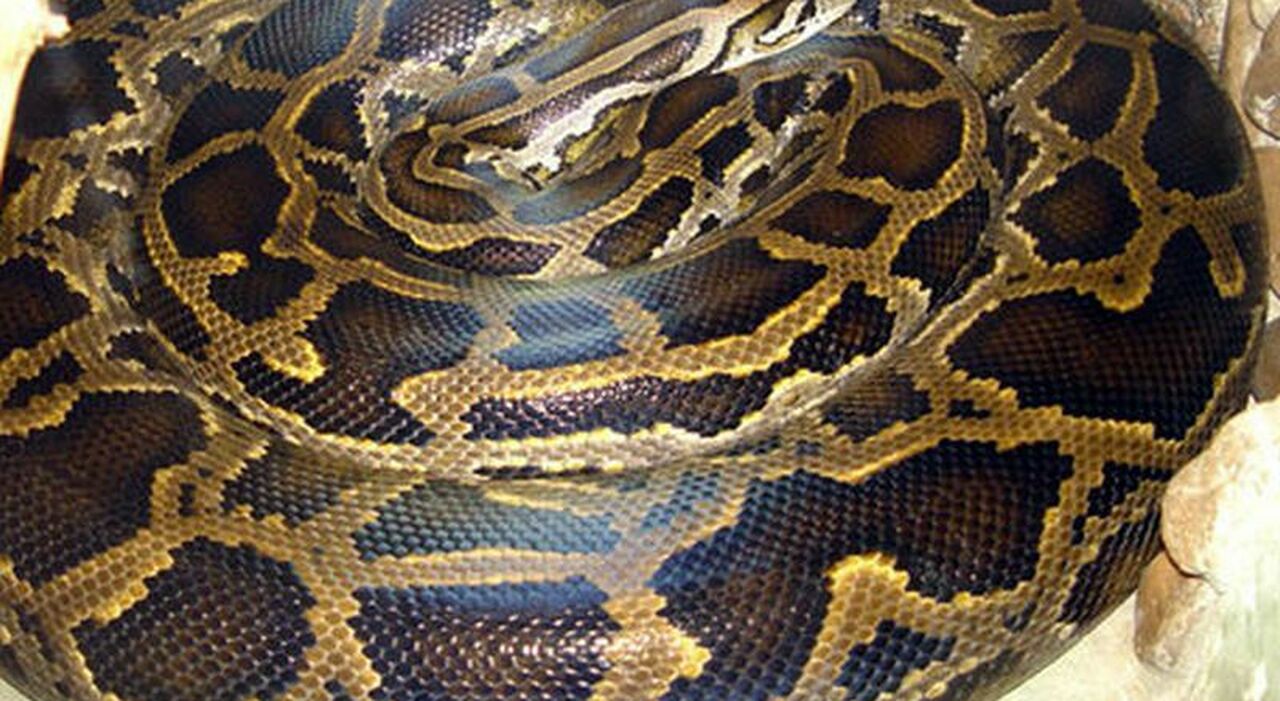 
Go find the wife but it turns out that it was swallowed from a python. A woman had left home to go to a nearby plantation to collect rubber. The husband not seeing her come back he went to meet her, but once on the field he found only the woman’s sandals, discovering only after she had been attacked by the animal.

The 54-year-old woman from Jambi province on the island of Sumatra, was devoured by a 7-meter python. The shocking discovery was made after undigested remains of her body were found in the animal’s belly.

The woman’s family had reported the disappearance not seeing her return home from the fields, finding the shoes and a veil of the 54-year-old they had imagined something serious had happened but they would never have thought of the attack of a python.

Only a few days later the villagers found the animal with a visibly swollen stomach.

More people managed to immobilize and kill him, once his belly was opened the shock discovery was made: the remains of the woman that had not been digested were still in the abdomen of the reptile. Most likely the woman was first suffocated by the snake and then swallowed. This is a very rare attack, but it is not the first time it has happened in Indonesia.


Look for the #wife disappeared and discovers that she was swallowed by a #python 7 meters long https://t.co/70da0tzPFk

Videogames entered his life in the late '80s, at the time of the first meeting with Super Mario Bros, and even today they make it a permanent part, after almost 30 years. Pros and defects: he manages to finish Super Mario Bros in less than 5 minutes but he has never finished Final Fight with a credit ... he's still trying.
Previous Juventus, this is how much it costs to be eliminated from the Champions League. And now Allegri has “destiny sealed”
Next Secret Invasion: Emilia Clarke in the new photos from the set of the additional shots | TV