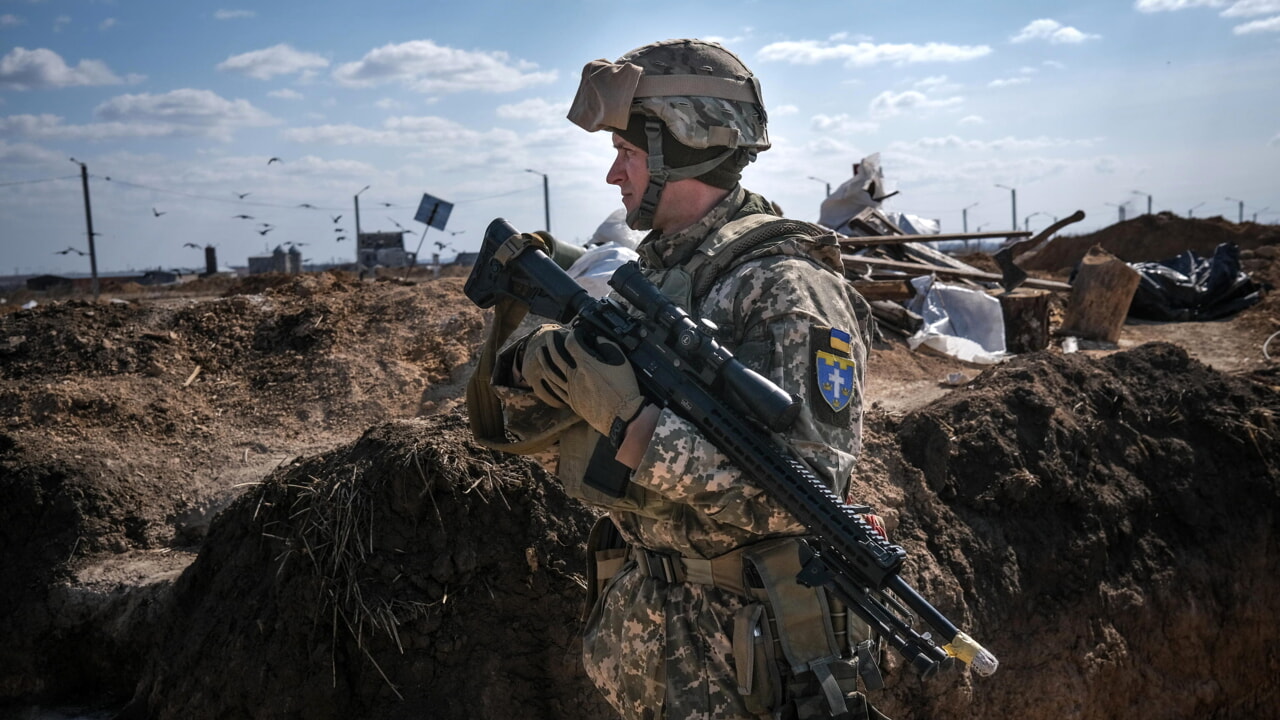 Here is who is really helping Ukraine military and financially

The European Union, the United States and NATO have promised Ukraine to support it against Vladimir Putin’s Russia until this war is brought to an end. In the conclusions of the last European Council, the leaders of the Twenty-seven vowed to support Kiev “for as long as necessary”, and to continue “to provide strong political, military and financial support”. Since the beginning of the conflict, however, it has been Joe Biden’s US that has promised more military and economic aid than any other nation, even more than all the EU member states combined.

According to the latest calculation by the Institute of the Kiel Institute for the World Economy, a German research institute that created the Ukraine Support Tracker, a tool to track military and economic aid to the country led by Volodyyr Zelensky, between January 24 (one month before the last invasion) and on 3 October Washington represented 56% of total commitments with 52 billion, compared to 40% of all European countries understood as EU member states, EU institutions, Switzerland and other European NATO members such as the UK and Norway as well as Switzerland. The gap is starker when it comes to military assistance, of which more than two-thirds of the armaments have been provided by America and about a quarter by Europe.

The big deal of the war: thus the Ukrainian conflict has caused arms purchases to explode

However, if you compare assistance to the Gross Domestic Product of each state, then you notice how the small Baltic countries and the nations bordering Ukraine are the ones who are really making important sacrifices to help it. Even with respect to welcoming refugees, another way to help the country, it is the states of the region that are making the lion’s share. According to a rough calculation, refugees have so far cost Poland 0.71% of its GDP, while only 0.08% of Germany’s and 0.01% of Britain’s.

“The United States is making almost twice as much effort as all EU countries and institutions combined. For the larger European states this is a meager achievement, especially as many of their commitments arrive in Ukraine with long delays and the The low volume of new commitments of the summer now seems to continue systematically, “said Christoph Trebesch, head of the team that compiles the Ukraine Support Tracker and director of the research center of the Kiel Institute. “The US government is a much more reliable partner for Ukraine than the EU countries that have not yet disbursed the financial aid package promised in April,” he added.

According to the report, the arms deliveries made so far represent about 2% of the total stocks of tanks in NATO and EU countries, 4% of the Howitzers (anti-tank artillery) and 5% of the multiple launch missile systems (Mlrs). ). Among the main EU countries are Germany and France which have supplied Ukraine with significant shares of their stocks: Berlin would have supplied Kiev with 12% of Howitzer and missile systems while France with 15% of its missile systems. 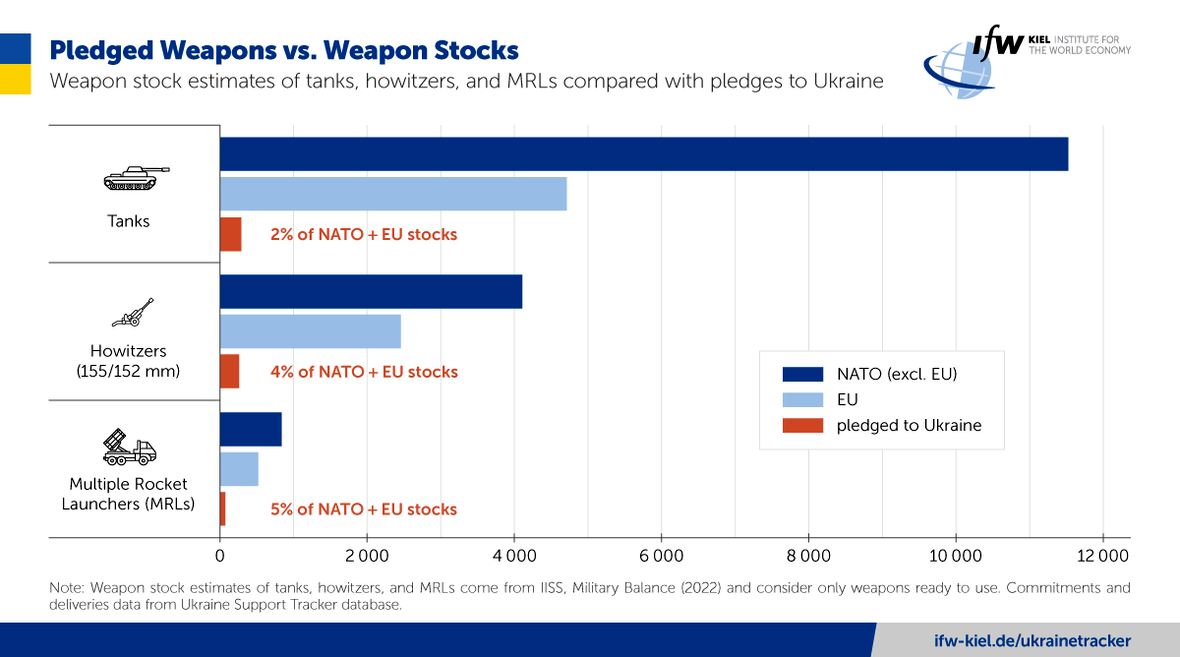 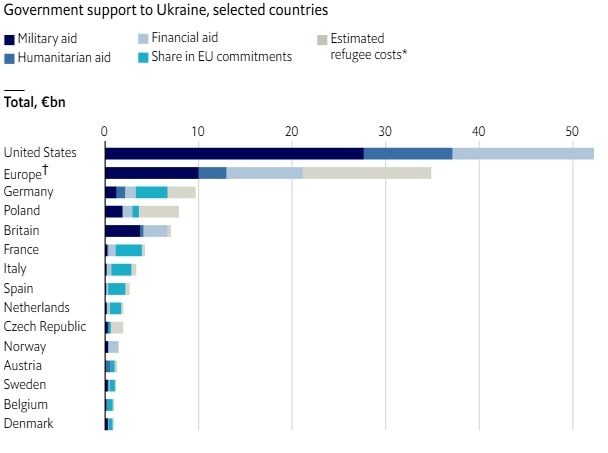 However, if we compare aid to GDP then we see that Latvia, Estonia, Poland, Lithuania and Norway are the ones that are making the most sacrifices to stay alongside Kiev, putting in total 0.92, 0.85, respectively, on the plate. 0.48, 0.43 and 0.38% of its gross domestic product. To understand, the United States is spending (or promising to spend) 0.25%, the United Kingdom 0.24 and Italy 0.04. 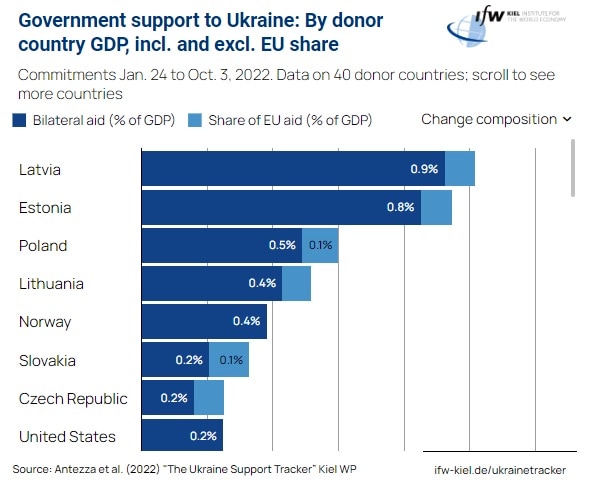 Videogames entered his life in the late '80s, at the time of the first meeting with Super Mario Bros, and even today they make it a permanent part, after almost 30 years. Pros and defects: he manages to finish Super Mario Bros in less than 5 minutes but he has never finished Final Fight with a credit ... he's still trying.
Previous Run all night: plot and cast
Next Zoe Kravitz boyfriend: who is Channing Tatum