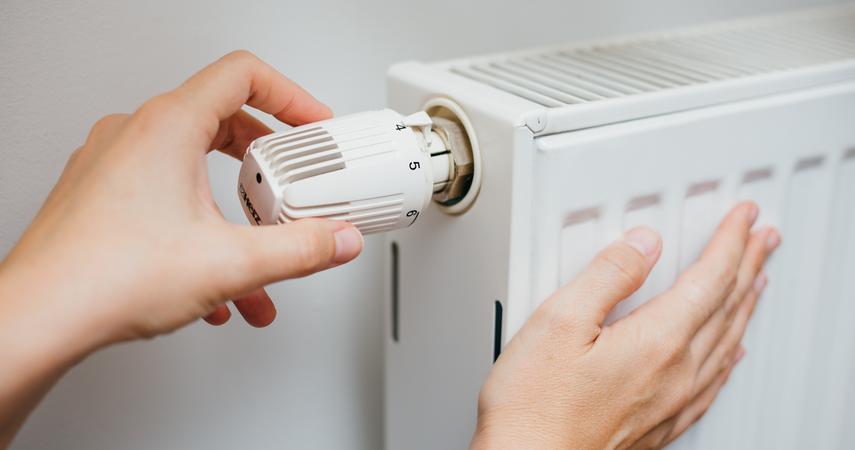 High gas prices and shortages in storage just before winter. Will we run out of gas?

The energy crisis in Europe continues. The problem is not only high prices of energy and energy resources, but also shrinking gas reserves. Across the EU, concerns are growing as to whether we will run out of blue fuel this winter. The largest national gas company argues that Poles have no cause for concern. However, Russian Gazprom has proved more than once that by controlling the gas supply, it can cause quite a stir on our continent.

The heating season has started, while the degree of filling of gas storage in the European Union is at an unprecedented level at this time of the year in the entire past decade. Bank Pekao analysts in their latest analysis explain that the turbulences in the gas market result, among others, from from extreme weather events in the first quarter of 2021, which sharply increased gas demand, also stimulated by the economic recovery. In addition, last and this year were full of unplanned production stoppages limiting the supply.

In addition, there is a growing demand for gas in Asia and a decline in imports of blue fuel from Russia, which could not be compensated by increased supplies from other directions.

Kamil Kliszcz, an analyst at mBank’s Brokerage House, in an interview with Business Insider Polska admits that the market is full of concerns. – The filling level of warehouses in the EU is 73%. compared to 93 percent. at the same time last year. It’s also less than the five-year average of 88%. Very high spot and monthly gas prices show that the market is concerned about its availability during the heating season. The more so as the prices on the LNG markets are also high, explains Kliszcz.

The situation in Europe has an impact on the Polish market, which we can see especially in rising gas bills. According to Kliszcz, however, we do not have to worry about the availability of gas in winter. As long as Gazprom does not enter the game.

– In Poland, the warehouse filling level is 95%, so our situation is similar to the year before. Therefore, there does not seem to be any risk of deliveries in our country. The problem may be the political limitation of supplies from the East, says mBank’s BM analyst.

The emotions are also cooled by the largest domestic gas company, PGNiG, which ensures that it is well prepared to meet the high demand of customers for blue fuel.

– The company has appropriate contractual security as well as reserved transmission capacities in domestic and cross-border gas pipelines and adequately high stocks in underground gas storage facilities, which ensure energy security of consumers. PGNiG reserves additional transmission capacities on an ongoing basis and makes balancing gas purchases, the PGNiG press service informed us. – To sum up, there is no reason to worry, there will be no shortage of gas fuel – concluded the gas company.

The market, however, is concerned about Gazprom’s actions, which may aggravate the gas crisis in Europe. As emphasized by the head of the Office of Competition and Consumer Protection, the restriction of gas transit to the EU is visible via the Yamal gas pipeline, co-owned by Gazprom. This translates into significant difficulties with replenishing stocks of this fuel in European countries before the start of the winter season. There were also restrictions on trade on European stock exchanges and the St. Petersburg SPIMEX exchange caused by the company, where Gazprom introduced a limit of up to 50 percent. available gas volumes.

According to the Office of Competition and Consumer Protection, Gazprom has enough gas to meet the demand, as evidenced by the lack of supply problems on the Russian market, where there is also no price jump for this raw material, which is observed in Europe.

– There are many indications that the unilateral actions of Gazprom, which is the main gas supplier to Europe, may constitute a manifestation of the prohibited abuse of its dominant position in the internal market —Stands Tomasz Chróstny, President of UOKiK. That is why, at the end of September, he applied to the European Commission to investigate Gazprom’s practices.

– Moreover, the last weeks show more and more clearly that controlling the supply of gas supplied to Europe and causing uncertainty in the field of gas supplies through Belarus may serve to increase the pressure on the certification of the Nord Stream 2 gas pipeline. just KE. Currently, European consumers, entrepreneurs and the economies of the Member States are paying the bill for not reacting to the Russian monopoly – convinces Chróstny.

Prices will go up even more

One thing is certain for experts – the prices of blue fuel for Polish consumers will continue to grow. This year we have already dealt with three tariff increases for the sale of gas to households. The September change in the tariff for the main seller – PGNiG OD – brought a price increase of 7.4 percent. It will hurt most those who heat their homes with gas – in their case, the average payments will increase by PLN 13.76 per month.

The Energy Regulatory Office explains that from the beginning of 2021 we have been observing a significant increase in natural gas prices throughout Europe. For companies selling gas on the retail market, this translates into an increase in the costs of obtaining this fuel. For example, the cost of purchasing gas on the Polish Power Exchange in January of the following year in October 2020 was PLN 73.75 / MWh, and a year later, in October 2021, it was already PLN 420.2 / MWh. So in the period of twelve months there was an increase by 470 percent.

According to analysts, we will face further increases in gas prices for households. – Certainly, further tariff increases are justified. According to my estimates, the average cost of obtaining gas by PGNiG in 2022 will be approximately 45-50 percent higher than the current tariff. (only gas price, without distribution). Of course, it will partly depend on the price level in 2022, but most of the items will probably already be secured by the end of this year – estimates Kamil Kliszcz. – However, I would like to remind you about the last legislative proposal concerning the “possibility” of spreading the increase over the next years – adds the analyst.

At the end of October, the Sejm adopted an amendment to the Energy Law, which will enable companies trading in blue fuel to transfer the increase in gas purchase prices to subsequent tariff periods. The purpose of the regulation was to prevent abrupt increases in gas prices in 2022.

Rising prices of blue fuel are also beating the Polish industry, especially fertilizer, for which natural gas is a key raw material for production. Grupa Azoty expects that the coming winter will most likely contribute to further increases in the prices of the main energy commodities such as gas, electricity, coal and fuels. As a consequence, further increases in the prices of final products in industry, including fertilizers, are possible.