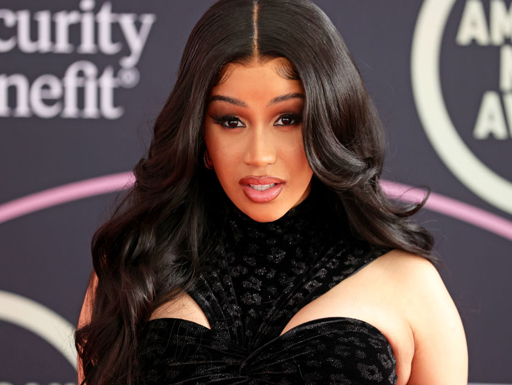 “Hot Sh*t”: Cardi B won’t release a video and won’t do much promotion for new single

the new song from Cardi B called “Hot Sh*t”is a partnership with Kanye West and Lil Durk, and is almost among us. Scheduled for release this Friday, July 1st, this is the rapper’s first release in over a year, but she’s not happy at all and won’t be releasing a clip or doing much publicity for the track.

Live on Instagram, recorded by her fans, Cardi B was frustrated and upset with her team, who, according to her, had kind of “given up” on “Hot Sh*t” and that’s why the release of the song won’t come with a music video and she won’t make a proper promotion, she’ll just “release it the way it is” and hope it’s successful.

“I wanted to cancel my release this week, because things are not being done as they should… I haven’t released a single for almost a year and three months, I think my last single was last February. But then, I thought, it’s too drastic…”explained the rapper, who continued:

Cardi B talks about “Hoty Sh*t”

Long time without releasing music, Cardi B know that “Hot Sh*t” is highly anticipated and she assures us that everyone will love the song and that it is a track quite unlike anything she has done so far.

“I’m going to release this song, if it does well, if it does well. I think it will do well because at the end of the day, the music is amazing. I love music! It’s something you’ve never heard from me before…”said the rapper, who continued:

“I think people expect a lot of bitching and blah blah blah… You keep saying that I make songs for TikTok and this and that… This is definitely not like that! It’s a fun, great song. It’s masculine, it’s great for the clubs, for the bitches. And I’m going to release it, but unfortunately I’m not going to release it with a music video… I’m not in the mood for a lot of things.”

Part 2 of her statement. pic.twitter.com/OXG5VFr8Nx

At another time, in a conversation on Twitter Spaces, Cardi B also commented that “Hot Sh*t” it’s a recording of about three years and that with everything that’s going on, she’s already getting ready for the release of the next single, which should happen in a couple of months.

Videogames entered his life in the late '80s, at the time of the first meeting with Super Mario Bros, and even today they make it a permanent part, after almost 30 years. Pros and defects: he manages to finish Super Mario Bros in less than 5 minutes but he has never finished Final Fight with a credit ... he's still trying.
Previous Mary Mara drowned in a river in New York. The Lost and Law & Order actress was 61 years old
Next Jason Schwartzman in the cast of the Hunger Games prequel: his role revealed!