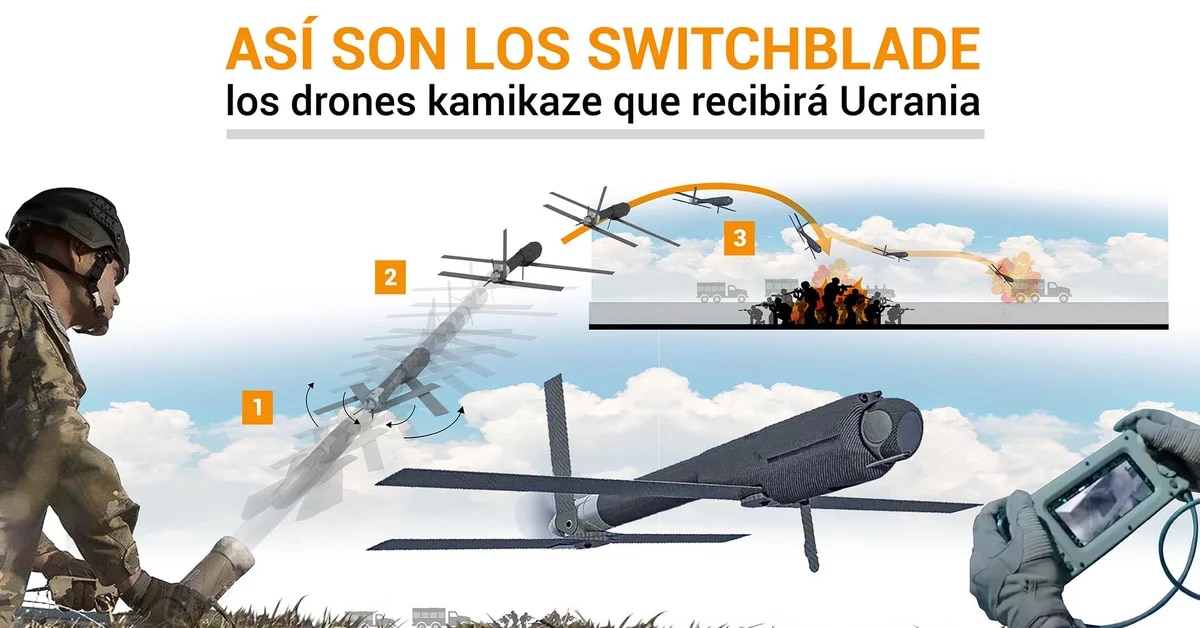 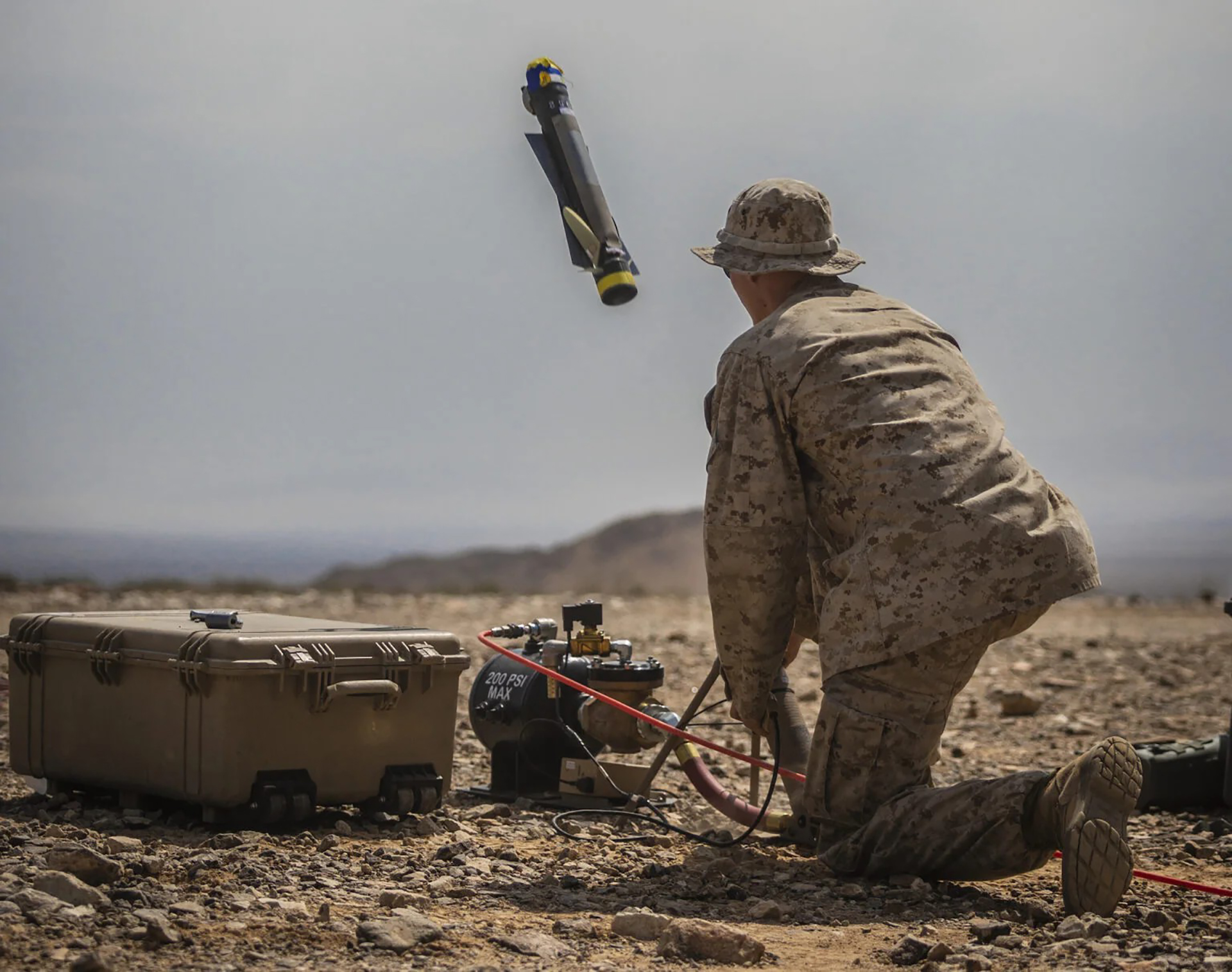 US to send Switchblade drones to Ukrainian forces

On Wednesday, March 16, the President of the United States, Joe Bidenannounced the dispatch of “longer-range” anti-aircraft weapons and 100 US drones to Ukraine to maintain strong resistance against the invading troops of Vladimir Putin.

In the case of drones, it is the switch blademanufactured by the North American company AeroVironment, also known as “kamikaze drones” or “suicide missiles”which thanks to their light size – similar to that of a baguette – have great precision and are more subtle than, for example, the Javelin anti-tank missiles, also supplied by the US forces.

There are two models of these “loitering munitions”. The Switchblades 300 they are the smallest. They measure about 30 centimeters, weigh almost 2.5 kilograms, and are launched from a small tube similar to a mortar. With a precision attack with advanced ammunition, they have a range of 10 kilometers and an autonomy of 15 minutes. Its cruising speed is 101 kilometers per hour, and the running speed is 161 kilometers per hour. They operate at an altitude of less than 152 meters.

Its grenade-sized warhead is effective against unarmored vehicles and groups of troops; cannot penetrate tank armor.

The other model is Switchblade 600. In relation to the previous ones, they are larger and more effective against armored targets: They weigh about 22.5 kilograms and measure 1.3 meters. They have a precision attack with an armor-piercing warhead, which makes it useful against vehicles. They have an operating altitude of less than 200 meters, their range is 40 kilometers, and the flight autonomy amounts to 40 minutes. Cruising and running speeds are 113 and 185 kilometers per hour, respectively.

Both models are operated with a tablet, can be configured in minutes and, according to AeroVironment, can easily slip past Russian air defenses because they are difficult to detect by radar.

Although the US authorities did not specify which model will be sent to Ukraine, it is presumed that they would be the first, the Switchblade 300. These may be very important to Ukrainian forces as the country’s cities are increasingly subjected to heavy artillery shelling.

An article published by The Economist quote to Nick Reynoldsan analyst at Rusi, a British defense think tank, who explains that these types of drones can be used in particular against artillery batteries, whether they are cannons or rocket launchers, since they are “softer” targets than tanks.

Robert Bunkerdirector of research and analysis at c/o Futures, a California security consultancy, adds that the accuracy offered by the Switchblade allows you to focus on high-value targets: not only artillery targets, but also artillery unit headquarters and command vehicles.

The close-up vision offered by the optical camera and the infrared thermal camera on board the ship allows the targets to be chosen with special care and precision. Video from these sensors, as well as information from GPS and image processing, are used to guide the drone. Switchblade is also designed to receive targeting information from other drones, allowing you to follow and find selected targets. This makes it just one weapon among many others that can be directed at a target with the information provided by other drones.

This is how Switchblade kamikaze drones work

In addition, if the operator realizes that he has made a mistake while the drone is approaching, or even observes that there are civilians nearby, it can suspend the attack and divert the drone until another target is identified. This is an advantage Switchblades have over other types of marauders, such as weaponized drones. For example, the Bayraktar tb2 missile carriers from Turkey helped Ukraine establish its defense in the early stages of the war. However, they are the size of a light aircraft and require considerable supporting infrastructure, such as runways and refueling facilities.

A Switchblade, on the other hand, can be carried in a backpack (it’s the size of a baguette). and be deployed when needed. It is also cheaper, easier to distribute and can be operated with minimal training.

“[A diferencia de] With radio-controlled devices, the operator does not pilot the aircraft, he simply indicates what he wants to look at, what he wants the camera to point at, and the on-board computer flies the aircraft to that point and stays on target,” he explained. steve gitlindirector of marketing for AeroVironment, to The War Zone in 2020. “We have a similar capability in our tactical drone systems. You could lock onto a target and the aircraft would basically hold position on that target, autonomously.”

A month after the start of the Russian invasion, which has already left millions displaced and thousands dead and wounded, the Ukrainian forces are well prepared to use the Switchblades. In fact, long ago, even before the war with Russia, the Ukrainian military authorities realized that loitering munitions could be effective against the threat of Putin. 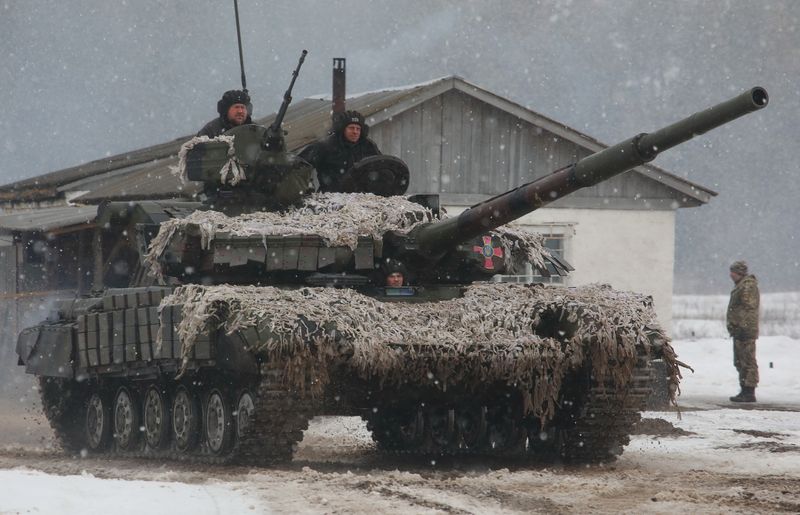 In 2017, the government of Volodimir Zelensky signed an agreement with the wb Group, a Polish electronics company, to buy supplies of its Warmate marauder launcher. However, legal problems interfered with its planned deployment for last year. For that reason, Last December, the Defense Ministry announced that loitering ammunition units would be formed within the Ukrainian military.

Also, several Ukrainian companies are already developing prowlers. The most advanced project is Athlon Aviaone of many companies that sprang up to help the armed forces before, during and after the 2014 Crimean crisis. Three other companies -Adrones, CDET and Cobra- are working on the development of these kamikaze drones.

Ukrainian forces already have a fleet of Turkish-made drones that drop precision-guided weapons. They also have “The Punisher”Relatively small and agile, it can travel up to 30 miles behind Russian enemy lines and is extremely difficult to detect.. When it flies at about 400 meters, it can stay in the air for several hours.

While Ukraine tries to stock up, as best it can, with more weapons, shipments continue to arrive from its allies, such as the United States. In addition to the Switchblades, the Biden administration also announced the provision of 800 anti-aircraft missiles, 9,000 anti-armor shells, 6,000 rocket launchers, 1,000 lighter weapons to destroy armored vehicles as well as grenade launchers, rifles, pistols, machine guns, shotguns, and millions of bullets. However, According to Washington, it is the kamikaze drones – which have already been used by US forces in Iraq and Afghanistan against the Taliban – “which will deal the final blow to Russia.”

He likes dogs, pizza and popcorn. Already a fanboy of Nintendo and Sony, but today throws anything. He has collaborated on sites and magazines such as GameBlast, Nintendo World, Hero and Portal Pop, but today is dedicated exclusively to Spark Chronicles.
Previous almost out of spite, an unpublished photo of Jared Leto’s version arrives on social media
Next Oppenheimer: Emily Blunt in the new photos from the set

In Taormina the gigayacht Infinity: 117 meters of luxury, comfort and technology 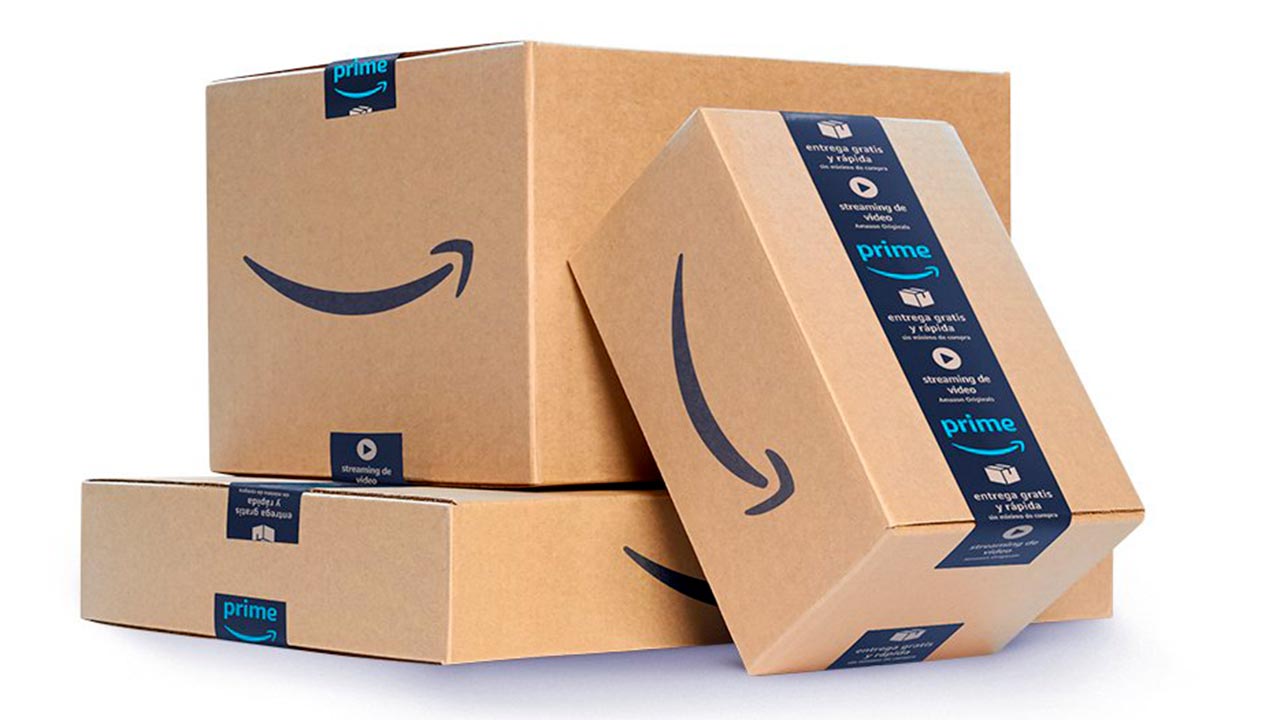 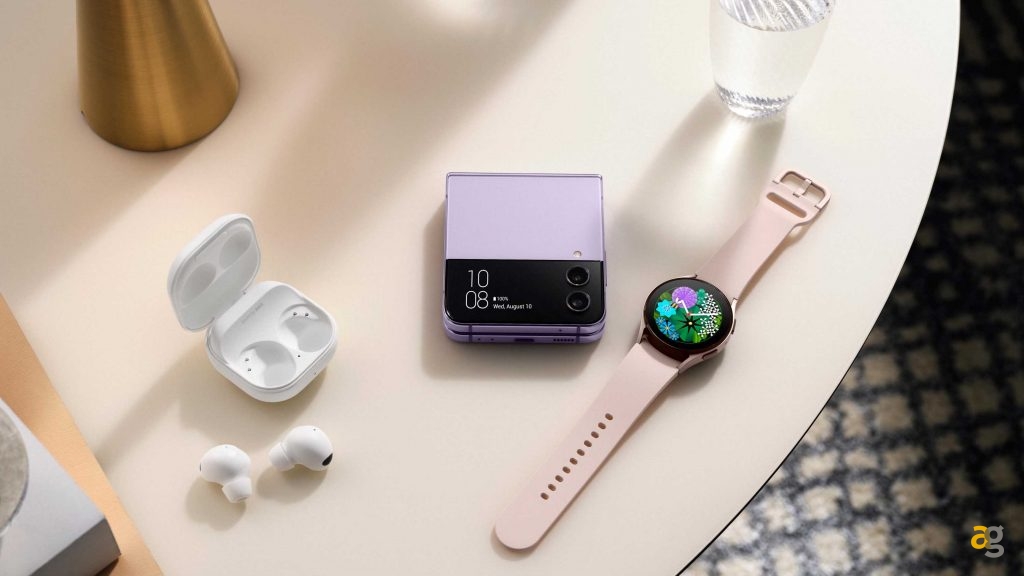 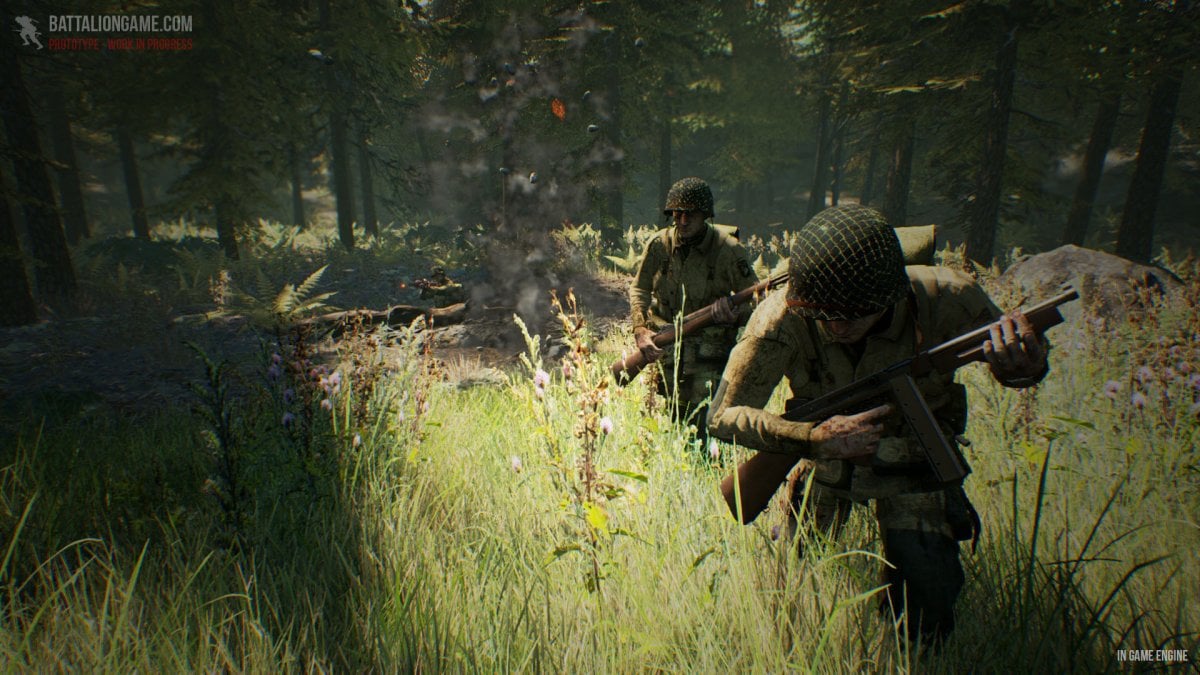