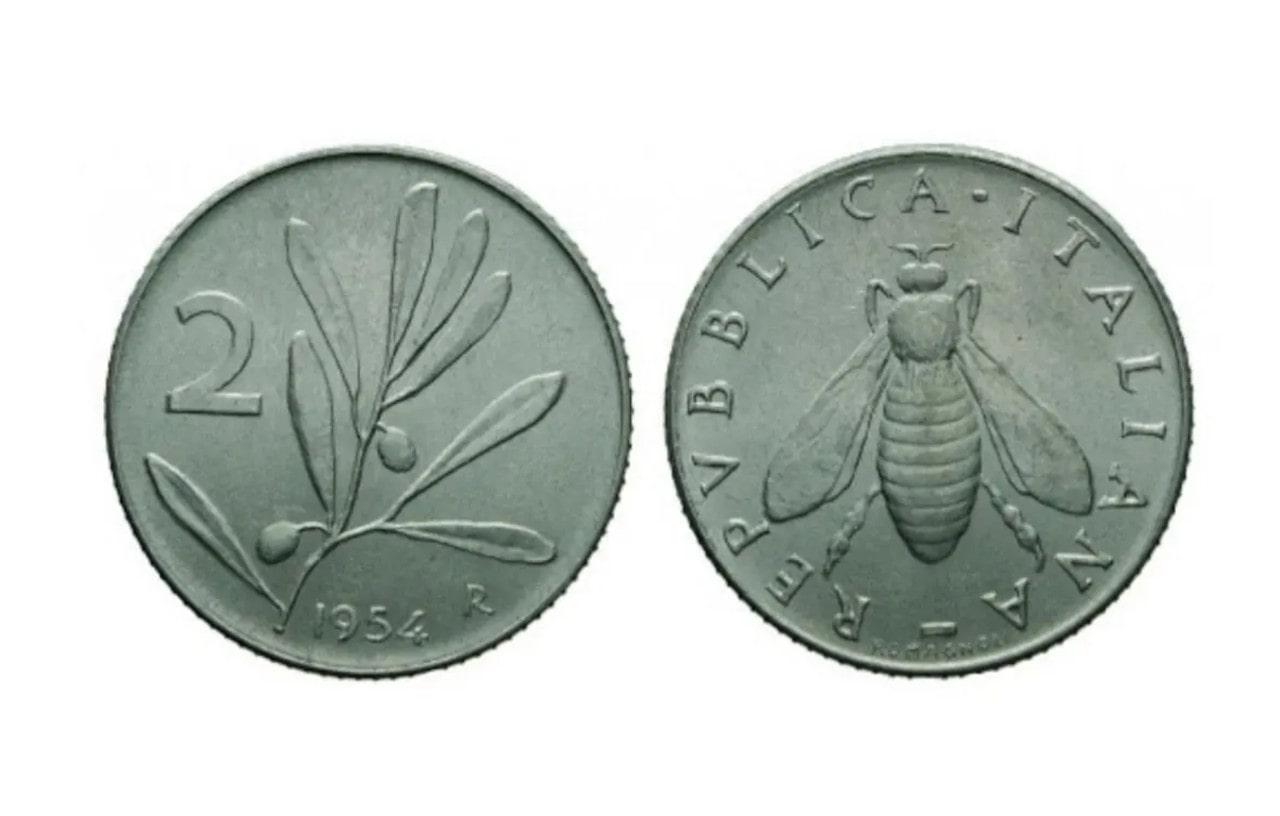 How much can these old two Lire be worth? Here’s what the expert says

The Lira is that currency that, despite being out of circulation for over 20 years, continues to represent for many of us a pleasant memory. It was the main currency from 1861 to 2002 and many people, shortly before the Euro took over, decided to keep some copies as a souvenir or simply as a sign of esteem for this currency. During the years, many of these coins they then acquired a great value; some pieces for rarity, others for particular stories or minting errors. In the next lines we talk about the two lire with the beea collector’s item with a price that is anything but negligible.

This coin, in particular, was minted every year starting since 1953 to replace what they were the two lire spigto. She was produced every year until ’59; then there was an interruption that lasted until ’68, from then on it was minted for another couple of years. In the front, we can see the representation of a bee with the inscription “REPVBBLICA ITALIANA“, While on the other side, an olive branch. Also known as two lire olive, the specimen most wanted is that of the year 1958vintage in which they were produced only 125,000 specimens. For this reason, it assumes a certain importance for many collectors who want precisely the two lire of that year. Its valuein brilliant uncirculated, an expression that is used to define its excellent conditions, is 500 €.

But be careful, always remember that in addition to the rarity they are the conditions of a currency to decree its value; an old and damaged coin will never have the same price as one in excellent condition. Also, it is good that you know that all other specimens of two lire with the bee available on the market, hyear a much lower value than the one we have just analyzed; being considerably more common, the price goes from 7 to 25 € approximately. Now you just have to find out if you are lucky enough to find this old coin at home, perhaps in some old wallet or at your grandparents’ house, never say never!

The variety offered by video games never ceases to amaze him. He loves OutRun's drifting as well as the contemplative walks of Dear Esther. Immersing himself in other worlds is an incomparable feeling for him: he understood it by playing for the first time in Shenmue.
Previous The most romantic restaurants on Tripadvisor: I 2 Campani on the Amalfi Coast
Next Serie A, the retreats of the big players during the break for the World Cup