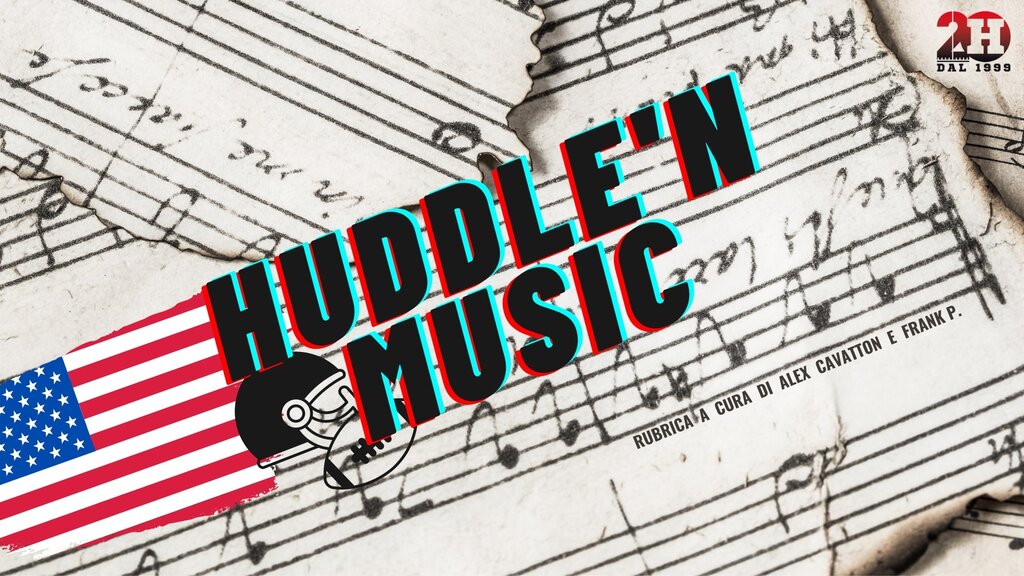 Huddle’n Music: Tim, Faith Hill and the miracle of the Music City

All the football fans who approached the world of the NFL in the nineties (in addition of course to those, alas later in the years, who did so in the 80s) remember well where they were and what they were doing (obviously , they were watching the NFL on television) on the evening of Saturday 8 January 2000. That weekend began the best time of the year for an NFL football fan: the Playoffs. The AFC Wild Card opening match at 12:30 ET (6:30 pm in Italy) featured the Tennessee Titans and Buffalo Bills at Nashville’s Adelphia Coliseum, now known as Nissan Stadium.

1999 is an important year for the Titans, celebrating 40 years of existence, including 30 in the NFL, as well as the change of name from Oilers (retired from the League the year before) to Titans, three years after the franchise moved from Houston to Nashville.

The Titans finish the championship with a 13-3 record but are forced to play the Wild Card match by the excellent year of the Jacksonville Jaguars who close the regular season with 14 wins and two losses and the title of AFC Central champions (the realignment of the two Conferences from 3 to 4 Divisions will only come in 2002). Coach’s Titans Jeff Fisher are led in attack by Pro Bowl RB Eddie George while the defense is anchored by the newly elected NFL Defensive Rookie of the Year, the DE Jeavon Kearse from Florida.

The Bills for their part are at the end of an era. They close the regular season 11-5 in second place in AFC East in what will be the last championship in Buffalo of DE Bruce Smith, WR Andre Reed and RB Thurman Thomas, the last 3 players left in the team since the era of 4 consecutive Super Bowls. Buffalo shows up in Nashville in the middle of a classic QB controversyas the Head Coach Wade Phillips has decided to start as a starting QB Rob Johnson instead of Doug Flutie who has won 10 of the 15 regular games played. Johnson, bought in 1998 in a trade, had a bad start (1-3) and then got injured and Flutie had replaced him very well, bringing the Bills to wild cards for two consecutive seasons. Phillips will subsequently change his version of the facts on the decision to play Johnson many times, going so far as to accuse Ralph Wilson, the owner of the franchise, of having forced him to make the change in direction.

There is a lot of anticipation among the fans for this meeting. Buffalo arrives at the match with the league’s best defense per yard conceded while the Titans’ 13 wins this season constitute an NFL record for teams admitted to the Wild Card round. unforgettable with Buffalo who in the 2003 divisional round recovered from a 3-35 run to win 41-38 in the OT against Houston, the greatest comeback in NFL history. For the Oilers / Titans fans an indelible stain, known since then as “the choke“.

The 66,000 of Adelphia attend a tight match, where the two QBs do not combine much, with Johnson completing less than half of his passes while the Tennessee QB Steve “Air” McNair launches for only 76 yards and the final calculation of the offensive yard sees Buffalo prevail by 219 to 194. The Tennessee defense comes six times to get their hands on Johnson with “The Freak” Kearse author of 2 sacks and 2 forced fumbles, while the Buffalo defense, led by 2.5 sacks by Bruce Smith scores an interception with Antoine Winfield. An Al Del Greco FG with 1:53 to play in the match brings Tennessee forward 15-13 but Johnson architects an effective drive that allows Steve christie to kick a FG from 41 yards for the advantage, 16-15, with 20 seconds on the stopwatch. What happens after the FG, gentlemen, is football history. The scheme, called Home Run Throwbackwas developed by Special Teams Coordinator Alan Lowry, who saw it successfully perform in 1982, during his time on the Dallas Cowboys staff, from special teams of Southern Methodist University v Texas Tech.

To increase the aura of the game it should be remembered that the kick returner owner, Derrick Mason and his deputy, Anthony Dorsett are not available for that action. For this reason, the man responsible for collecting the lateral pass is WR Isaac Byrd, supported by Kevin Dyson as a second option. Finding who could instead launch the side pass provided by the scheme had been easier since the OC of the titans, Les Steckel (Head Coach in 1983 of the worst team ever of my Vikings, ed), had long ago discovered in training that Pro Bowl TE Frank Wycheck was very good at throwing the ball even at great distances. During the season Wycheck had already thrown a 61-yard TD against the Falcons using a option pass and was therefore the member of the kickoff return more suitable for throwing the ball.

The kickoff team of the Bills, due to the numerous injuries that occurred during the game had been reinforced by many holders of the defense, with little experience in the special teams.

Buffalo decides to kick deep but the coach of the Special Team, Bruce DeHaven changes the call by opting for a pooch kick, a shorter and higher kick usually employed to give the opponents fewer return chances. The Titans had always tried Home Run Throwback in training situations kickoff regular or against one squib kick (a low and short kick, which usually bounces before being picked up by the returner) and are forced by the decision of the Bills to improvise the execution of the scheme, a factor that contributes decisively to the success of the call.

The high and short kick is covered by RB Lorenzo Neal who passes the ball to Wycheck behind him, almost colliding with the TE. This movement causes the fundamental mistake made by the Bills chasing Wycheck on the right side of the field, abandoning the expected football cover positions.

As per the scheme, Wycheck throws the ball sideways on the other side of the field where Dyson is. Once the ball is received, the focus of the action completely changes side of the pitch, with the entire Bills Special Team out of position except the Kicker. All that remains for Dyson is to fly for 75 yards and score the TD that guarantees Tennessee’s victory for 22-16. The call of Mike Keith, historic radio voice of the Titans summarizes all the pathos of a most unique and rare play: Waiting for the kickoff, Keith prophetically wonders “Do the Titans have a miracle left in them in what has been a magical season to this point?” and then adds “If they do, they need it now“When Dyson receives Wycheck’s side pass and leaves undisturbed towards the end zone, he begins to list the yards crossed by the runner as the second radio voice, Pat Ryan, shouts”He’s got something. He’s got something! He’s got it!“

“Five, end zone! Touchdown Titans !,”Announces Keith. “There are no flags on the field! It’s a miracle! Tennessee has pulled a miracle, a miracle for the Titans!“And ever since, this action we all know has been dubbed by the press and fans as the Music City Miracle. Tennessee’s magical season ends on January 30, 2000 at the Georgia Dome, where the Titans are defeated by the Rams in the last action of the match, with a Tennessee player tackled within one yard of the winning TD. Needless to do it on purpose, that player is Kevin Dyson.

In the States there are many jokes about the smallness of the Titans fans, especially after the move to Nashville and especially after exactly twenty years ago Houston got an NFL franchise again. Actually the fan base dei Titani is quite numerous and heterogeneous as it also counts among its fans an unsuspected one like the English singer Ed Sheeran who spent a year of his life in Nashville (2013).

But musically, no one represents Nashville’s supporters better than one of the most powerful power couples from the world of stars and stripes music: country singers Tim McGraw and Faith Hill, married since 1999 and living in Nashville together with their three children.

Samuel Timothy “Tim” McGraw is the son of former professional baseball player (notable pitcher) Tug McGraw and Italian-born waitress Elizabeth Ann D’Agostino. In 1990 he recorded the first singles and the first album, Tim McGrawwas released in April 1993. With the second album, Not a Moment Too Soon (1994), Mc Graw finds the definitive success: the album is certified six times platinum. The success continues with the following albums, which sell a lot (80 million albums sold in career) and which consecrate him as a country star. Many of his albums have debuted at number one on the charts, and many of his singles have reached the top of the Hot Country Songs chart. Among the most famous pieces of him we remember Don’t Take the Girl (1994), I Like It, I Love It (1995), and My Little Girl (2006).

Finally, how can we forget McGraw for his part in the film about the life of OT Michael Oher entitled The Blind Side where the singer played the role of Sean Tuohy, husband of Sandra Bullock.

Faith Hill, stage name of Audrey Faith Perry McGraw, is among the most successful country artists, having sold more than 40 million albums worldwide. Best nominated Adult Contemporary Artist of the decade 2000, in his career he won five Grammy Awards, 15 Academy of Country Music Awards, six American Music Awards and many other awards. 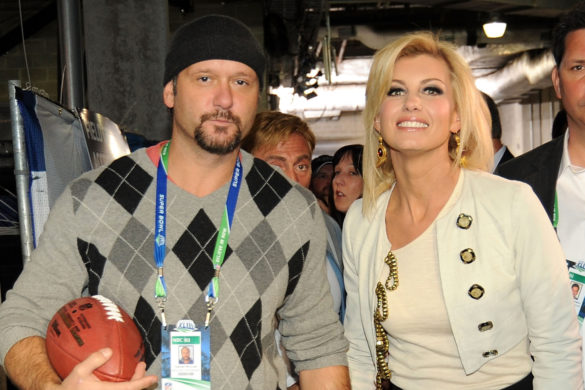 Beautiful Faith made football fans dream with the unforgettable Waiting All Day for Sunday Nightopening Sunday Night Football on NBC from 2007 to 2013, while a remake by McGraw himself of his hit I like It, I love It accompanied the segment of highlights of the weekend aired during the half-time of Monday Night Football.

Their tour Soul2Soul II in 2006 became one of the highest-grossing country tours of all time, around $ 140 million.

The couple is regularly present at home games and activities of tailgating of the Titans, with McGraw admitting to feeling sad every time the NFL championship ends. Demonstrating the strong bond with the Tennessee team, McGraw is the narrator of the Year in Review of the 2019 Titans season for NFL Films and opened with RB Eddie George the second day of the 2019 NFL Draft which was held in Nashville.

And then don’t mind Tim if for the song of the week I chose a 2012 video of Faith Hill that he plays Waiting All Day for Sunday Night gridiron version of the classic I Hate Myself for Loving You by Joan Jett & The Blackhearts. Enjoy !!

David Martin is the lead editor for Spark Chronicles. David has been working as a freelance journalist.
Previous TV shows Piqué with blonde in February, while he was still married to Shakira; singer’s friend denies cheating
Next The kisses of the cinema that have us dreaming of being on the set! 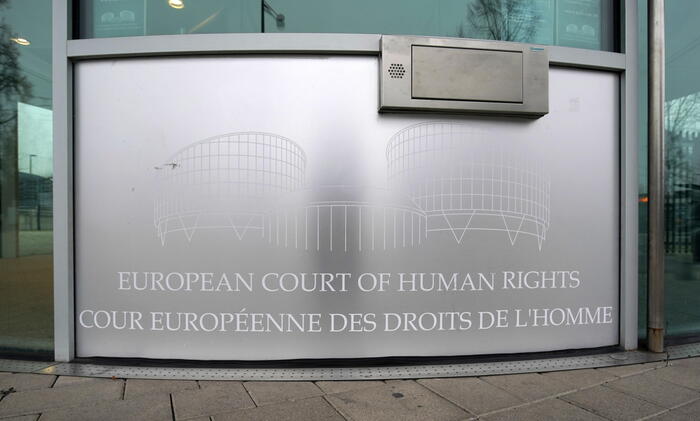 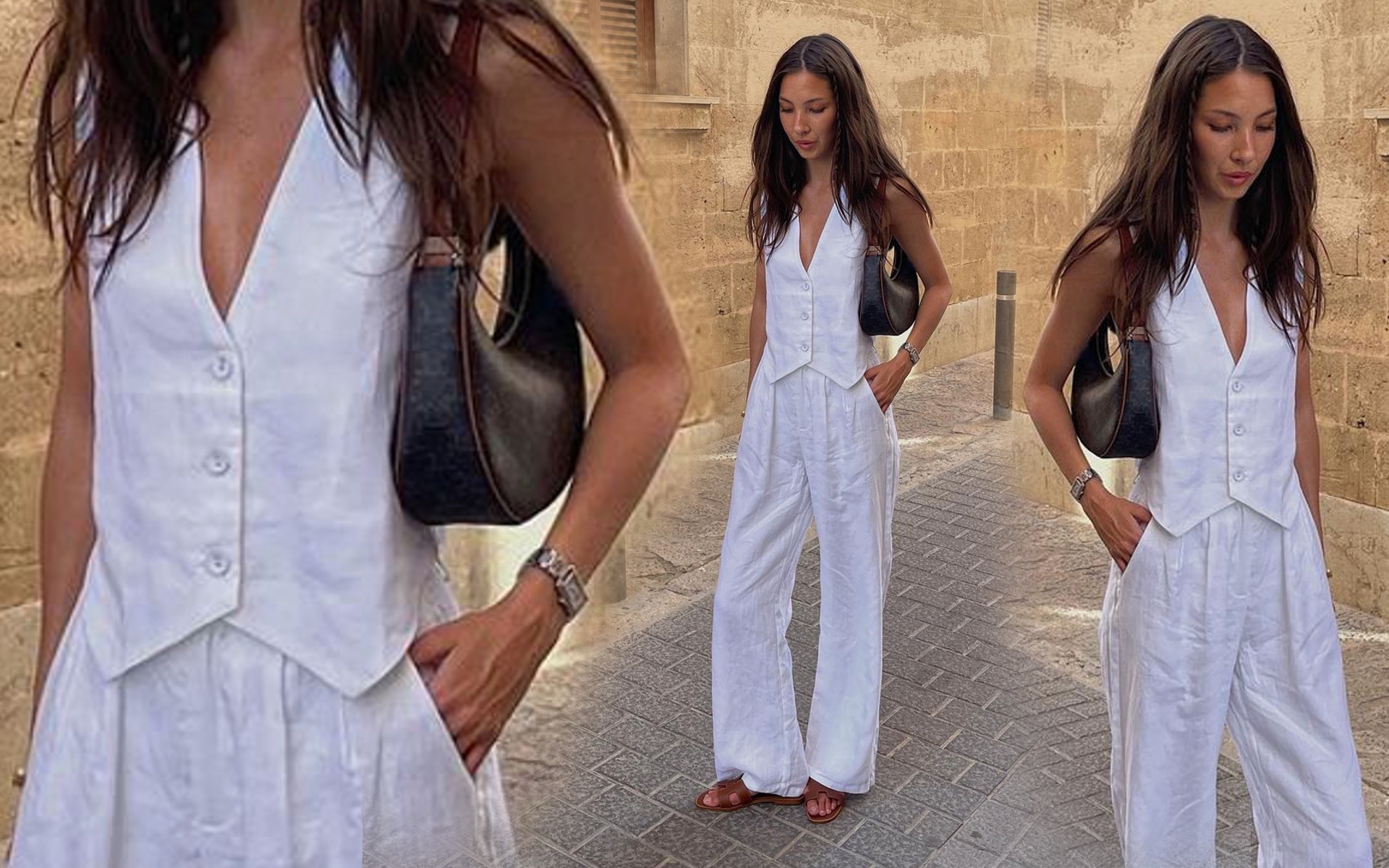 The hunt for criminals knows no end on Italia 1, from tonight Thursday 11 August …