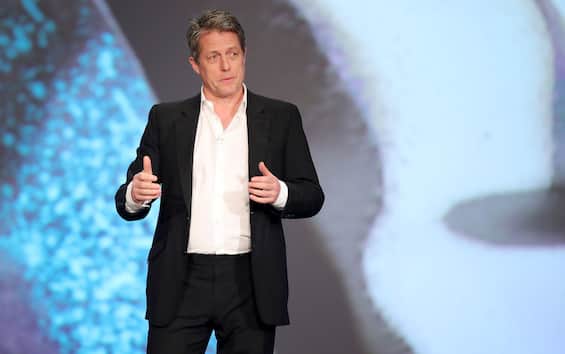 New adventure for Hugh Grant, who is preparing to land on Netflix with a TV series that takes us back to ancient Greece (the series will also be visible on Sky Q and through the app on Now Smart Stick). Specifically, the well-known London actor will play Zeusthe father of the gods, in KAOS. For Hugh Grant a new role on the small screen after that of 2020 in The Undoing – The Untold Truths next to Nicole Kidman with the participation of the Italian actress Matilda De Angelis.

Plot and cast of KAOS


Unfrosted: The Pop-Tart Story, Melissa McCarthy and Hugh Grant in the cast

KAOS will consist of 8 episodes and reinterprets Greek mythology in a more contemporary way, focusing on themes such as power and love. To understand the differences, compared to how it is told, Zeus is represented as an omnipotent being but, at the same time, very vindictive and insecure. In fact, one morning he wakes up and realizes he has a wrinkle, one of the first signs of aging. Something that triggers a strong nervousness in him, which leads him to take a dangerous and paranoid path, instilling in his mind the thought that his fall is ever closer. In addition to Hugh Grant, in the cast David Thewlis in the role of Hadesthe god of death and brother of Zeus, then Janet McTeer in the role of Wasthe historic wife of Zeus repeatedly betrayed by the latter, Nabhaan Rizwan in the role of Dionysusson of Zeus and Era that in KAOS he is out of control and is close to confronting his father. Also in the cast Cliff Curtis that we have seen in Fear the Walking Deadspin-off of The Walking Dead and that in KAOS interprets Poseidon, god of the sea and brother of Zeus. In addition to the gods, however, in the TV series there are also some mortals ready to fight against the gods. Among them, there are Riddy (Aurora Perrineau), Orpheus (Killian Scott) And Ari (Leila Farzad), which have the precise role of making Zeus decay. Charlie Covell he created and wrote the 8 episodes of the first season of KAOS, produced by Sister and Anthem. As for the direction, it was entrusted to Runyararo Mapfumo And Georgi Banks-Davies.

The career of Hugh Grant

The Undoing, the trailer of the tv series with Nicole Kidman and Hugh Grant

Hugh Grant’s long film career began in 1987 with White mischief. Probably the most iconic role, however, undoubtedly remains that of William Tacker in Notting Hilla great success in 1999 alongside Julia Roberts, which has become a real cult of sentimental comedies. Among other works, however, we also mention Bridget Jones’s diary 2001 and the sequel What a mess, Bridget Jones! of 2004. As for the TV series, Hugh Grant has made sporadic appearances on the small screen in the past, while he had a central role in The Undoing – The Untold Truths.

David Martin is the lead editor for Spark Chronicles. David has been working as a freelance journalist.
Previous Cristiano Ronaldo charges R$3.2 million from a lawyer for rape case | International
Next Brazilian champion team mocks Neymar’s situation at PSG and makes “proposal” to the star