Hunter’s Prayer – On the run: plot and cast of the film with Sam Worthington 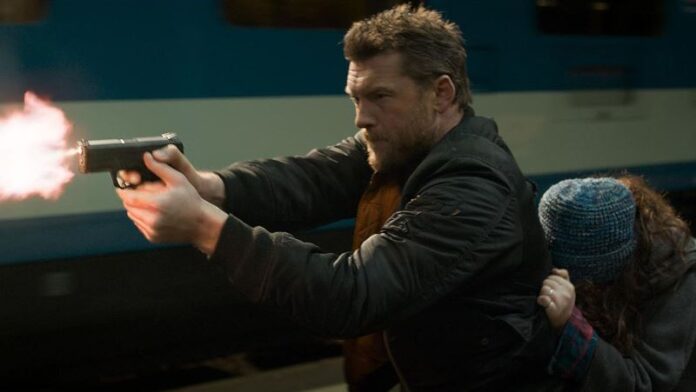 A particularly recurring and appreciated figure in the cinema, in recent years hitmen have found several works dedicated to them, where their profession is explored, its dangers and the moral problems behind it. Among these works also falls Hunter’s Prayer – On the run2017 film directed by Jonathan Mostowknown for being the director of Terminator 3 – Rise of the Machines. At the center of the story told in his new film, however, there are no killer robots, but a flesh-and-blood killer ready to defend a young girl from the murderous desires of a ruthless criminal boss.

The story told here is based on the novel For the Dogswritten by Kevin Wignall and released in 2004. This has gained good popularity since its first edition, coming to the attention of several manufacturers. Thus, its development process quickly began, eventually leading the film to make use of well-known actors and various locations of great attraction, such as Germany, Spain, Switzerland, Hungary and the city of New York. Packed with adrenaline and promising entertainment, Hunter’s Prayer – On the run it was so ready to hit theaters around the world.

Once here, however, the title met with little interest from the public, attracting only the attention of the most loyal to the genre. As a result, the film ended up grossing well below its estimated $17 million budget globally. To date, three years after its release, however, the time seems to have come to give the film a second chance, rediscovering its positive aspects. This will be possible, before the viewing, also thanks to the following curiosities, many of which are linked to the cast of actors. To find out, just keep reading.

Hunter’s Prayer – On the run: the plot of the movie

The film opens in Switzerland, where the young Ella Hatto is going to her school for what seems to be a day like any other. What she doesn’t know, however, is that Lucas, an infallible hit man, is keeping an eye on her. He was hired by the corrupt multimillionaire Richard Addison, who at the same time has already sent other killers to kill the girl’s parents, guilty of having spoken to the FBI about her illegal trafficking. When it comes to eliminating young Ella, however, Lucas is faced with a strong sense of compassion for the first time in his life as an assassin. For this he is unable to complete his work, deciding instead to help the girl escape.

But he too is forced to flee with her, now wanted by Addison, who wants him dead. In their escape through Europe the two will have to learn to trust each other and defend each other. If he doesn’t kill Ella, someone else will be sent to complete the mission. Escaping will therefore not be a permanent solution, and the two will have to start studying a strategy to get to Addison himself and stop everything. However, the numerical disadvantage is considerable, and for them to make their way towards the criminal will be more complicated than expected. Only trust and their humanity can be decisive for their fate.

Hunter’s Prayer – On the run: the cast of the film

To play the protagonist, the hitman Lucas, the producers had no doubts: the actor Sam Worthington he was the right person. The actor, known for films such as Avatars and Clash between titans, was immediately hired for the role. To prepare for this, he not only trained physically for the more complex scenes, but also sought out well-known models for inspiration. In addition to the many famous hitmen in cinema, the actor revealed that he based part of the character on the Terminator played by Arnold Schwarzenegger in the second film of the saga. Worthington was later particularly praised for his performance, once again demonstrating his charisma and stage presence.

Next to him, in the role of young Ella Hatto was originally supposed to be the actress Hailee Steinfeldwho became famous for the film The Grit. This however she had to give up the role due to other commitments, and instead of her was then chosen Odeya Rushalready seen in films such as The Incredible Life of Timothy Green and Little shivers. In the role of the ruthless boss Richard Addison finds himself instead Allen Leechfamous for being Tom Branson in the television series Downton Abbey. The actors are always on the side of the bad guys Amy Landecker and Martin Compstonas corrupt FBI agent Gina Banks and killer Metzger, respectively. The Spanish actress Veronica Echequion the other hand, is Dani, in turn a serial killer who however helps Lucas and Ella in their escape.

Hunter’s Prayer – On the run: the trailer and where to see the film in streaming and on TV

For fans of the film it is possible to enjoy this thanks to its presence on some of the most popular streaming platforms on the net today. Hunter’s Prayer – On the run it is in fact available in the catalog of Infinity, Netflix and Amazon Prime Video. To see it, it will be enough to subscribe to a general subscription to these platforms, thus having access not only to the film in question but also to a wide range of related and similar films. In this way you will be able to watch them in total comfort and at the best video quality. The film will also be televised on the day Friday 8th July at 21:20 On the canal Italy 1.

David Martin is the lead editor for Spark Chronicles. David has been working as a freelance journalist.
Previous Aztech Forgotten Gods PC Game Download Full Version
Next Wednesday 21 December 2022 Sky Cinema, Everything was beautiful – Story of Paolino and Pablito