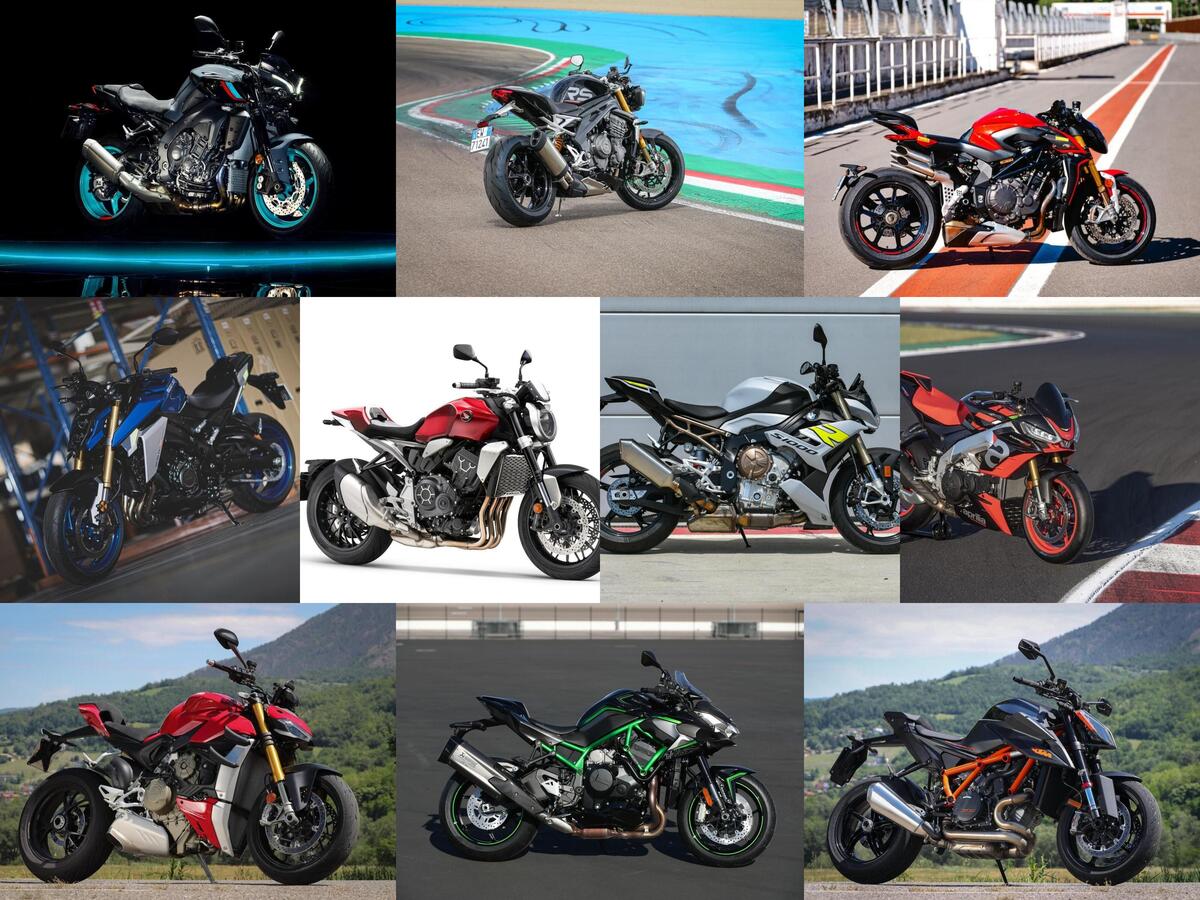 Hypernaked in comparison: which one to choose? – News

Segment in turmoil for 2023: Ducati and BMW have already announced their news, in this review we are comparing 10 of the most representative bikes in the category

THEl segment of Hypernaked not lacking in liveliness: in fact, the new Ducati Streetfighter V4 2023 and the BMW M1000R have already been unveiled and who knows that at EICMA 2023 no other innovations will be presented by other manufacturers in a historically very fought category and which is asked for versatility but also sportiness and in some cases the performance of a real race replica.

But, net of the 2023 news, the segment is full of bikes for all tastes, transversal to different ways of understanding the roadster stuffed with horses with excellent driving dynamics and you will realize that the price gap between one extreme and the other it is wide: the 1000 cc and over naked bikes are never really cheap bikes but by taking a look at the price lists you can certainly get an idea and find the bike that suits you, ranging from about 13,500 euros up to over 34,000.

To simplify your search, we offer you in this review our tests of a dozen of the protagonists of the Hypernaked category, without claiming to be exhaustive: in some cases the tests date back to a past season but for many models the changes from one MY to another were not radical and do not drastically affect the judgment given at the time by the tester, in any case found links to the price list and announcements of new and used items.

Refurbished for 2022 (it had already profoundly changed in 2020), the KTM SuperDuke 1290R is a hypernaked responsive, thrilling 1301cc twin-cylinder performance from 180 but above all 140 Newton / meter. Dynamically it is very agile and also allows bets on the circuit, the only context where it is possible to fully exploit the potential of these hypernaked. It costs 19,590 euro fc The EVO version is also present in the price list, distinguished by the semi-active suspensions WP APEX SAT (Semi-Active Technology), the latter costs 21,450 euros fc

It is in its second version, after a profound renewal that has seen it change in the engine, in the equipment, in the style, in the electronic management and in the chassis. The MT-10 is Yamaha’s hypernaked muscle and is powered by the well-known in-line four CP4 of 998 cc with irregular timing (270 ° -180 ° -90 ° -180 °) derived from the R1 and with average reference speeds. Dispenses 165.9 horsepower at 11,500 rpm and the pair has a declared maximum value of 11.4 kgm to 9,000 turns. In its latest evolution come the inertial platform six-axis, four-map engine, traction control and cornering-type ABS, side-slip, engine brake and anti-wheelie controls, plus quickshifter bidirectional. It is available in two versions, the standard version is accompanied by the SP equipped with semi-active suspensions Öhlins Smart EC. The first is on the list at 15,599 euros fc, the second at 18,199 euros fc

He likes dogs, pizza and popcorn. Already a fanboy of Nintendo and Sony, but today throws anything. He has collaborated on sites and magazines such as GameBlast, Nintendo World, Hero and Portal Pop, but today is dedicated exclusively to Spark Chronicles.
Previous Medicine test. Consulcesi: “With reform double chance to enter, but does not reward merit”
Next “What a bad match for Irrati, Mourinho made the usual show contesting everything”