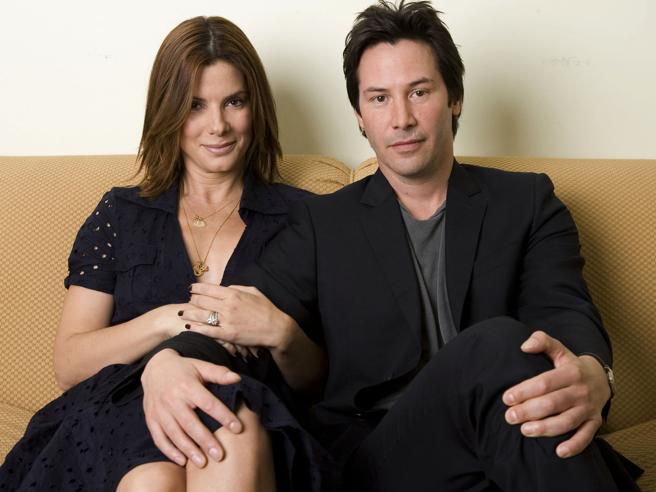 ‘I clean his house every Thursday’

The friendship between Sandra Bullock and Keanu Reeves, born on the set of Speed ​​in 1994, still lasts today. Even years after the film’s premiere, the two they continue to be part of each other’s lives.

Sandra Bullock, who we recently saw starring in her latest film with Channing Tatum, which we talked about in our review of The Lost City, has told of as a bet made on the set has turned into a ten-year engagement with her former Speed ​​co-star.

“I clean his house every Thursday. It’s kind of a thing that we had. I lost a bet when we did “Speed” and I said, “Well if that’s not true, I’ll clean your house.” I think I did a good job. I mean, I stay out of certain rooms, but I respect it. Besides cleaning the house on Thursdays, I see him maybe once or twice a year.”

While Speed ​​brought the two stars fame, who have since reunited on screen only once for the romantic drama The Lake House, the chemistry between Bullock and Reeves has never failed. The Oscar winner was the first to admit she had feelings for the actor during an interview with Ellen in 2018, while the Matrix: Resurrections star revealed a year later that he never realized it, they then reciprocate the everything. The two therefore have preferred a splendid and lasting friendship to a possible couple relationship.

Meanwhile, Keanu Reeves has revealed that he is ready for Speed ​​3.

David Martin is the lead editor for Spark Chronicles. David has been working as a freelance journalist.
Previous Megan Fox denied a kiss to Machine Gun Kelly leaving him alone on the red carpet
Next ET, the reunion of Drew Barrymore and Dee Wallace