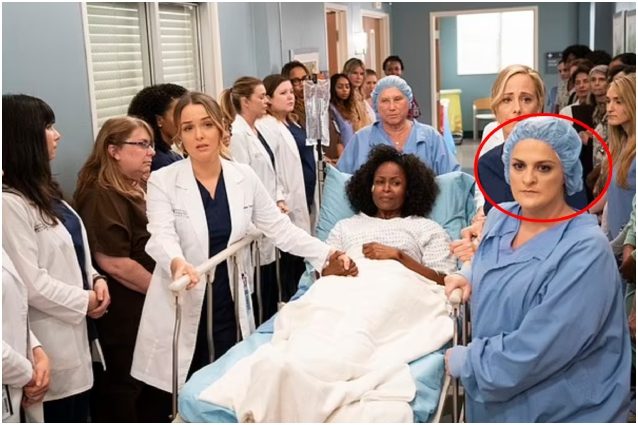 I have cancer and miscarried, but it was all lies

Elisabeth Finch, former screenwriter of Grey’s Anatomy, has said for years that she was battling a rare form of bone cancer and that she suffered a miscarriage. Her story inspired the character of Dr. Catherine Avery, but it was all lies to get her attention. Today she admits: “I was wrong”.

Right Elisabeth Finch in an episode of Grey’s Anatomy

The former screenwriter of Grey’s Anatomy Elizabeth Finch gave an interview to The Ankler in which she spoke about the controversial case in which she was the protagonist. The woman pretended to be fighting the cancer and to have suffered an abortion, inspiring some episodes of the series with his story. But it was all a lie, a fabricated story to get attention. Today he is suffering the consequences of that mistake. The Ankler lets it be known that his life, both professional and private, has gone down the drain. No one is looking for her more than her, her wife has left her, her own family has distanced herself from her. She tries to make the long days of solitude more bearable by going for walks and meeting the therapist who is taking care of her mental equilibrium: “What I did is wrong“.

The lies told by Elisabeth Finch, from cancer to abortion

In 2012, Elisabeth Finch told of having a rare form of bone cancer and also in 2014, after being hired as a writer on the series Grey’s Anatomy, she made her colleagues believe that she was undergoing chemotherapy. It’s not all. She said she had a kidney and part of her tibia removed. Furthermore, she claimed to have lost the child she was expecting. Despite everything, she showed up regularly to work and was seen by her colleagues as something of a heroine. Her story was also believed to be credible because she interpreted it properly, stopping at regular intervals to be able to go to the bathroom to vomit, she lost her hair and after chemotherapy showed large patches. Her account of her troubled life inspired not only articles in the most prestigious magazines, but was also condensed into the character of Dr. Catherine Avery, who appears in the series.

It was his wife who unmasked Elisabeth Finch

In the spring of 2019, Elisabeth Finch was admitted to a facility to overcome the trauma of the abuse she claims she suffered from her older brother. There she met his future wife, Jennifer Beyer, who was running away from an abusive husband. However, it didn’t take much for the latter to bring down Finch’s castle of lies and, after having unmasked her, she also told the truth to her wife’s colleagues.

Filming of Grey’s Anatomy 19 begins, Ellen Pompeo will remain on the set for a short time as Meredith Gray

The collapse of the castle of lies

She was removed from Grey’s Anatomy and also on that occasion she lied, telling her followers that she had left the series because her brother had committed suicide. Finch recounted what happened after her story hit the papers:

Since then, I’ve been cut off from everything. People blocked me on Instagram and other social networks. It was a sad time. Many have been mean to me. My family and friends called me a monster. They said that I would only be remembered for that and that other truths about me would come out. I told a lie when I was 34 and it was the biggest mistake of my life. It became giant and I was buried. No, I’ve never had cancer. I know what I did was wrong. I lied, there’s no excuse. The lies were my way of feeling safe, heard and seen.

Finch claims that the lies were the result of the abuse she says she suffered from her brother and that they caused depression and anxiety. Today she hopes to be forgiven and to be able to go back to doing her job.

David Martin is the lead editor for Spark Chronicles. David has been working as a freelance journalist.
Previous will the sequel with Brie Larson be a musical? Fans can’t wait!
Next Mereghetti talks about Sciuscià at the Odissea cinema