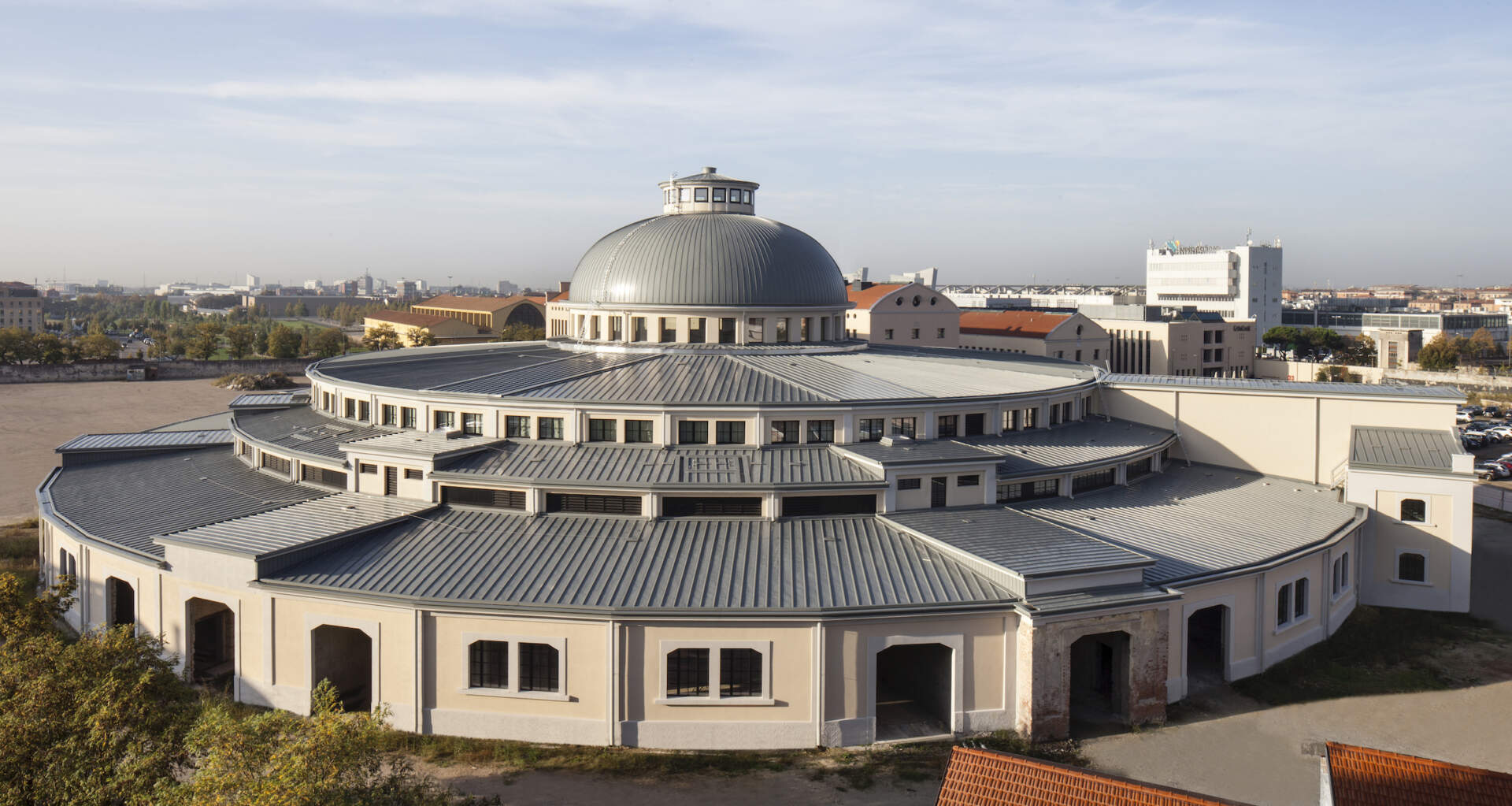 Eataly has arrived in Verona with an exclusive project Eataly Art House E.ART.H., a non-profit foundation commissioned by Oscar Farinetti. It is an unprecedented and visionary proposal dedicated to the world of the arts designed specifically for Eataly Verona. The precise intention is to make art accessible to the general public thanks to ad hoc projects dedicated to important masters of photography and the visual arts, market exhibitions of modern and contemporary art and cultural in-depth events open to the public. A space where the itinerary becomes a real didactic reality of over 5,000 square meters in what was once the largest specialized refrigeration station in Europe in the heart of the city of Verona.

Designed by the engineer Pio Beccherle, it was inaugurated in 1930 and today restored by the architect Mario Botta on commission from the Cariverona foundation. The first floor houses a 200-seat congress center and the headquarters of the Foundation, a space intended to host exhibitions created with the most interesting voices on the artistic scene and prestigious Italian and international cultural institutions.
To inaugurate the programming two exceptional large exhibitions that can be visited until 29 January 2023, the solo show of the artist Ibrahim Mahama (1987, Tamale, Ghana) one of the most powerful voices on the contemporary scene, with Flights-ni edited by Eva Brioschi who declares: «Voli-ni indicates an emergence from the dark, from a bankruptcy past of defeat, towards the possibility of a redemption, a regeneration, through a real portal (the recovered architecture) or imaginary (the art ), situated in the “here and now” of our earthly lives». The visitor has the privilege of falling in love with a nucleus of new collages and a large installation conceived as a long, high wooden rail that unfolds occupying the entire corridor of the Foundation. The material used for this work consists of the remains of an unused public order: dozens of bunk bed structures, designed for Ghanaian boarding schools, and never delivered, which the artist has joined together with fishing nets, material from archive, fabrics, blackboards creating a layered assembly capable of involving even the most skeptical of observers with a strong emotional impact.

The second exhibition is dedicated to the photographer and director Anton Corbijn (1955, Strijen, The Netherlands) author of global importance who returns to Italy after about twenty years with Staged edited by Walter Guadagnini. For the first time, the emphasis is placed not only on the extraordinary work of human documentation carried out over the years, but also on the processes of construction of the photographic image characterized by strong cinematographic relevance. The eye is captivated by a selection of images taken from two surprising series with a conceptual imprint a.somebodyin which the artist takes the form of some of his musical idols and 33 Still lives, where characters from the star system are portrayed live with a strong narrative edge. Bob Marley, Kurt Cobain, Janis Joplin, John Lennon, Elvis Presley, Robert De Niro, Kylie Minogue and Dennis Hopper are just some of the narrating faces.

Eataly Art House was born with a double informative spirit, the cultural one which foresees specially conceived exhibition projects and the commercial one according to innovative and as inclusive methods as possible. Numerous initiatives, perfect for conquering both the curious and the professionals, such as the corridor of the Artists E.ART.H., which constitutes an interesting observatory on contemporary Italian production. The nucleus of invited artists includes Federico Cantale (1996, Legnano), Marta Ravasi (1987, Merate), Fabio Roncato (1982, Rimini) and Simona Andrioletti (1990, Bergamo) already winner of the Talent Prize 2022. The artist investigates the dynamics of collaboration by challenging the idea of ​​artistic authorship. His research revolves around the human being and his connection with the world, considering this relationship both a spatial and historical question, which connects instances, bodies and collective memory. We remember among his last exhibitions Sorry Momwith Riccardo Rudi, AdbK, I did not see it comingLothringer13 Halle, both in Munich or Chinese Whispers at the Museo Novecento in Florence. Another interesting project is Photographyin collaboration with Magnum Photos and CAMERA – Italian Center for Photography in Turin, which presents a double setup that develops specularly: on the one hand the story, that of the Sixties told through the images of the main photojournalists of the Magnum agency, and on the other the emerging photography of Futures Photography, which projects the observer towards the future. From Marylin to Malcom X, from Andy Warhol to Che Guevara, with authors such as Eve Arnold, Bruno Barbey, Ian Berry, René Burri, Cornell Capa, Guy Le Querrec, Hiroji Kubota and many more.

«Magnum Photos, from which all the images on display come – explains the curator Walter Guadagnini – has itself become a myth, its representatives the standard bearers of a topical photography capable of telling the world live with absolute freedom of expression and with an amazing ability to combine testimony, documentation and interpretation». Futures Photography instead, it recounts the aesthetics and contents of the research of young artists: Karim El Maktafi (1992, Desenzano del Garda), Martina Dendi (1994, Livorno), Mara Palena (1988, Milan), Jacopo Valentini (1990, Modena) and Riccardo Svelto (1989, Bagno a Ripoli). In fact, Eataly Art House represents a true unicum in the art world that goes beyond the simple and aseptic exhibition because it is completely similar to a clear and well-structured museum visit. Definitely worth a visit taking advantage, why not, of the Christmas period in the splendid setting of Verona.

David Martin is the lead editor for Spark Chronicles. David has been working as a freelance journalist.
Previous At the Casa del Cinema in Rome “13 days of celebration. A great journey through the cities of the world”
Next will have to serve from 18 to 24 years