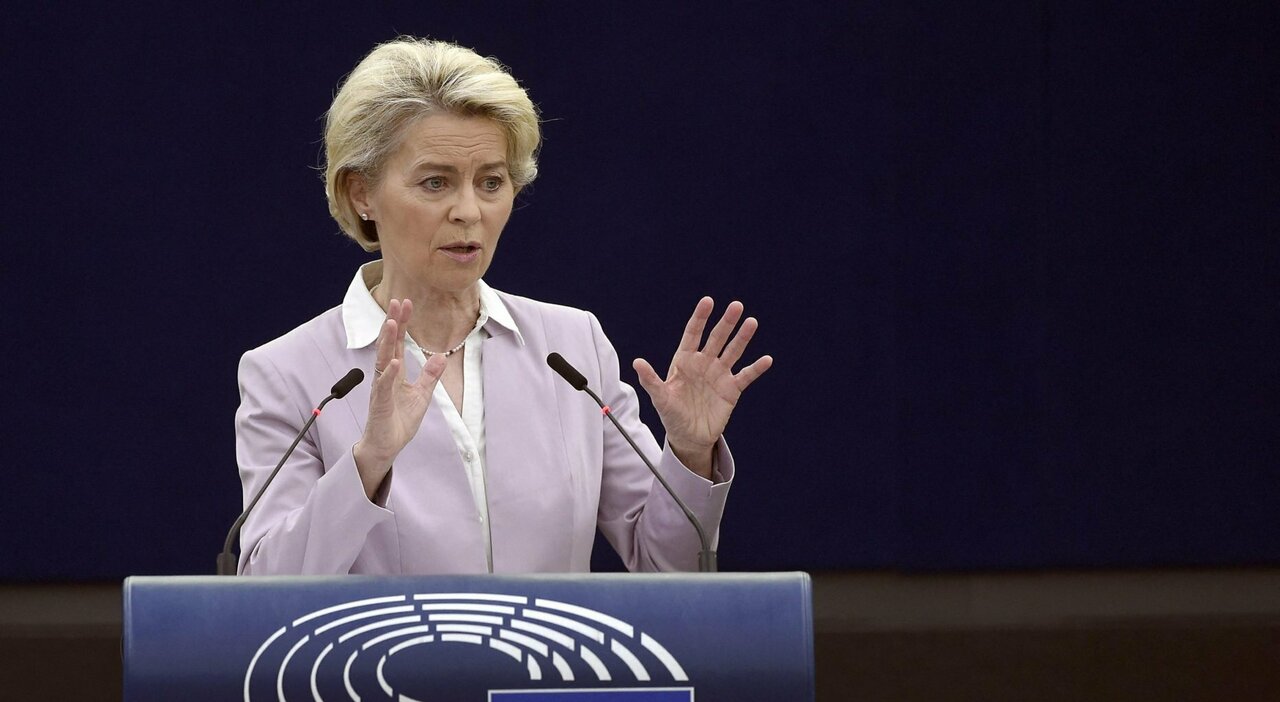 “If Italy like Hungary we have tools”. Then she corrects herself. And the funds from the NRP arrive

To think that, among the parties in the running, there are those who until yesterday were relaunching an “Ursula Coalition”, an Italian format. Now, however, Ursula von der Leyen, president of the European Commission, is at the center of a fuss, after her release during a conference at Princeton University. “We will see the results of the elections – the answer to a question about the Italian polls -. My approach is that any democratic government wants to work with us, we work together ”. Then the note that lights the fuse. “But if things go in a difficult direction – I talked about the case of Poland and Hungary – we have the tools”. Open up heaven. A form of interference on Italy, it seemed. So much so as to unleash a flurry of controversy, not only on the right but also among centrists like Renzi. So much so that, yesterday, the clarification arrived from Brussels: “It is clear – is the note of the EU spokesman Eric Mamer – that the president of the commission did not intervene in the Italian elections and that she referred to ongoing procedures on the rule of law (Poland and Hungary) ‘.


Correction of course to which is added the news of the imminent release, by the EU Commission, of the second installment of the PNRR funds: 21 billion that according to forecasts were to be released on 29 September, and instead will get the green light with a few days in advance. And so the controversies are attenuated, at least in part. With Giorgia Meloni, leader of FdI, who tends to dampen: «It seems to me that von der Leyen has already sent a note to correct the interpretation that has been given, according to which the words were an interference with the Italian elections. It would have been frankly out of proportion to the role of the commission ». And he adds: “Compared to the statements I have heard some commissioners make in this election campaign, I think that when you enter a democracy of a Member State with a straight leg, you are actually doing something that damages the credibility of the commission. Because the political parties, the Parliament, the political role are one thing, but the commissioners are as if they were the ministers of the whole European Commission. So I advise prudence, if you believe in the credibility of the European Commissioners and the Commission ». Then Meloni takes it out on his opponents: «On the von der Leyen the responsibility lies with the Italian left that has gone around the world to spit on Italy in order to win the elections. And this is unacceptable. The difference between us and them is that in Europe I don’t need to speak ill of Italy as Enrico Letta does in the electoral campaign ».

In the meantime, however, reactions were flooded. Matteo Salvini prepares a motion of censure to be presented in Europe: «It is an attack on democracy, above all with blackmail: stop the European funds if Salvini blocks the landings or the nutriscore. In the face of international interference ». And the harangue went on in the afternoon: «Madame be ashamed and apologize, she has the courage. Italy is neither Hungary nor Poland ». There is also something for the premier Mario Draghi: “I did not catch the reactions of the professor and premier, Mario Draghi who represents all of Italy”. And in the late afternoon, the Northern League gathers his family for a flash mob in front of the European Parliament headquarters in Rome. Criticisms also from other exponents of the center-right. Romani (Italy in the Center): «Inopportune tones». Giovanni Toti (Noi moderati): «Unhappy but exploited sentence». While for Guido Crosetto (FdI) «The prime minister is not the head of a party but he represents Italy. And the EU cannot fail to confront him ».

Unpublished convergences are staged on the Commission’s straight-leg entry. Matteo Renzi is tranchant. The EU, the leader of Italia Viva clearly states, must not “enter into Italian affairs in the slightest”. On the contrary, he relaunches: “We will do everything so that Meloni does not govern but respects his role and helps us to make Europe a place where the President of the Commission can be directly elected”. Even Enrico Letta invites some distinctions: “It is a sentence that needs to be clarified because if specifically applied to Italy it is obvious that it is an element that causes a lot of trouble in this electoral phase”. But then he attacks Salvini: “His attitude is very serious.”

Videogames entered his life in the late '80s, at the time of the first meeting with Super Mario Bros, and even today they make it a permanent part, after almost 30 years. Pros and defects: he manages to finish Super Mario Bros in less than 5 minutes but he has never finished Final Fight with a credit ... he's still trying.
Previous “Unexpected victory with Juve. That’s why I went to Monza”
Next Jessica Alba, more sister than mom: social dance with her daughter