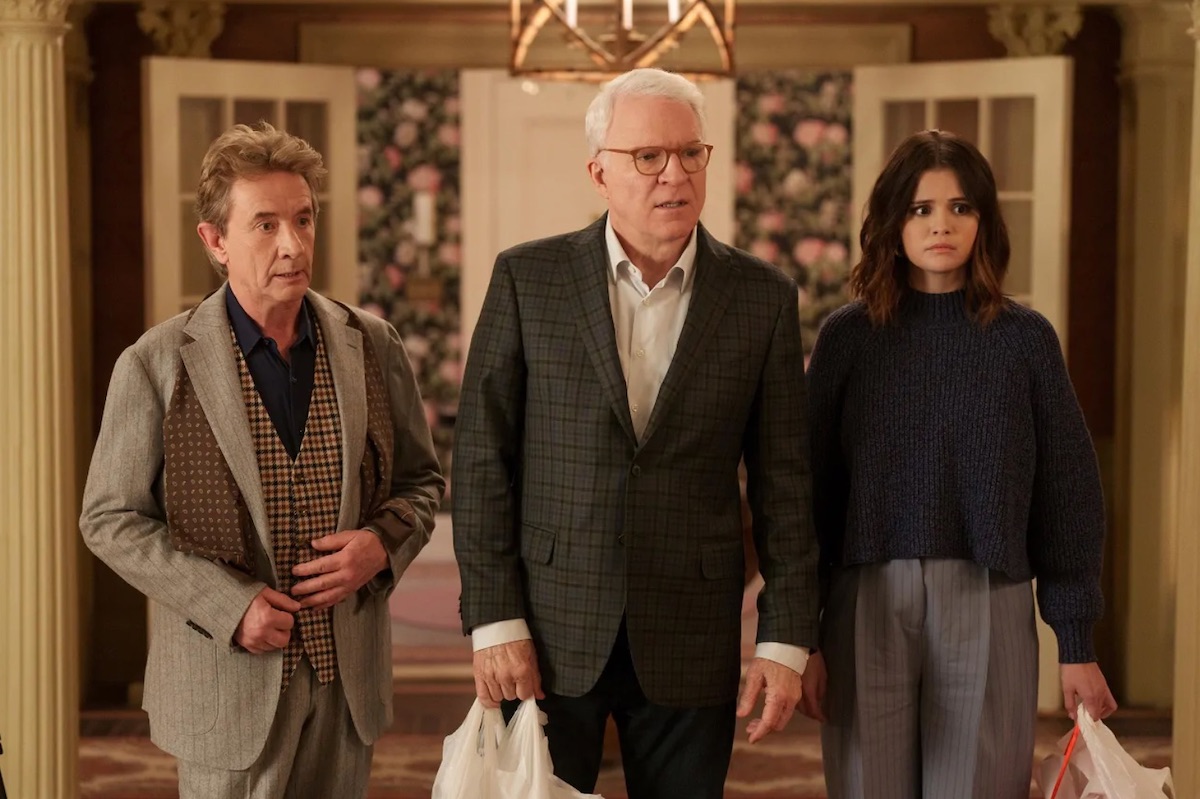 If Woody won’t make any more films, at least leave us the mysterious murders in Manhattan

The heartbreaking interview (for us sorcini) that Woody Allen gave the other day on Instagram (!) To Alec Baldwin was to promote Zero Gravity, the latest collection of delightful short stories by the director just released by us (for La nave di Teseo). But it is obvious that we (and they) wanted to take care of something else. While the chat is still in progress, Variety he had already headlined: “Woody Allen is considering ending his career as a director after the next film.”

In fact, he had said so. The next work (which, apparently, will shoot in Paris in the fall) will be the last for cinema. Because – I summarize – cinema has changed: “Once my films were in cinemas even for months, now after two weeks they go in streaming … I don’t like it anymore”. And also: “The cinemas that Fellini, Bergman, Truffaut used to show, all the cinema that I like, have all closed.” And then Covid arrived, and Woody like everyone else remained locked in the house, and he started writing no more scripts but short stories, and tidying up the old ones (written mainly for the New Yorker) then merged into this collection. And he realized that it is much more comfortable to stay at home (I have always supported him, I was a couch potato – today we say smartworker – before it was cool), that going out to shoot in the winter with the cold is very uncomfortable, and then I also have almost ninety years, and so on.

He didn’t say the other thing we wanted to hear, but it’s as if he did: that he was banned from the industry, so the sets have become even more difficult (see the tribulations of financing and distributing the film). ‘adorable film-testament quote Rifkin’s Festival). However, that thing is written between the lines of one of the stories by Zero Gravity: “There is a lot of evidence that confirms the truth of the theory according to which the United States is getting stupid.” One is to have established, by my / ronanfarrowismo become law, which – to summarize again – Allen is a child molester. But we do not return to this thing, since, after having written about it in the previous autobiography About nothing, he has never returned above him; not even when HBO produced the havoc it is Allen v. Farrow.

In fact, the most beautiful scene of all Baldwin’s interview with Allen, the one that could fit perfectly into one of the stories – the one about two Jews reincarnating as two lobsters; the one about the scoundrel producer who seems to be Danny Rose; the romantic and hilarious one that is called Growing up in Manhattan – came at the beginning. Woody, on a perfect Upper East Side wallpaper background (other than mythomaniac libraries connected with our own talk shows), kept disappearing from the video. “You have to go to the room where the wifi gets better,” Baldwin told him. And nothing, again it jumped. Until Woody’s assistant opened the living room door. “It was the door,” he says softly. And it is the end of another beautiful story.

The Manhattan of the condo “Well” (Upper West and not East, but so be it), the deco wallpapers, that world that wants to remain proudly analog despite everything are also the background of Only Murders in the Building: I was watching the first episodes of the second season on the day of the interview with Woody (a case ??!?! I don’t think !!! 1 !! 1!). Only Murders in the Building he is an indirect Allen, a disguised Allen, because today it cannot be publicly said that the model is – obviously – that. Not even Selena Gomez can say, who is among the protagonists of this series and that she was among those of A rainy day in New YorkWoody’s latest “in house” film, in which he played essentially the same part he does here. 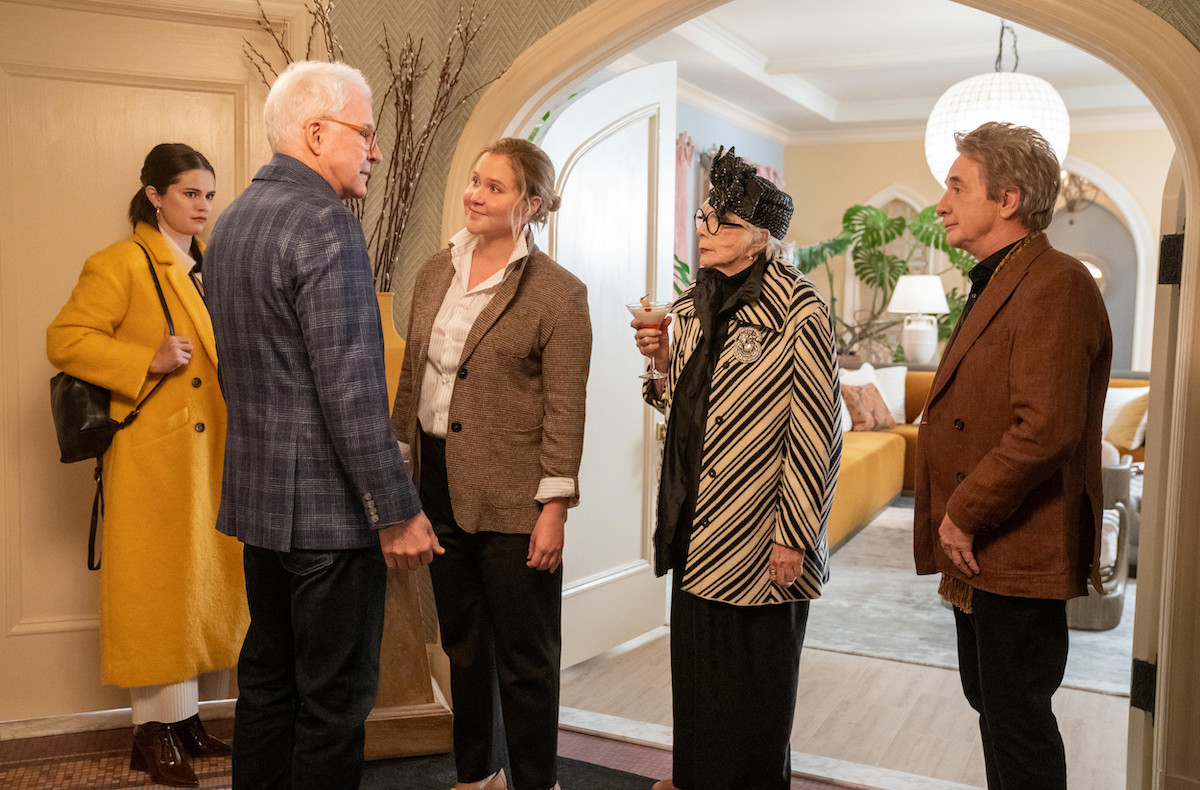 The protagonists with the new entries Amy Schumer and Shirley MacLaine. Photo: Disney +

It cannot be said who the model is Mysterious murder in Manhattan, with the yellow from the apartment, and the bored bourgeois who improvise detective, and the lies and envy that are always the only motive, among wealthy neighbors. The world of the three opposite is the same as Woody’s. Along with the spoiled girl (Gomez), are the failed TV show actor (Steve Martin) and the flopped Broadway director (Martin Short). (“Today Broadway is no longer what it used to be, only re-releases of old musicals that cost a lot of money are produced, and to stage them they call the Hollywood stars. They no longer do Teenessee Williams, Arthur Miller …”: he said it Woody the other day, I said his world is the same as the show’s.)

The second season of Only Murders in the Building, just started on Disney +, is even more beautiful and faster than the first, and even more Allenian. Yellow, of course, is irrelevant. The quotes are important, the breakfasts at the diner, the stratospheric cast that plays the subject but always seems to improvise without effort. To the three gigantic protagonists (including Gomez, yes) are added to this round Amy Schumer, who I usually hate and who here instead manage to make me nice, and Shirley MacLaine, who oh well is Shirley MacLaine, and it is useless to repeat “it was more beautiful the ‘ 900, Woody is right to want to remain analog forever, never to give in to our bad weather “.

In the six episodes I’ve seen, the best line is the gorgeous Jackie Hoffman, a face that would look good in any Allen movie, even if an Allen movie never did. When Selena Gomez, about the murder of the neighbor she is investigating this time, sighs “Her death was one of the worst days of my life,” she replies: “Right, because everything always concerns you. Ah, these millennials… find yourself a job! ». It could be a great starting point for the sequel to A rainy day in New York, where the aspiring journalist Elle Fanning was known and in reality, like all millennials, knew nothing (she said she loved the great European directors like Kurosawa). Too bad that Woody won’t make more films, what a disgrace.

David Martin is the lead editor for Spark Chronicles. David has been working as a freelance journalist.
Previous Duino & Book Stories of Angels and Beginnings. Meetings with the authors in the Piazzetta of the Fisherman’s Village – Friulisera
Next Film tonight on TV not to be missed on Thursday 30 June 2022