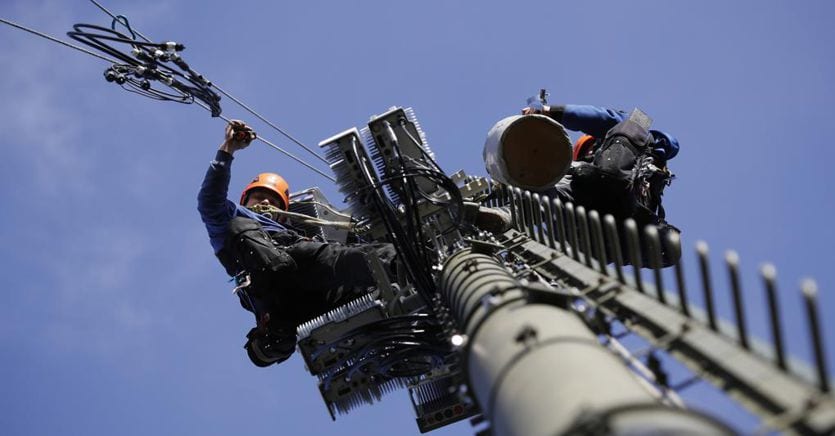 Iliad, away with the shutdown of part of the frequencies during the night

A plan with actions and commitments to reduce the energy weight of the company and contribute to securing supplies. And in this plan developed by Iliad night shutdown of some frequencies is also provided. No problem for users. It will only be an optimization possible thanks to a targeted action, the result of a work already experimented in France and that, from today, the telephone company that is globally headed by Xavier Niel will also translate into practice in Italy.

In short, strengthened by the experience beyond the Alps, the telco announces various initiatives to respond to the needs of a moment made extremely delicate by the energy crisis linked to the war in Ukrainewith the interruption of gas supplies by Russia.

A particularly innovative point certainly lies in the night switch-off of some frequencies. During the night, when telephone traffic decreases, the antennas will put part of the frequencies on standby. The network traffic, however, ensured at the time in France and evidently the company led in Italy by Benedetto Levi will do so also in the Peninsula, will be constantly monitored and, if traffic suddenly increases, the antennas will resume at the same pace. use all frequencies

Frequencies in stand by

Therefore, the antennas do not turn off, but a part of the frequencies are put on stand-by when the traffic is less. With this initiative, the telco’s estimate is to reduce the direct energy consumption of each radio site involved by almost 10 percent. It will start with a part of the network with the aim of reaching all the approximately 10 thousand active antennas of the operator, in Italy since 2018.

There is also more, however, in Iliad’s plan. For example, the switch-on time of the external and internal lighting of the points of sale will be reduced outside the opening hours. In addition, the Simboxes in the Iliad stores (to simplify: the totems that manage the sims of present and future customers) will be programmed to remain inactive during the night. In this way, Iliad’s estimate is to reduce consumption by more than 40 percent.

The variety offered by video games never ceases to amaze him. He loves OutRun's drifting as well as the contemplative walks of Dear Esther. Immersing himself in other worlds is an incomparable feeling for him: he understood it by playing for the first time in Shenmue.
Previous The Sun gives a show, the photos of the partial eclipse – Space & Astronomy
Next Gattuso infuriates the Rossoneri fans: ”Scudetto? I hope Spalletti wins “