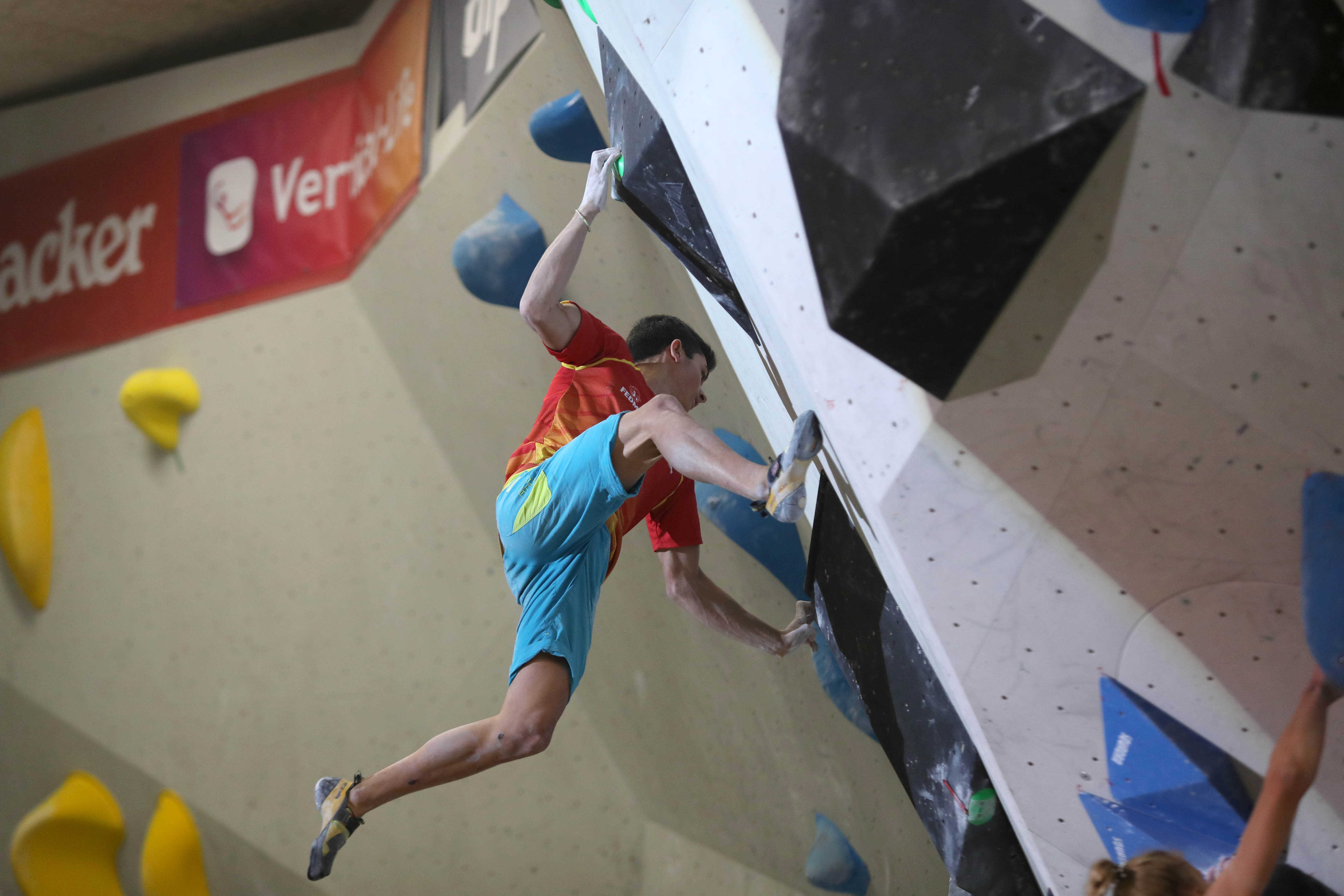 “Preparing boulders is like writing a book, in front of you you have only a blank page and you are waiting for inspiration. I like to surprise the athlete and please the public, in fact it is a real show! ” In the eyes of Jacky Godoffe, the famous French climber and head of the Fontainebleau bouldering center, one can sense all his passion and love for climbing.

“The show must go on” and the weekend of 10-12 June the Boulder World Cup in Bressanone promises a marvel. The strongest climbers in the world will parade at the Climbing Stadium Vertikale and the flags of the most successful nations will fly in the sky, such as Japan with the champions Kokoro Fujii, world Boulder champion and winner of the last stage in Seoul, Yoshiyuki Ogata, holder of the World Cup. World and Tomoa Narasaki, first at the 2019 World Championships, the United States with Natalia Grossman, Boulder world champion, and Olympic silver medalist Nathaniel Coleman, Spain with Olympic gold medal Alberto Ginés López, Serbia with Stasa Gejo, champion World Boulder Junior and Austria with Jakob Schubert, Olympic Bronze Medalist and Jessica Pilz, Lead World Champion.

To enrich the prestigious parterre there will be the Slovenian brothers Julija and Jernej Kruder, the latter legend of climbing, winner of the Bouldering World Cup in 2018. Italy will be able to count on the vice world champion Boulder Camilla Moroni and on the hero of the House of Val Gardena Michael Piccolruaz and more. There will be five intense days for the expert organizing committee AVS and for FASI, who offer two free ‘movie evenings’ to immerse the spectators in the sporty atmosphere of climbing.

Wednesday 8 June the first film “The Alpinist – Uno Spirito Libero” will be screened, in which the story and solo climbs of the Canadian visionary Marc-André Leclerc will be told, while the following day there will be the exciting documentary “The Wall – Climb for Gold ”, where the four elite athletes Janja Garnbret, Shauna Coxsey, Brooke Raboutou and Miho Nonaka talk about their sports life before the Tokyo Olympics. The opening ceremony will be held on Thursday 9 at 20.30 at the Vertikale Climbing Stadium open to the public. Friday will get to the heart of the event with the women’s qualifiers in the morning (9-15.30) and the men’s qualifiers in the afternoon (16.30-22), open for free to the public. Saturday will be all in pink, with the semifinal in the morning from 11 to 13.15, while for the final it will be necessary to wait at 20. It will close on Sunday with the men’s semifinal from 11 to 13.15 and the final at 19 .

Entrance to the semifinals will be free for children under 14, while adults and under 18 will find tickets and special packages to be purchased directly on the website suedtirol-climbing.it

Commenting on the electrifying challenges will be the official Austrian speaker Lukas Ebenbichler together with the Lombard co-speaker Simone Raina, one who has toured several gyms: “Bressanone is undoubtedly the most beautiful stadium in Italy for bouldering, it is one of the most beautiful in Europe and in the world. Bressanone has the characteristic of having an amphitheater in front of it where people gather, where you can see a lot of emotion. For those who are still undecided whether to come or not, I absolutely recommend participating! Live events are completely different from following a streaming event. Streaming means observing the athlete and the competition from a technical point of view. But living inside an event and being part of it, with the vibration of music and people shouting and applauding, cannot be compared with anything else. It’s like going to a concert or listening to a track on the CD ”.
Let’s the show begin!

David Martin is the lead editor for Spark Chronicles. David has been working as a freelance journalist.
Previous Penn Badgley: Short Biography and Film
Next Marilyn dress creator against Kim Kardashian look. “No one else should be seen in that dress” – Celebrities