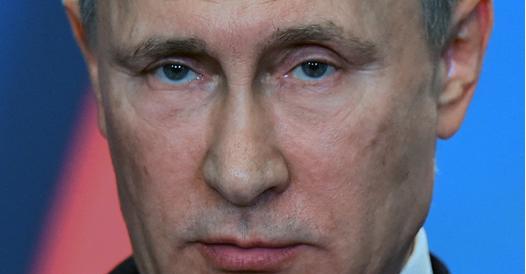 “In his mind a parallel reality” – Corriere.it

Obsessions, nightmares and secret thoughts: “Since he changed the Constitution and became president for life, his psychology has changed”

The night the Berlin Wallon November 9, 1989, the lieutenant colonel Vladimir Putin
, head of the KGB station in Dresden, called the Soviet garrison stationed in Potsdam asking for help and urging armed intervention. An angry mob had surrounded the USSR consulate and threatened to attack it. The answer was negative: “We don’t have authorization from Moscow: the center is silent.”

That sentence marked his life forever.

The paralysis of power and the chaos of the square have been his nightmares ever since.

As he said in 2000, the year he was elected president of Russia, “in those circumstances only one thing works: you have to hit first and hit so hard that your opponent doesn’t have to be able to stand up anymore“.

“We would have avoided many problems – he added – if we hadn’t left Eastern Europe so hastily”.

The most macroscopic, according to Putin, was the next collapse of the Soviet Unionwhen the independence of the republics, especially the Slavic ones “made the Russians the largest ethnic group in the world to be divided by state borders”.

Perhaps it is useful to go back to that distant episode in ours journey into the mind of the tsarto try to understand the deep reasons that led him to order the largest military operation in Europe since the end of the Second World War
. And above all to understand how much residual balance and reasonableness still harbor in him.

If this is the background, it is clear that Putin decided, thirty years later, to to act in the name of the unity of the Russian people
.

The processes that convinced the Kremlin leader to unleash the apocalypse are less linear launch a destructive warwhich will probably see him prevail but risks turning into a Pyrrhic victory, backfiring on Russia with very serious political, economic and strategic consequences.

Whatever the outcome of the Ukrainian match, it is evident that in the coming years a new one intermariuma dividing line from sea to sea, will descend from the Baltic to the Black Sea separating the continent again between two enemy blocks.

According to the Russian writer Viktor Erofeev, “in the mind of Vladimir Putin a parallel reality was clearly formed, incomprehensible to Ukraine, America and Europe“.

It is a world in which a gang of neo-Nazis rules in Kiev, arming themselves with American contributions and militarily threatening Russia. “In this vision, Ukraine must be demilitarized, its army liquidated, the country somewhat castrated.” Erofeev argues that this alternative reality has been forming in Putin in the span of twenty years, those in which he was president, and that it is based on four basic elements: «Poor childhoodthe street boy youththe Kgb and thesoviet empire“.

In the second Putinian reality everything is a battle to be won
and everything cries out for vengeance for the status lost in the defeat of the Cold War and the humiliation suffered since then.

Even Nikolai Swanidse, former member of the Human Rights Council and old friend of Putin, before falling out of favor for his defense of Memorial, given the beginning of the drift two decades ago: “How can they have a positive influence twenty ‘ years of uncontrolled and tsarist power? ». According to Swanidse, “language is used by Putin to hide his thoughts about him, interesting is not what he says, but what he does”.

But it was the experience of the pandemic, closed for two years in a fortress increasingly separated from the worldto accentuate the messianic aspects and the conviction of having to fulfill a mission.

But first there is an important step, according to political scientist Tatjana Stanowaja: “The turning point is at the beginning of 2020 when Putin changes the Constitution and effectively makes himself president for life: he can twist the rules at will and this changes his psychology and the way he relates to his internal and external opponents, it makes him feel omnipotent“.

Putin identifies the fate of Russia with his own.

History has become an obsession for him.

It will no longer have to happen that an American president, as was the case with Barack Obama, allow himself to define Russia as “a regional power”.

Opening the crisis in Ukraine, says historian Reinhard Krumm, «is there geopolitical catharsis to rearrange Russia’s relations with the world ”, whatever the price. Putin now thinks as an absolute monarch and identifies the fate of Russia with that of his person. And he adopts an increasingly unreasonable narrative: “See Russia as a metaphysical entityan eternal being that for historical reasons is superior to an artificial entity built by Lenin, which is Ukraine “, explains Kurt Kister, former director of the Süddeutsche Zeitung.

The problem is that it is difficult, perhaps impossible, to negotiate with someone who thinks in metaphysical terms.

Anyone who has gone to Moscow in recent weeks has been faced with an aggressive, emotional leader and above all the bearer of a parallel dimension and far from reality.

He can no longer complain that he is not taken seriously, Vladimir Putin. But as he himself wrote in a dedication to the director Nikita Mikhalkov, under a photo that portrayed him in the act of paying a bill at the restaurant: “You have to pay for everything in life, Nikita.”

He likes dogs, pizza and popcorn. Already a fanboy of Nintendo and Sony, but today throws anything. He has collaborated on sites and magazines such as GameBlast, Nintendo World, Hero and Portal Pop, but today is dedicated exclusively to Spark Chronicles.
Previous 100 Lire, if you find this other than America: you can buy us a house
Next Inter, Juve rise to -5: the road to the direct clash at the Stadium | First page