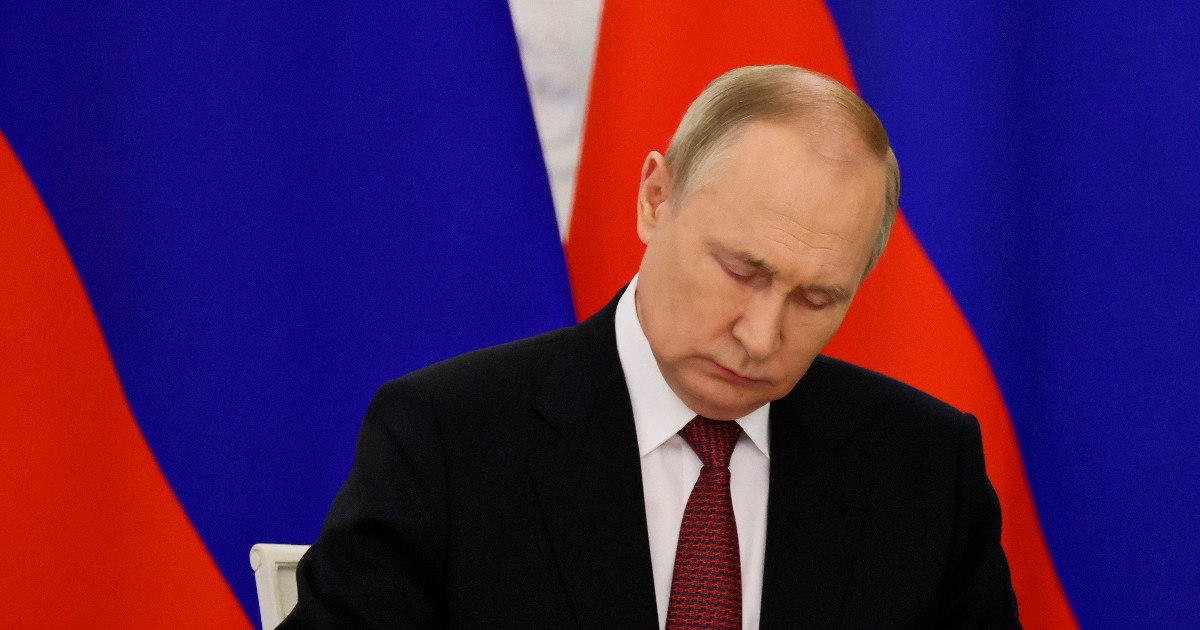 In Russia there is a hunt for those responsible after the retreats. Even the establishment accuses Putin and the military leaders: “They said everything was fine”

For the RussiaSeptember was marked by a series of defeats at the front, but even October did not open in the best way. On the first of the month, the Russian army dropped out Lymanan important railway hub in the region of Donetsk which was located along the supply line of the Russian troops. Without giving the enemy time to recover, the Ukrainian army continued the fighting and is now advancing in all directions at once: in the regions of Kharkiv, Donetsk, Luhansk And Kherson. In the latter case, judging by the maps of the Russian Defense Ministry, the Moscow army has withdrawn from 30 kilometers in one day.

British intelligence has already called the loss of Lyman a serious political failure for the Russian president Vladimir Putin: the city is located in the Donetsk region that Russia would have annexed the day before the retreat. This situation caused another wave of public criticism to the Russian military command and threatens to escalate. In fact, although state propaganda continues to find explanations for the failures of the army, criticism of both the military and political leadership of the country is getting stronger.

Immediately after the surrender of Lyman, the head of Chechnya, Ramzan Kadyrovpublicly accused the commander of the central military district, the colonel general Alexander Lapinfrom incompetence and cowardice. Kadyrov was publicly supported by the creator of the Wagner Groupthe oligarch Yevgeny Prigozhin. Although military correspondents and soldiers immediately came to Lapin’s defense, this is not so much that is important as the fact that criticisms of Russian military strategy have been voiced for the first time. “from above”. “Neither Kadyrov nor Prigozhin want to be associated with the defeat which, as they believe, has nothing to do with it. They are trying to distance yourself from what is happening by publicly discharging the blame, ”says the analyst and political strategist Abbas Gallyamov who recently published a detailed analysis of who it might be Putin’s successor.

While the Ukrainian army claims its territories, in Russian society, as after the retreat in the Kharkiv region, there is a active search for traitors. Former army commander and now Duma deputy, lieutenant general Andrey Gurulevhe joined the criticism of military structures, stating that the problem is there “Widespread lies” and the endless reports on how all is well: the conclusion is that the Ministry of Defense “Does not master the situation”. Gurulev blamed the chief of staff for the defeats Valery Gerasimov and the whole system, which “goes from top to bottom”.

Military correspondents and pro-Russian channels on Telegram also accuse Shoigu, Gerasimov, Lapin and other military commanders, but mostly they criticize the system as a whole. “An information coup has begun against the Defense Ministry leadership and ground command,” he writes Rybar, one of the most popular pro-Russian military channels on Telegram. “Everyone is not satisfied with one thing, with the cumulative effect of many years of ‘successful’ relations by the local command. Now this has resulted another failure at the front“.

A canal near the Kremlin reports that “the commanders have not had access to Putin for several months already. All communications go through Gerasimov and there is a feeling that he transmits almost nothing to the president ”. Another famous military correspondent echoes him: “Until the president of Russia begins to personally listen to the reports of the commanders, the situation will not change. There is suspicion and even certainty that they are lying to him“. But the ancient Russian approach, which boils down to the axiom “The Tsar is good, the boyars are bad”this time it did not satisfy everyone.

In response to an unprecedented wave of criticism, the military is shifting responsibility to the country’s political administration and thus ultimately to Putin. This is all the easier to do in an authoritarian state like the Russian one, where everything depends on the will of the top, believes Gallyamov. For example, now the authorities are reminded of the old women allegations of closure of military schools throughout the country, while the reserve colonel and politician Viktor Alksnis he directly blames Putin’s decisions as commander in chief: “This is the root of our defeats today.” “For a long time there have been attempts to transfer the blame from the Tsar to the boyars – says Gallyamov – But now they are starting to criticize Putin himself. And even in those circles where he was a holy figure he comes desacralized very quickly“.

These are the Kremlin elites, whose discontent is increasingly expressed in the form of leaks of information internal to independent media. “Since the summer, high-level officials have constantly leaked embarrassing information to the authorities from the Kremlin,” explains the political scientist. As an example, he cites the results of real polls from the occupied Ukrainian territories leaked in August, from which it became clear that local residents were not ready to vote for membership of Russia. “Important representatives of the political elite speak to us through these leaks,” believes Gallyamov.

“We have to remember that Putin is only respected because he is strong. He has no other sources of legitimacy, ”says the political scientist. He’s a military leader: after each defeat, his legitimacy weakens, so from a military point of view he now acts irrationally, insisting that the army does not withdraw. But, as we see, he withdraws anyway. “People don’t like defeats per se, nor Putin’s reaction to them. The Kremlin is losing ground under its feet – says Gallyamov – They are all dissatisfied. The regime’s supporters dreamed of something like the Crimea, not a long and bloody war and certainly not a defeat. While the opponents of the regime are generally opposed to all of his actions, so the defeats of the army have inspired them: they are becoming more active ”. Thus, on Tuesday the team of Alexey Navalny announced that they would revive the network of their opposition headquarters, which was destroyed after the arrest of the politician. Supporters of the dissident blogger explained that the decision was made due to the weakening of the positions of the Putin regime after seven months of war and mobilization.

Also the president of Ukraine Volodymyr Zelensky he alludes to the tensions in the Russian elites after the military defeats: “There they have already begun to bite each other, they look for the culprits, they accuse some generals of the failures. This is the first bell that must be heard at all levels of the Russian authorities ”. Zelensky proposes to “solve the problem with the one who started this war”, suggesting that Ukraine is ready for dialogue with Russia, but with a different president.

According to the political scientist, Putin is well aware that he can be overthrown by his inner circle. However, it is not a question of one conspiracy real: they will simply try to convince Putin that he must leave and present Russian society with a successor. They still have hope of saving the system by replacing Putin with someone else, Gallyamov believes. The real conspiracy will ripen if he refuses to leave and decides to run for elections in 2024. That’s when the whole system of power will collapse. “But I think Putin no longer dreams of being re-elected in 2024 – concludes the political scientist – he only hopes to last until the end of his current term. But to do it, must stop losing“.

Videogames entered his life in the late '80s, at the time of the first meeting with Super Mario Bros, and even today they make it a permanent part, after almost 30 years. Pros and defects: he manages to finish Super Mario Bros in less than 5 minutes but he has never finished Final Fight with a credit ... he's still trying.
Previous “Di Maria super. Final race? You can’t risk it like this”
Next Francesco Totti, here are the first photos with Noemi Bocchi