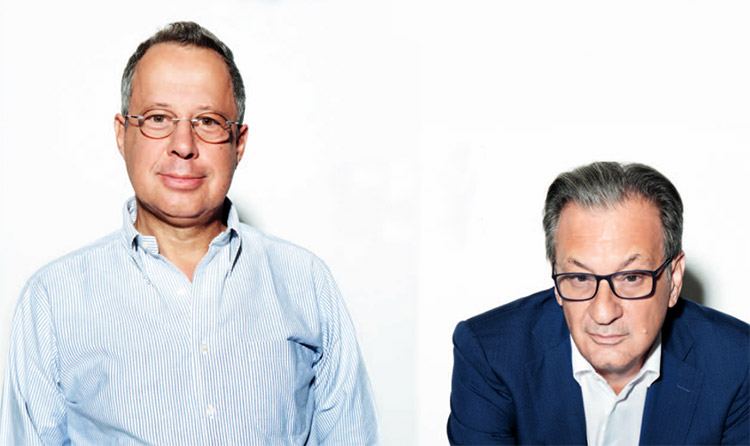 How would you define the edi line today?Indiana Production torial?Fabrizio Donvito: Indiana not ifgues a strict editorial line, but devhe searches for stories and films he deems necessary for the film market, capable to intercept the tastes of the public. TheThe goal is to produce less e better, make the films for the theater bothnot the most deserving of being told. A dynamic that buys even more importance at this time so delicato for Italian cinema, appesantito for over two years of emergency knowsunitary. But despite the difficulties not we stopped making films for the cinema and we firmly believe in etheatrical experience.

What balance do you make of these six years? partnership with Vision Distribution, of which you are a member?Marco Cohen: A lot has been doneof economic and strategic investment, and the balance sheet is absolutely positive. We have proven that when we are ambitious ideas are in the field, even in Italy you can create a system between competing manufacturersrenti, creating a great partnership together with Sky. Citing one of the biggest Vision’s hits, everyone thought he knowswe would last “like a cat in tangential” and instead the company prospers. Vision rate each film of the producing partners in absolute autonomy and this process has also improved our relations with the other distributors.

Tell us about the next pun titlesta of Indiana outgoing on the big one screen.MC First of all The return of approxhealthy by Gabriele Salvatores, which I giveshould be released in theaters in 2023. A lot also relevant The last night of love by Andrea Di StefanoEscobar, The Informer). To these are added the exorgod as a director/actress/co-writer by Pilar Fogliati with Romantic (Thursvanni Veronesi among the co-writers), and Brando De Sica’s first work Mimi – The Prince of Darknesshorror filmed in Naples. All of these movies should arrive at the cinema in 2023. Finally, for amazon prime video we have prolearned the first work of Antonio Dikele Of Stefano.

And among the films still in pre-production or production?FD In starting order we find Confidence by Daniele Luchetti, written with Francesco Piccolo, taken from the mannth novel by Domenico Starnone, The order of time by Liliana Cavani, translfrom the book by Carlo Rovelli, Ten minutes by Maria Sole Tognazzi, the new film by George Rights, Luboand the moving documentary tribute to Massimo Troisi Someone down there loves me directed by Mario Martone, written by him together with Anna Pavignano, screenwriter of the movie Of Troisi, embellished with new materials. And we have some planned too TV series.

Eg?FD The filming of the se is finishedinternational series of eight episodes Unwangermancreated for Sky, written by Stefano Bises, freely inspired by the book Bilal Of Fabrizio Gatti. Subsequently, between Tuezo and april 2023 we will shoot for Netflix la series The Leopard starting directly from the famous novel by Tomasi di Lampedusa. And we have many other titles as wellra we can not announce.

In recent years more and more houses of production Italian I am come in in the orbit of international giants. How do you judge this trend?MC In a sense it was inevitable. This phenomenon is a recognition from part of foreign groups of value that the inItalian industry has managed to build in the last years. Only sorry about that value if they noticed it earlier abroad than in Italy.

You would evaluate any proposals of acquisition from internal partnertional?FD More than takeover offersni, we would consider networking offers and therefore of building the business. For now we intend to keep our indislope.

To date, Italian cinema is the followingment that he is serving majormind the consequences negative effects of the pandemic in terms of box office. Do you see a concrete way out?FD Two of our productions were released in Italian cinemas in conjunction with major American blockbusters. I mean…

David Martin is the lead editor for Spark Chronicles. David has been working as a freelance journalist.
Previous ‘Next Goal Wins’: The news on the new film by Taika Waititi
Next Nanny, Prime Video horror movie – Plot, cast, themes, ghosts