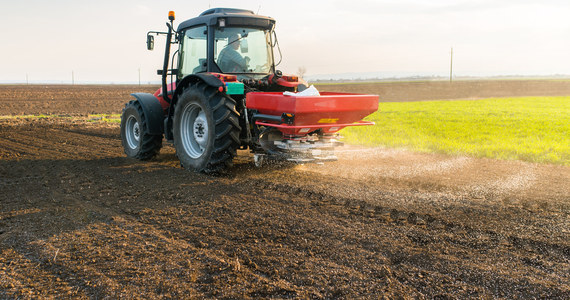 Farmers are holding back their purchasing decisions. The Minister of Agriculture, Henryk Kowalczyk, emphasized that the ministry was trying to keep prices at a “controlled” level. – Currently, it is about PLN 2,600 per ton of ammonium nitrate from the official distributor of Azoty, Agrochem. This is the price level, albeit high, but still acceptable to farmers. Were it not for these actions, the price of saltpeter could go up to PLN 4,000. PLN per ton – he said in an interview for PAP.

He admitted that fertilizer prices had already pushed up grain prices, which was good for farmers, but had pushed food prices up, pushing up on inflation. – It is estimated that food prices increased by approx. 6-8 percent. That is why the government proposed a protective shield that would reduce VAT on food products from 5%. up to 0 percent This would somehow compensate for the increase in food prices. The differences in prices will actually be covered by the budget, without charging VAT. We are waiting for the official decision of the European Commission on this matter – he said.

Poland, along with other countries, took up the topic of high fertilizer prices in the European Union during the EU Agriculture and Fisheries Council. Krzysztof Ciecióra, Deputy Minister of Agriculture and Rural Development, emphasized that fertilizer prices in Europe are directly related to energy blackmail carried out by Russia. – We will not go out, we will not deal with this problem without taking joint actions. We expect and ask and solicit the Commission to take such action. Anyway, a number of other European countries also talk about it and contribute it – he said.

In recent months, high gas prices have forced some European producers to close or temporarily limit their ammonia and fertilizer production capacities. As a result, the supply of these products on the Old Continent is falling.

Grupa Azoty, a domestic producer of chemicals and fertilizers, works in the normal way, although it does not rule out that if prices jump sharply, it cannot exclude a reduction in production. In turn, at the end of last year, Anwil saw a planned technological shutdown of one of the fertilizer production lines.

The Grupa Azoty Group encouraged farmers to source fertilizers in several annual installments in order to spread costs over time and reduce the risk of buying up a price increase. – In the current situation, postponing fertilizer purchases to the period just before their application is a risky decision, the possible effects of which may be supply problems in the spring – said Piotr Zarosiński, representing the Agro segment of Grupa Azoty.

It is true that gas prices have fallen in recent days due to the warming and the announcements of additional blue fuel loads from the USA, which, instead of going to Asia, will reach Europe. Anwil announced on Twitter that it had just updated its price list with this in mind. However, the situation in the markets is nervous and uncertain. It cannot be ruled out that when the weather conditions deteriorate, gas prices will increase again.

Another observed phenomenon is the great interest in Polish fertilizers in the West due to the lower price of domestic production. In addition, Russia decided to reduce the volume of exported fertilizers from December 1, 2021 to the end of May this year. China decided to take similar actions. These are arguments in favor of maintaining high prices.

The Russians are actually doing their best to meet the demand in the internal market. As reported recently by “Kommersant”, the demand is so great that coal companies do not have access to a sufficient amount of ammonium nitrate, which they use to carry out controlled explosions (ammonium nitrate, in addition to being used to fertilize soil in agricultural crops, is also a component of many explosives; its decomposition may result in an explosion).

The US CoBank also argues that fertilizer prices are likely to remain very high in the next six months due to record inflation, above-average natural gas prices, limited global nitrogen supply and strong demand from farmers.

S&P Global Platts forecasts similarly. The company believes that the current high fertilizer prices are likely to continue in 2022. According to analysts, the global economic recovery will support oil and gas prices.

These types of concerns are common. UK farmers are gearing up for a fertilizer crisis in the spring after prices have nearly tripled and supply to the UK market has decreased. And they predict that the reduced use of fertilizers will affect the efficiency of plant and animal breeding. Some farmers there have reduced their use of chemical fertilizers looking for alternatives such as manure, but that will not solve the problem.

Domestic farmers are strongly dissatisfied with the developments on the market, they complain about the high prices of fertilizers or the lack of them. Jarosław Kaczyński, the president of PiS, advised them in November at a convention in Przysucha to form larger producer groups and cooperatives, buying fertilizers collectively. – Then these prices may be lowered – he said. Although he admitted that it is not easy. AgroUnia representatives announced that they would consider further protests after the new year.

The variety offered by video games never ceases to amaze him. He loves OutRun's drifting as well as the contemplative walks of Dear Esther. Immersing himself in other worlds is an incomparable feeling for him: he understood it by playing for the first time in Shenmue.
Previous Polish representation. Andriy Shevchenko will be the new manager?
Next Great Hubert Hurkacz. Great success of Poland!