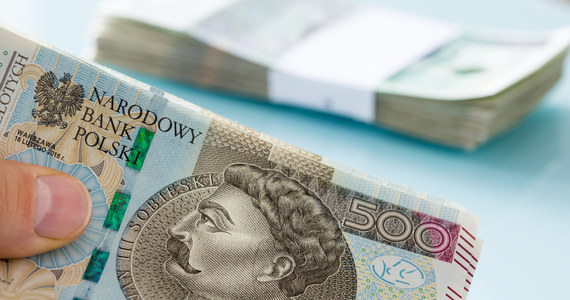 Let us recall that the Monetary Policy Council, which is currently decisive for monetary policy (though not all of its members – it must be admitted), ignored the growing inflation long before the outbreak of the pandemic, because throughout 2019. NBP governor Adam Glapiński said that he did not expect interest rates to increase until the end of the Council’s term of office, i.e. at least until the middle of next year. When the pandemic broke out, the MPC lowered the already negative interest rates by 140 basis points to 0.1%.

The economy, however, has learned to live with the pandemic and has rebounded solidly, and inflation has started to rage since spring this year. The MPC chased it with a delay and raised interest rates twice in October and November, including the main rate to 1.25%. But it doesn’t stop there.

– It can be expected that in January the NBP interest rate will amount to 2.5%. – said Jan Czekaj, a member of the MPC in 2003-2010, currently a professor at the University of Economics in Krakow, during a seminar of the Warsaw Institute of Banking on the situation in the Polish banking sector.

– The most important problem facing the Polish economy is inflation. It will determine the functioning of the economy in the near term, he added.

Let’s leave the economy aside for now and consider what this means for borrowers. Those who naively believed the NBP president that the loan would be long, cheap for a long time may feel very disappointed. They will get their pockets not only because of inflation, or soaring price increases, which diminish the purchasing power of all households. But also due to the increase in loan installments. In a word – they will get two hits from both sides at once.

Those who naively believed the NBP president that the loan would be long, cheap for a long time may feel very disappointed. They will get their pockets not only because of inflation, or soaring price increases, which diminish the purchasing power of all households. But also due to the increase in loan installments.

If the MPC raises the main rate to 2.5%, it means that it will increase by as much as 125 basis points as compared to the current level. That is more than twice as much as it has grown so far. Interia has already written about analysts’ calculations that the installment of an average mortgage loan (PLN 330,000 for 25 years) will increase by PLN 225 under two autumn rate increases. Further increases (expected in December and January) will make it much more than twice as much.

During the WIB seminar, Wojciech Zatoń from the University of Łódź drew attention to one more fact. After the recent increases in NBP rates, the WIBOR rate (and the lion’s share of loan agreements is based on it) is growing stronger than the official rates. Just before the first October increase, the 3M WIBOR rate was 0.24%. Since then, the NBP rates have increased by 115 basis points. On Wednesday, November 17, the WIBOR 3M rate was 1.65%, which means an increase by 141 bp. The difference is therefore more than a quarter of a percentage point.

On the one hand, this means higher interest income for banks. On the other hand – higher installments paid by borrowers. Of course, we do not know how the WIBOR rate will behave after further interest rate hikes (if any), but the installment of the average mortgage loan may be even a third higher than that paid in September. It may turn out – with these assumptions – that the average small installment of a “cheap” loan after the New Year will eat up the entire 500+.

Five hundred bucks in the back in a few months, every month? It will be a shock to borrowers. To what do we owe him? The fact that the NBP did not notice (or did not want to notice) the inflation that had already been rising long before the pandemic, in fact throughout 2019. In 2020, it was already solidly accelerated and reached a record 4.7 percent in February. Although the first lockdown was introduced before mid-March 2020, as a result of which the demand sharply decreased, prices increased by 4.6 percent this month. year to year.

And in 2019, there were those who said – you have to raise interest rates so that inflation is not accelerated. Because although inflation to Poland is partly imported along with rising fuel prices, especially energy commodities, with high coal consumption in the energy sector, it also has its own purely domestic reasons. Therefore, when the pandemic broke out, inflation did not stop at all. She only took a nap, returning to the MPC target for a short time.

– Inflation decreased during the pandemic, but less than shown by the decline in GDP (in Q2 last year, GDP fell by 8.2% year on year). The (inflationary) factor was budget transfers to the economy and households. This “shield” money came in the form of cash or deposits, and is now what was once said to be an “inflation overhang”. It is being launched now – said Jan Czekaj.

Economists have already pointed out that the MPC made three cardinal mistakes which allowed inflation to get out of the control of the central bank. The first one was in 2019, when she did not raise the rates. The second – after the outbreak of the pandemic, when it lowered the rates three times, bringing the main rate down to 0.1 percent, ie “almost zero”. Let us add that decisions on introducing “zero” rates were made only by central banks of the most powerful economies in the world, and no central bank from emerging market countries.

In 2019, there were those who said – interest rates should be raised so that inflation would not be accelerated. Because although inflation to Poland is partly imported along with rising fuel prices, especially energy commodities, with high coal consumption in the energy sector, it also has its own purely domestic reasons.

And finally, the third mistake, in the spring of this year, when it was already clear that prices were starting to gallop again. And the MPC delayed the rate hikes until autumn. Each of these mistakes was made despite the warnings of numerous economists. With any of their arguments, the NBP did not even engage in an honest discussion.

– The central bank refrained from making any decisions, claimed that inflation would decrease by itself – said Jan Czekaj.

In a word, it is the central bank that is responsible for the fact that inflation has spiraled out of control. But is it only him? It would not be possible without the economic policy of the government, which the central bank supported in a particularly light-hearted manner. It led to a record decline in investment in relation to GDP, unleashed a strong demand pressure in the economy through excessive and misdirected social transfers, and finally to a stronger wage growth than the increase in labor productivity through record increases in the minimum wage. Plus, money was being distributed left and right after the outbreak of the pandemic.

– Core inflation is rising all the time. It represents the demand pressure in the economy, said Jan Czekaj.

And he presented evidence that – with the exception of the second quarter of this year – wages in the Polish economy grew much faster than labor productivity over the last dozen or so quarters. In certain periods, this difference even exceeded 10%. This is several times more than what economists consider wage growth to be “healthy”.

– The difference between an increase in labor productivity and an increase in wages is constantly growing. Wages grew even faster than productivity by 10.9 percent. (…) This situation has been present in the Polish economy for a long time – said Jan Czekaj.

But there is one more mistake that we will be paying for now, which is blaming the NBP and the government towards the company. It is a policy of weakening the Polish currency, allegedly to support exports. But the weaker the zloty, the higher inflation, because the prices of imported goods, such as fuels, are rising.

The zloty against the euro is the weakest in 12 years. The NBP policy, long delays in interest rate hikes and a smaller scale of rate hikes than in countries comparable to Poland, also contributed to this. And the long-repeated rhetoric of the NBP president for the weakening of the Polish currency is supported by numerous interventions on the currency market.

Analysts indicate that the zloty may boldly move towards 4.90 per euro. Probably sensing this danger, after the October rate hike, the NBP governor stopped talking about how the weak currency serves the economy well.

– The zloty strongly weakened, which will affect inflation. An interest rate hike could strengthen the zloty. It would be an anti-inflationary factor, said Jan Czekaj.

“Inflation may destabilize the economy in the long run,” he added.

Analysts say that interest rates in Poland should increase to 2.5-3 percent. by the end of next year. Jan Czekaj agrees with this view. But the MPC, seeing the risk that Poland is in danger of a currency crash and the prospect of even faster inflation growth, may now try to accelerate decisions. Borrowers will pay a fortune for it.

The variety offered by video games never ceases to amaze him. He loves OutRun's drifting as well as the contemplative walks of Dear Esther. Immersing himself in other worlds is an incomparable feeling for him: he understood it by playing for the first time in Shenmue.
Previous The book about the ORMO structure in Limanowa is now available
Next ATP Finals: Novak Djoković – Cameron Norrie. A complete set of ranking leader wins