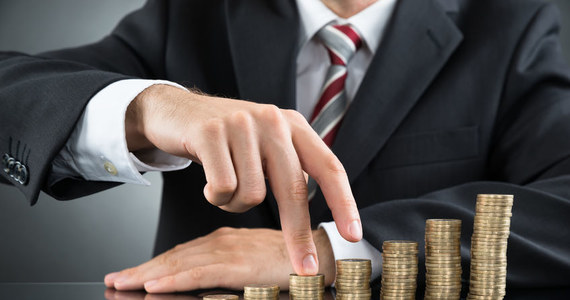 Inflation? The central bank cannot be the government’s cashier

After the outbreak of the pandemic in countries such as Croatia, Hungary, Poland, Chile, Indonesia and Ghana, central banks bought securities worth approx. 5 percent. The GDP of these countries. In the Philippines, it was nearly 10 percent. GDP

When the pandemic broke out, emerging market countries, from Poland to the Philippines, began to imitate developed economies and launched central bank asset purchase mechanisms. Previously, it was only done by institutions in developed economies – the Bank of Japan for several decades, the American Fed since 2009, and the European Central Bank since 2012. But after the outbreak of the pandemic in countries such as Croatia, Hungary, Poland, Chile, Indonesia and Ghana, central banks bought securities worth around 5 percent. The GDP of these countries. In the Philippines, it was nearly 10 percent. GDP.

Emerging-market central banks were buying more than just government debt. In Chile, the central bank bought bonds issued by private companies worth around 3 percent. GDP. Not all of them bought government debt only from the secondary market, i.e. from the portfolios of commercial banks that were the primary buyers of Treasury securities. In Ghana, Indonesia and the Philippines, central banks bought approximately 3% of securities directly from the government. GDP, and in Hungary nearly 1 percent. GDP.

IMF experts say that the purchase of assets was necessary in the period of fighting the economic and financial consequences of the pandemic, but it carries high risks.

“Asset buying can be an effective tool, but minimizing threats to central bank independence and price stability,” wrote Tobias Adrian, director of the IMF’s Money and Capital Markets Department, and his deputies and department staff Christopher Erceg, Simon Gray and Ratna Sahay.

They add that the risk is also such that central banks from emerging market countries may damage the credibility that has been built over the years. Some of them are now considering a transition to a more restrictive monetary policy bias, but it cannot be ruled out that they will want to use such monetary policy tools in the future. These are the risks that they devoted to the analysis of “Asset Purchases and Direct Financing: Guiding Principles for Emerging Markets and Developing Economies during COVID-19 and Beyond”. and for the future “).

The first risk is obvious and concerns the balance sheet of central banks. Imagine a situation where one of them bought government bonds for – let’s say – PLN 120 billion. When he bought them after the outbreak of the pandemic, their profitability was around 1.5%. or less. Recently, however – as in the case of Polish 10-year bonds – it has exceeded 4 percent. The securities then became cheaper, roughly counting by 10 percent. In this situation, the central bank has a loss of PLN 12 billion when purchasing for PLN 120 billion. He has to book it. And someone has to cover it.

The IMF authors believe that some central banks with weaker balance sheets may fear such huge losses. Consequently, they may be afraid of a monetary policy tightening appropriate to the situation, when it is necessary, so as not to harm their own financial situation. And if central banks hold back on tightening their monetary policy when necessary, they can unleash the inflation demon.

The second risk, according to the IMF, is “fiscal domination”. What is that? A situation where the government puts pressure on the central bank to pursue government goals. What could the consequences of this be? The central bank starts buying assets according to its targets, and everything is fine. But the problem arises when you want to get rid of them.

“The government may get used to cheap financing thanks to the actions of the central bank and put pressure on the central bank to continue (these actions) even if inflation rises and the target of price stability requires an end to purchases. The consequent loss of confidence in the central bank’s ability to do so. keeping inflation low and stable may accelerate periods of high and volatile inflation, “wrote the IMF authors.

The IMF document contains three fundamental principles that central banks should follow when buying assets. What are the rules for? The point is that the benefits resulting from such operations do not end up with an explosion of related risks, and thus the loss of credibility by the central bank and its loss of control over inflation.

“The basic principle is that a central bank must be free to adjust its interest rate as needed to achieve its goals. This is critical. Central banks pay for the assets they buy by issuing reserves (i.e. money – ed.). These additional reserves may create a large inflation pressure, unless the central bank is able to sterilize reserves by raising the interest rate to a level consistent with price stability, “IMF experts say.

The second principle is that all purchases made by a central bank should be made on its own initiative and serve the purpose of achieving its goals. And these should not be goals set for the bank by the government. This includes the size and duration of asset purchases. The IMF writers strongly oppose central banks buying “directly” Treasury bills from the government or opening a loan to it.

“Direct financing opens up an easy path for the government to determine both the size of the central bank’s balance sheet and the interest rate it will pay, which in turn undermines fiscal discipline and increases the risk of debt monetization,” wrote the IMF authors.

The third principle is to have clear communication regarding both the objectives of the asset purchase program, the rationale for both its initiation and completion. And also plans to reduce the balance sheet by the central bank, that is, to get rid of securities that the institution bought from the government.

The climate crisis will create turbulence in the economy
Business Newseria

The variety offered by video games never ceases to amaze him. He loves OutRun's drifting as well as the contemplative walks of Dear Esther. Immersing himself in other worlds is an incomparable feeling for him: he understood it by playing for the first time in Shenmue.
Previous Star Citizen and Squadron 42 with premieres in a few years; creator plan sequels
Next Africa Cup of Nations: Nigeria better than Egypt, Salah helpless