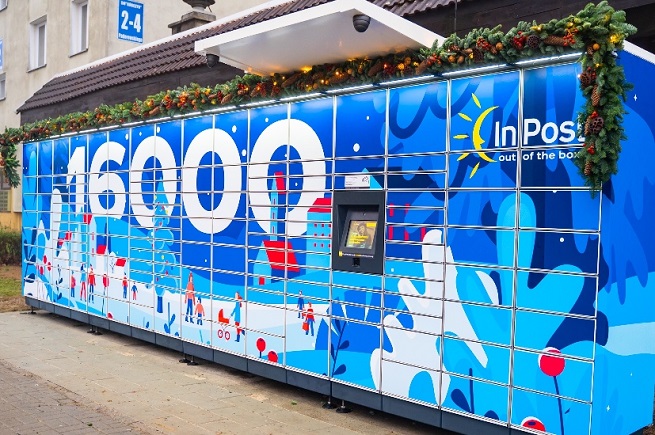 Logistics operator InPost debuted on the Amsterdam Stock Exchange at the end of January last year, its shares were sold at EUR 16 in the initial offering. Investors bought 40 percent. shares for a total of EUR 2.8 billion.

The company’s valuation raised its president and minority shareholder, Rafał Brzoska, to the top of the list of the richest Poles. When Forbes prepared its annual ranking, the businessman’s 13% stake was worth PLN 5.7 billion, which was the seventh place in the ranking.

Immediately after the debut, the InPost share price increased to EUR 19, and in mid-February it briefly exceeded 20 euros. After that, it stayed in the range of EUR 13-18 for 9 months.

The InPost rate has gone down again, Brzoska is buying more

However, this is a distant past. In recent days, InPost’s stock has reached another record low. Last Friday they fell by 14 percent. – from EUR 10.07 to EUR 8.67.

This is another such reaction of the managers of the Paczkomaty operator to a strong discount on its values. At the beginning of December, A&R Investments bought 200,000. InPost shares for EUR 1.97 million, in addition, the chairman of its supervisory board, Mark Robertshaw, acquired 25 thousand. shares at EUR 9.47 apiece, board member Michael Rouse – 15.79 thousand 9.49 euro each, sales manager Damian Niewiadomski – 20.8 thousand. for 9.57 euros, and a member of the supervisory board Ralf Huep – 100 thousand. 9.51 euro each.

Where does this InPost stock market decline come from? – In my opinion, it is more of a general market issue than a result of bad moves by the company. Courses of technology companies, such as Amazon, have been under strong pressure for the last year after increases caused by lockdowns – comments Łukasz Wachełko for Wirtualnemedia.pl, analyst at Wood & Co. – Both InPost and Allegro have not escaped from this influence – he emphasizes.

At the same time Allegro, the price of which on the Warsaw Stock Exchange has depreciated since September, incl. Due to the expansion of Amazon in Poland, it has revived in recent days – on Tuesday and Wednesday it recorded a 5% increase. At the end of the session on Wednesday, the company’s share was traded at PLN 42.87, compared to PLN 34.78 in the low from mid-December.

– Large increases in interest rates mean that growth companies, where the discount factor has the strongest impact on valuation, suffer relatively more. Moreover, e-commerce is growing a little slower than during the lockdowns – adds Łukasz Wachełko.

In mid-November, InPost announced its financial results for the third quarter: revenues increased by 18% year-on-year. to PLN 1.274 billion, and adjusted EBITDA – by 73 percent. up to PLN 409 million. The dynamics was much lower than in the first half of the year.

At the same time, the company slightly revised its forecasts for the full-year scale of its business: the forecast increase in the number of parcels delivered to Parcel Lockers was reduced from 50-57 to 45-47 percent, and the number of courier deliveries – from 25-30 to 13-15 percent. Inflows forecasts were also lowered and profitability expectations were slightly raised at the level of the adjusted EBITDA margin (from 45-47 to 46.5-47%).

Allegro remains the main customer of InPost. puts its own parcel machines, at the end of December it had a thousand, this year. wants to launch another 2,000 Are investors worried that Allegro, and then maybe other e-commerce platforms, will become independent of Rafał Brzoska’s company?

– Allegro machines are not a plan to compete for InPost, but to counterbalance it – says Łukasz Wachełko. – Allegro and InPost are a marriage all the time, maybe they have grown apart a bit, but they are still linked by a symbiosis: more than half of the volume of purchases from Allegro is delivered by InPost, and more than half of InPost’s deliveries are purchases from Allegro – he emphasizes.

Last week InPost reported that at the end of last year had 16.4 thousand in Poland Parcel lockers, which compared to 10.8 thousand. a year earlier, it increased by 53 percent. The company is building larger and larger vending machines: the number of lockers in Poland has increased by 63% for a year. up to 2.41 million

Abroad, the number of slot machines increased from 1.5 thousand to 3.9 thousand, incl. thanks to the acquisition of the French Mondial Relay having 313 machines, as well as cooperating 17 thousand. collection points.

– In Poland, InPost proved that its business format works great. This does not change the fact that with the economic slowdown, the operating leverage, which significantly improved the company’s profitability in 2020 and 2021, should work the other way on a very extensive asset base – comments Łukasz Wachełko.

InPost representatives recently announced that the operator will not increase its price lists, despite the more expensive fuel and electricity. – The company wants to take inflation “on itself”, will try to dilute its impact with increasing efficiency and economies of scale – comments Łukasz Wachełko.

In his opinion, other parcel machine operators are a sprouting competition for InPost, but already noticeable. – I do not think that Allegro, Poczta Polska, Orlen, Pointpack and other parcel machines entering the business of parcel machines separately constitute a counterbalance to InPost, but together they can spoil his blood a little. So in order not to make it easier for them to do business, InPost will keep prices low, trying to choke the market. Allegro acts in a similar way towards Amazon – says an analyst at Wood & Co.

When will InPost start earning abroad?

The purchase of Mondial Relay, finalized in July, cost InPost EUR 513 million, the company emphasized that it was one of the largest Polish investments abroad.

Before this transaction, outside Poland, it recorded considerable losses and revenues many times lower than on the domestic market – in the third quarter of last year. on foreign markets, it had PLN 29.2 million of adjusted EBITDA loss with PLN 14.9 million of revenues.

– The main question is whether InPost will succeed abroad this time. So far, the concept of Parcel Lockers has not proved successful anywhere except in Poland, InPost itself and its predecessors have not yet managed to earn money abroad – notes Łukasz Wachełko.

In the spring of last year Cyfrowy Polska and A&R Investments Limited have agreed to buy 10 percent from the CCC Group. eobuwia shares for PLN 500 million. The transactions were finalized in the following months.

At the end of October, Rafał Brzoska made a preliminary, non-binding offer to take up Medicalgorithmics shares in the increased share capital. In return, he offered to grant the company a secured loan of up to USD 20 million, paid in tranches, converted into company shares entitling to 50 percent. votes at the general meeting.

At the end of November, it was announced that the companies Rafał Brzoska and Marian Owerko agreed to purchase about 90 percent. Bakalland shares.

The variety offered by video games never ceases to amaze him. He loves OutRun's drifting as well as the contemplative walks of Dear Esther. Immersing himself in other worlds is an incomparable feeling for him: he understood it by playing for the first time in Shenmue.
Previous Irina Sheik in Poland. She’s staying at a luxury hotel. We publish photos
Next Toothless Roosters kicked out of the Carabao Cup – we have the final of the national cup! Tottenham 0: 1 Chelsea – Chelsea Poland