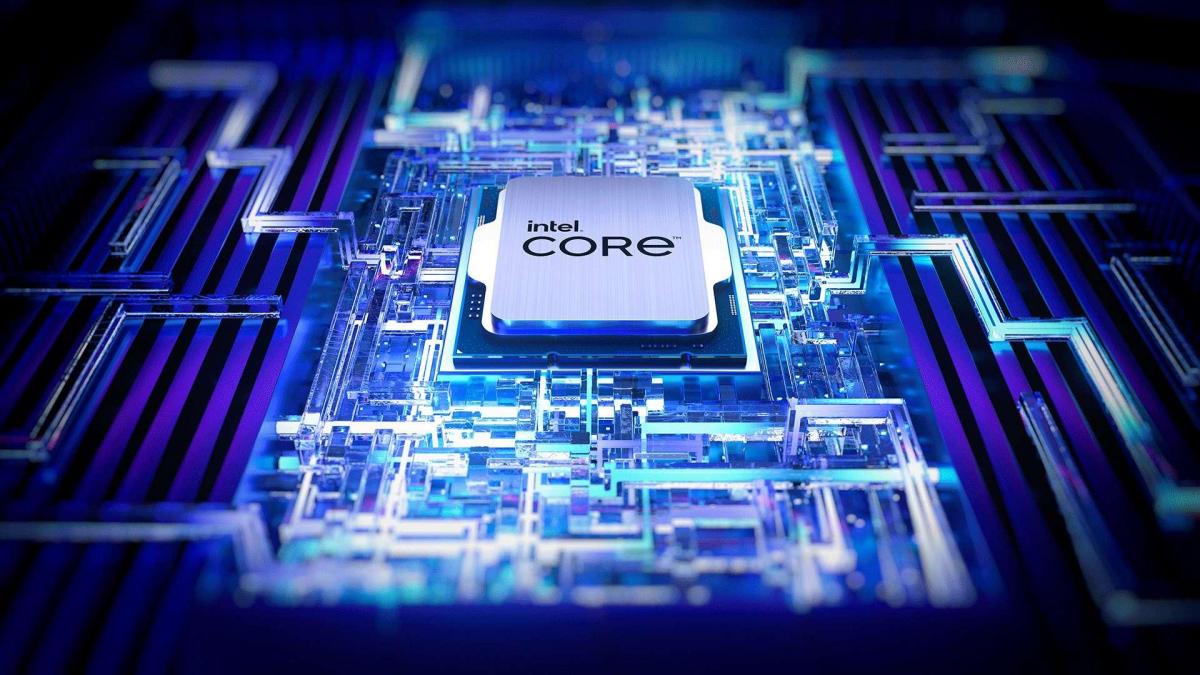 Intel launches new “Raptor Lake” processors. We have entered exclusively into the factory that produces them

Up to a thousand times more sterile than an operating room, the Fab28 had so far been closed to journalists. The only rule: no smartphone, just pen and paper

On the occasion of Intel Innovation, the American technology company presented Raptor Lake, the thirteenth generation Core processor family that promises up to 6 GHz of speed with ample overclocking possibilities. For the occasion, LOGIN visited the Fab28 of Kyarat Gat, the plant 70 kilometers southeast of Tel Aviv where they are produced, a place so far closed to journalists.

Above our heads protected by white hoods they run silently, at an average speed of 3.5 meters per second, i «Delivery robots», the automated deliverers attached to an overhead network of tracks, with the task of safely transferring the precious silicon disks, so-called wafers, into the various processing centers in their cases. Under our feet sealed in boots of sterile fabric, the floor is all a hole. From the round holes you can sense the depth of an underground room that houses, among other things and first of all, the aspirators. Dust, invisible particulates, sodium released by human skin: everything is sucked down by the hoods on the contrary.

More sterile than an operating room

Welcome to the «Clean Room», or White Room, of Intel’s Fab28 in Kyarat Gat, 70 kilometers southeast of Tel Aviv, the most advanced semiconductor factory in the world. Where the risk that cannot be run is to contaminate the very high chemical purity silicon, the raw material of the microchips, the small devices now necessary to carry out our daily life (from smartphones, to PCs, to TVs, up to the means of transport and airplane) and many services (from ATMs to health cards). So much so that this place is subject to a protocol that makes it a hundred to a thousand times more sterile than an operating room.

The most advanced Fab in the world

“History is made here every day” says an adage dear to the Israeli engineers of the Fab28 of the American giant, the largest single private investment in Israel. And we too, who are the first journalists admitted to this white and top secret Israeli laboratory, and who are making an important part of Intel’s history, feel the thrill of an exclusive experience. We arrived at the Fab28 prepared by a long tour, carried out the day before in Haifa, in the validation laboratories of the «microchip project», one of the most exciting phases as the story of the Israeli technicians reveals.

And now we are here, in this facility the size of four football fields – but an even bigger one is already being built in the area, Intel Fab34, for which construction site is on its way. the second largest crane in the world, 240 meters high and the cement factory has already started – among others, the latest addition to the processors, 13th generation Intel Core, codenamed Raptor Lake, is produced. We are over 70 members of the specialized press, “influencers”, a few simple reporters, who came from the United States, South America, Asia and Europe. I am the only female journalist, and there is only one analyst, also from Italy despite being Brazilian, while the female representation is encouraging among the managers and top managers of Intel. More or less everyone travels equipped with super-telephones which, however, must be handed over to security. Land the only technologies allowed in the Clean Room are pen and paper. The strictly sterile “Cleanroom notebook” is only supplied once the (double) gloves and diving suit have been put on.

“Israel is Intel’s first design and development center after the United States,” she says senior vice president and general manager Shlomit Weiss, which CEO Pat Gelsinger wanted to head the design, the engineering design of the whole group. Like Gelsinger, also for the Israeli engineer it is a return to Intel where he had played 28 years before his experiences at Nvidia and Mellanox. Intel arrived in Israel nearly fifty years ago, in 1974.

An induced by 50 thousand people

From the Haifa outpost and a small group of pioneers, today Intel Israel has 12,000 employees in the four poles (in addition to Haifa and Kyriat Gat, Jerusalem and Petah Tikva) and About 50 thousand people in the related industries. In 48 years, the US manufacturer has invested $ 45.5 billion here, including acquisitions including Mobileye and Habana Labs. The contribution of Israel, moreover, is significant considering that here the 8088 processor was developed in ’79 and from the 2000s all the Lake series of Core processors, up to the recent Alder Lake (12th generation) and the latest addition, the aforementioned Raptor Lake which promises to offer very high performance with the “speed” record reached of 6 GHz of clock (basic unit of CPU speed, Central processing unit, the “brain” of the chip).

Due to her long experience and her notoriety, Weiss is for some “Mrs microchip”. Author of a book on new leadership models (The engaging leader), the manager explains Intel’s “turning point” wanted by CEO Gelsinger, whom everyone here calls only Pat. He is credited with the decision to bring the world press to Tel Aviv and open the plants before the launch of Raptor Lake.

The world’s third largest microchip producer is running towards open innovation, among other things, increasingly versatile products and the development of artificial intelligence. «In the age of digitalization, technology is central to all aspects of human existence. The world is asking the semiconductor industry to respond to the need to face the growing complexity of data, the variety of contexts and uses of technology, the work that is constantly changing. And this journey into innovation excellence is our future and our history. Intel, after all, has put silicon in Silicon Valley ».

The reference is (also) to the Italian physicist Federico Faggin inventor of the microchip and at the head of the Intel 4004 project that started the digital revolution (and just turned 50). The world is still hungry for microprocessors but according to Weiss the worst of the shortage crisis, which hit markets during the pandemic due to the surge in demand, could be overcome in the coming months.

The trip to the White Room

The Room is White but the light is not neutral, through the transparent laboratory masks we are struck by a golden glow: we are in optical lithography and the yellow beam shields the ultraviolet rays. The silicon wafer is subjected to several hundred steps – a “slice” of 30 centimeters in diameter, a pizza to be clear – which in the end will be populated with numerous identical chips, printed with nanometer precision. The technicians are continuously trained with the “learning by doing”, which allows to simulate the intervention on the machines with viewer and controller. Beautiful is the “bifocal” viewer that allows you to immerse yourself in augmented reality but also to get out and back in presence without having to remove the device.

The control tower and the microsurgery room

The production is of such complexity that it requires the presence of a control tower, where a team is remotely ready to intervene 24 hours a day for seven days: “Speed ​​is quality” is the motto of the controllers. And if something is wrong, but it is not clear what the problem is, the experts of the diagnosis intervene, a team that thanks to the policies of equality and inclusion promoted in Intel includes people with autism spectrum syndrome. The microchip must be perfect by definition and very large resources are invested in the pre and post silicon phases. In Haifa a precision microsurgery room solves the most delicate cases. The journey of the microprocessor is long, longer than you can imagine. About three years, 36 months pass, from when it is “conceived” until you leave the shop with your new PC in your hands. The Raptor Lake innovation is (also) to have reduced the timeline to 30 months.

He likes dogs, pizza and popcorn. Already a fanboy of Nintendo and Sony, but today throws anything. He has collaborated on sites and magazines such as GameBlast, Nintendo World, Hero and Portal Pop, but today is dedicated exclusively to Spark Chronicles.
Previous Secret Invasion will tell us a new side of Maria Hill, word of Cobie Smulders
Next The BTP-Bund spread rises to 258, Milan Stock Exchange recovering – Politics