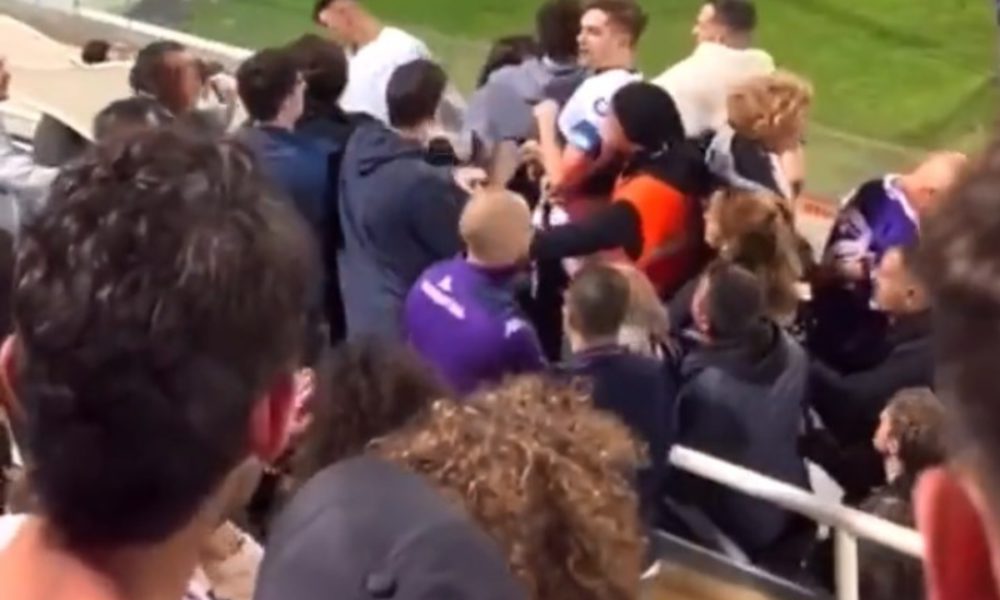 Inter fan attacked: “I started the uproar. Daspo? C *** his”

The shock confession of the attacked: “They smoothed me, but I didn’t take them. The uproar began after my teasing “

The images of the Franchi Stadium went around the web where, after the 3-4Inter on the Fiorentinaa purple fan was chasing an Inter fan wearing the Nerazzurri shirt of Marco’s. The protagonist, after the Daspo to the aggressor, speaks to The mosquito on Radio 24: “Aggression to me? Looks like they beat me, but I was smoothed out. The same evening I went to the disco, I didn’t take them“.

“We were a group of friends divided between Inter fans and Florentines – continues the fan ofInter to The mosquito –. The uproar started from me after 2-3 because the choir left ‘Who does not jump Fiorentino is’ and I’m not Florentine so I got up. On the tie they insulted me saying: ‘Now you don’t jump anymore’ or ‘Mori, idiot’. Then they threw glasses of beer at me and on 3-4 I cheered in his face saying: ‘So then’. What would I tell him to that? Nothing, C *** yours. What happened is not there because as long as they said ‘son of a bitch’ I laughed about it, then when you throw me the stuff changes. My friends protected me – continues the boy – but also of the Fiorentina fans that I didn’t know. I just cheered, if they hadn’t thrown things at me I would have cheered normally“.

DASPO. “The Daspo to the aggressor? He tried to beat me, in a stadium, his cocks. Some have failed in life and try to express frustration on others. I have no problems with the Florentines, I was born in Florence and I study there, indeed I would like to go to Fiesole to support Fiorentina. Back to the stadium? With Inter in the guest sector because I want to scream“

David Martin is the lead editor for Spark Chronicles. David has been working as a freelance journalist.
Previous Scarpinato: “The government is based on the votes of a party whose leader has maintained relations with the mafia.” Meloni: “Your approach is ideological”
Next Wendell & Wild: the first clip of the animated film directed by Henry Selick