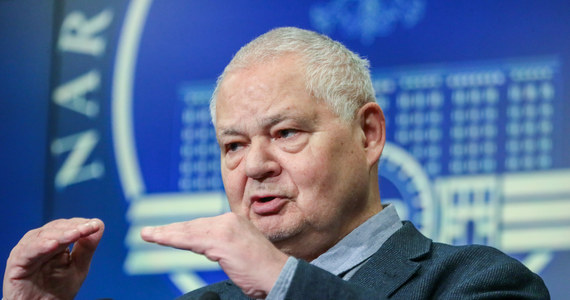 Interest rates up. The President of the National Bank of Poland explains

At the January meeting, the Monetary Policy Council raised the main interest rate. by 0.5 percentage point from 1.75 to 2.25% – this is the highest level since 2014. During the press conference, the President of the National Bank of Poland, Adam Glapiński, answers questions about the condition of the Polish economy for the first time this year.

– We are entering with the hope that the new year will be calm and inflation will decrease – said the NBP governor at the beginning.

He also stressed that the MPC did not have to “suppress inflation at all costs”. – Theoretically, there are sufficiently high interest rates that would put the economy into a state of recession, high unemployment, a drop in demand for everything and stifling inflation even with rampant gas and fuel prices. But these are absurd ideas and they are never taken into account – said Glapiński.

In its projections, the NBP does not assume the impact of funds under the National Reconstruction Plan on the economy.

– We use the EU market. We would not be experiencing the Polish economic miracle if we were not in the EU. We deserve these funds, they should come. But they may strengthen the effect of demand pressure – said Glapiński.

– The NBP is not interested in lowering the zloty exchange rate – emphasized the head of the central bank.

– The NBP and Poland accept a floating zloty exchange rate, which works well. We accept this rate, reserve the right to intervene, but only if the rate changes too quickly. Because it causes confusion, for example for companies, assessed Glapiński. “The course as it is now is acceptable,” he added.

The head of the NBP pointed out that international institutions agree that the NBP started to raise rates at the right moment. “This has recently been brought to the attention of the IMF,” he added. – There was a very long-lasting situation of uncertainty: whether premature rate hikes would bring the economy into recession and unemployment. What has happened in the past – said Glapiński.

– We made our decision at the right time. This moment was right. The second thread raised, ie why we did not raise rates at the turn of 2019/2020. Time is running fast and hardly anyone remembers what was before the pandemic. We were afraid of a deep recession in Poland, when deflation seemed to be a greater threat than inflation – noted the leader of the MPC.

As he put it: Today we are trying to show how absurd the statements of the NBP president were, taking the selected ones out of context. – In general, as for the projections of the NBP and all central banks in the world, all projections, forecasts in the economy – they are made using all possible tools – at a given moment, we predict what will happen in the following quarters, on average within 2 years. Assuming that the parameters in a given situation are what they are. Projections relate to the situation at a given moment, with given values ​​or external factors: fuel, food, delivery costs. Then the best experts in Poland make some adjustments, taking into account what may happen. It was impossible for anyone in 2019 to predict that a pandemic would break out, that they would be lockdowns, that it would cause an economic collapse – continued Glapiński.

– And that enormous inflation will break out, that there will be a radical increase in the basic elements of the costs of economic life. It was not to be expected – you will notice the head of the central bank.

The NBP president also pointed out that the projections work well in normal times, and not “when time is turned upside down”.

– Our scenario is moderately optimistic: that the pandemic is gradually coming to an end, that the next variants of the virus will be weaker, that transport prices are falling, and gas and oil prices are stabilizing. The only thing that is certain is that it will grow – energy prices. They will grow over the next several dozen years – emphasized Glapiński.

Therefore, he continued, inflation is expected to decrease in Q1 this year (the shield effect), and to rise again in Q2. – More than 8% it will reach around June. This peak will be in the middle of the year, and then inflation should decrease. Nevertheless, inflation will be significantly higher this year than the NBP’s inflation target. Only in 2023 will this inflation be at a decent level – said Glapiński.

The NBP president emphasized that the economic situation in Poland was good. – Relatively good compared to other countries; we grow faster than others. We have already rebuilt GDP and it is greater than before the pandemic. We are making up for the losses that have arisen during the lost year. All this necessity arose to loosen the policy, to purchase bonds, which the NBP has to take into account. The impulse to increase prices is caused by external factors, but this inflation may be triggered by growing domestic demand – explained the head of the NBP. And he added: the favorable economic situation in Poland has another side, i.e. demand pressure on prices.

– We are growing faster than others, there is practically unemployment in Poland, which is the worst thing. We need to maintain these good trends and not fall into inflation. This whole cycle of increases is not aimed at current inflation – it is supposed to stop demand inflation, which may occur in a few quarters – he stressed. Another hike – he noted – caused that from October we raised rates by 2 percentage points. – It is very fast. We are looking at the effects of an increase in interest rates. We do not want to cause unemployment – he said.

As he put it: Some MPC members look at the current level of interest rates. as critical that the cost of servicing loans is damaging demand and slowing the economy down excessively. – This seat belt is even bigger. It’s hard to say to what level – he said. Will the MPC keep raising rates? – I do not know. We will see how it will be – he concluded.

– We got our feet up at the moment it was safe. Core inflation in the Czech Republic is higher than in Poland – the fact that they raised earlier did not matter much. This (raising interest rates – ed.) Is an action for the period after five quarters. You have to think what the economy needs then, he explained, refuting accusations that the NBP started to tighten monetary policy too late.

– The MPC behaved properly. Anyway, what can I say: the Fed or the ECB have kept zero interest rates so far. They have the same gas and transportation costs, but are concerned about other aspects, such as increasing debt service costs. This caution is very much needed. Please appreciate that unemployment does not exist in Poland – he added.

– We are not dealing with hyperinflation in Poland. It is elevated, but these are not phenomena on a monstrous scale. This inflation will decrease – emphasized Glapiński.

The head of the NBP noted that as the president he had never “criticized the previous governors of the central bank”. – We have no other, more authoritative institution. We don’t tweak what we get from analyzes or models. Whether it is for the government, one way or another, pleasant or not, we are not interested. Throughout the entire period of my office as the president of the NBP, I had no comments, no claims, no pressure or requests from the government that the NBP should behave anyway. And it will continue to be so. We are striving to bring inflation down to our inflation target of 2.5%. – said Glapiński. He stated that “inflation is temporary and we will survive it.”

– I have very good news to say. The NBP for the last year again achieved a very good financial result – a very good profit. This is the result of very good work of several NBP departments, bearing some risk, but rationally enough to make us a great success. It will be significantly higher than last year (PLN 9 billion). We are trying to transfer the maximum profit to the society – it serves every citizen – said Glapiński. Why is the NBP president talking about it today, and not – as is customary – in March? – This profit will be used for the purchase of modern weapons. We are happy to be able to contribute to this. Society receives such a significant sum. We would like it to be devoted to a defense effort – he added.

– The government knows if tanks will be needed in the near future, or if any holes should be patched. Perhaps we are closer to that moment when the tanks will be more needed – emphasized Glapiński.

95 percent NBP’s profit is transferred to the state budget, and according to the government’s plans, this money is to be spent on arms purchases.

– Everything in the country is on the right track. The situation is difficult. High costs come from outside. From Russia (gas), from the EU (climate policy). There are no internal reasons – explained Glapiński. In his opinion, for Poland, this EU climate policy is happening too early and too violently.

The NBP president emphasized that the NBP result would be higher than PLN 10 billion. “It’s very significant,” he added.

Glapiński reiterated that the NBP should remain an institution out of criticism. – I appeal to politicians to stay away from the NBP – emphasized Glapiński. – During my presidency, the NBP achieved a profit of PLN 30 billion – emphasized the NBP president.

– If the economic situation improves, the economic dynamics increases, it may turn out to be up to 4 percent. we will not hurt. Mainly I mean unemployment – he added.

As he emphasized: It is good to maintain increases by 0.5 percentage point in the cycle. – Central banks have a rather steady rhythm. Let’s stick to those 50 basis points. But perhaps this is the end. This is the art of influencing the economy; one cannot disregard what the government is doing – noted Glapiński.

Answering the question about “the time of further increases and maintaining the current pace or the cycle may extend until 2023”, Glapiński reminded that sometimes one vote is decisive during voting. – Taking into account our forecast, I would urge one more rate hike. In order to properly act on what has happened in the economy in these few quarters. It will be difficult to lower these prices. I will persuade for a 50bp rate hike, but I do not know what the MPC will do, said Glapiński.

– I think it will be safe to anchor it. Such 3 percent. it would be a moderate hedge. No exaggeration, but solid – he added.

Currently, the main NBP rate is 2.25%. Inflation is forecast to exceed 8% in December. It will also remain high throughout 2022. According to the NBP forecasts updated at the end of last year, it will amount to 7.6% on an annual average, which is much higher than the inflation target of 2.5% in Poland. with an acceptable up or down deviation of 1 percentage point.

Text updated on a regular basis

The variety offered by video games never ceases to amaze him. He loves OutRun's drifting as well as the contemplative walks of Dear Esther. Immersing himself in other worlds is an incomparable feeling for him: he understood it by playing for the first time in Shenmue.
Previous Eavesdropping in the Polish Football Association. One or several perpetrators?
Next Żyła almost collapsed, Wąs was struggling in a run-up. Terrible conditions in Bischofshofen