With a humour sharp and away from the politically correct, Mark Normand has become one of the stand up comedians with more projection of his generation. With him we talked about his musical tastes, and the parallels and differences between the world of rock and comedy.

During these months of confinement, in addition to the music, one of my sources of distraction have been monologues comedic. One of my favorites is the recently published Mark Normand, entitled Out To Lunch. After having been rejected by the major distribution platforms, this comedian was born in New Orleans, but resided for years in New York, he decided to throw himself through YouTube. Your bet has gone well and in a few weeks has already accumulated nearly a million and a half views.

A success, in addition to your podcast that you share with your colleague, Joe List, Tuesdays With Stories!, or when you have actually opened figures like Amy Schumer or the very Jerry Seinfeld, who has been cited several times as one of its new comic favorites. Through Zoom, we had a chat while walking through the streets still half-empty New York a few days ago.

Do you consider yourself a music lover? Are you interested to discover new bands?
MARK NORMAND “I’m very out of vogue, but I like music a lot. I think that is the art form most pure that exists. I like jazz, classical music, rock, old 60’s and 70’s… But I’m not very aware of new groups. I like Dr. Dog. Are good and have good lyrics. I do not like groups cool. Are in fashion, we see that we like and then they disappear.”

But what about when you were a kid you were interested in the groups of the time or have you always pulled over for the classic?
“When I was young I wanted to fit in, so I listened to the music of the 90’s. Pearl Jam are a great band. I like Nirvana, Green Day. I liked a lot of the ska. It was amusing to see white guys doing that tempo reggae. Now I like Passion Pit or MGMT. Perhaps they are a little bit electronic, but I like it. Also Tame Impala… I Prefer the quiet music. I don’t enter the rap now, it’s too fast and I am old (laughter). I like the hip hop of the 90’s, Biggie, Tupac… now is good beatsbut to me they sound like a bunch of protesters who have taken too much coffee ”

What was the first concert you went to?
“My first concert was a jazz band in a tent, and also something of the gospel, but I cannot remember. But the first for the I bought a entry was Limp Bizkit in the ONE Lakefront Arena in New Orleans. My friends were going to go and I was left over an entry. I got drunk. I spent quite a shame of others, but once you get into the roll, that wasn’t so bad. Although I do not like”.

There are not too many comedians who are also musicians (or vice versa…
“When you do comedy you have to go to sac. You have to write every day, act every night, I don’t think you have time to make music. You can play the guitar in the tour bus or whatever, but it’s hard to get around to it. But there are some, Stephen Lynch, Garfunkel & Oates, Weird Al Yankovic… it Can be done, but it is rarely good.

What do you think is the reason?
“I think that rock stars are more fanciful. Go without a shirt, wearing leather pants, wear long hair, bite, bats, they fuck groupies, throw a tv out the window of the hotel… The comedians are people much more cynical and neurotic. If someone were to throw a tv you would think that you can fall to someone above. If I put my leather pants, I would imagine everyone of my institute and making fun of me.”

My guess is that the musicians tend to create an alter-ego, artistic, and a comedian needs to be planning how it is to work.
“That’s it. For the comic pretentiousness is our kryptonite, while the musicians feed off of that.”

Fat Mike of NoFx could be a good comedian.
“Yes, I like NoFx. Fat Mike is good. It has good lyrics, although sometimes I have trouble understanding them because they get really high. Do you know what group it is good to mixing humor and music? Pavement. Their lyrics are very fun and are well written. And also some rapper like Lil’ Wayne or J. Cole”.

What you seem to be Henry Rollins or Jello Biafra as a monologue actors?
“I have seen them, but that roll isn’t going too. For me spoken word it is a bit cheating. There is a little bit of comedy, but without having to be funny. But they are both good performers, it is as well”.

Have you seen movies like This Is… Spinal Tap?
“Yes! Spinal Tap it is a great musical comedy. I think that is more comedy than musical, but the songs are not bad. A Mighty Windalso with Christopher Guest, is good.” 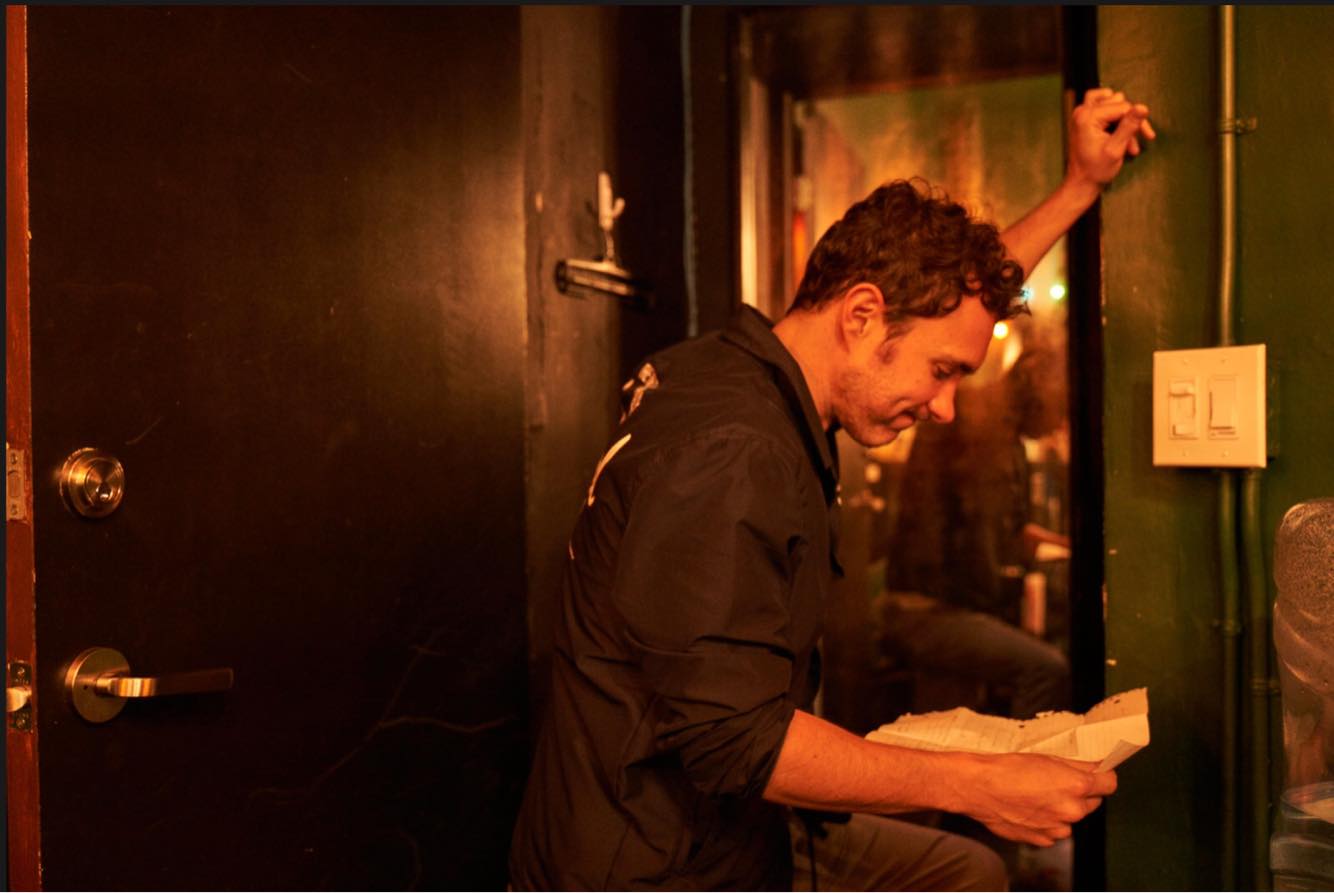 “For the comedic pretentiousness is our kryptonite, while the musicians feed off of that.” MARK NORMAND

In recent years there has been a boom in the stand-upand now it is normal to see a comedy act in large halls and even stadiums as if they were concerts. Do you not look like sites too large?
“Yes, I agree”.

A few years ago did opened for Amy Schumer in pavilions. How did you feel?
“The funny thing is that I had a jazz band before leaving me. It was the band, then I, then she. And the poor band no one made him or case. The jazz is very subtle, and on a site for 20,000 people you can’t listen to a drums played with brushes. I based everything on the word, I do not move too much, so that was not my site either. Amy can do it because not to move is very lively, but I think that comedy is an art form intimate, it is a conversation with the public, more than a performance that can get to the bottom of a slipway. A theatre yet, but a pavilion is not the place”.

I enjoy listening to a joke, but it’s hard to luck out a laugh. Seeing some special, sometimes people seem to laugh almost by obligation. Can you tell when a laugh is fake?
“Yes. I’ve since small trying to make people laugh, so I realize. Sometimes people do it to give you a little bit of encouragement, and it’s nice, but I notice the difference. The truth is that it makes me feel very uncomfortable and try to cut it”.

Are there any differences between the groupies of musicians and comedians?
“I think that they are different. The groupies of the musicians are more wild, going over the party. With the comic an attraction is more intellectual. It is in plan ‘go, I think the same as you, but I do not dare to say so, so I’m going to follarte’. Musicians are sexy, like Robert Plant with his hair, his pants with his cock. I don’t think that comedians have the same sex-appeal“.

Tiziano Ferro interview Lady Gaga for Chromatica, “a wonderful woman who has Italy in his heart”

I Bikini leather! Shakira dare with this! And it will mark all

Coronavirus: Shakira inspires doctors and policemen with the rhythm and lyrics of “Waka Waka”