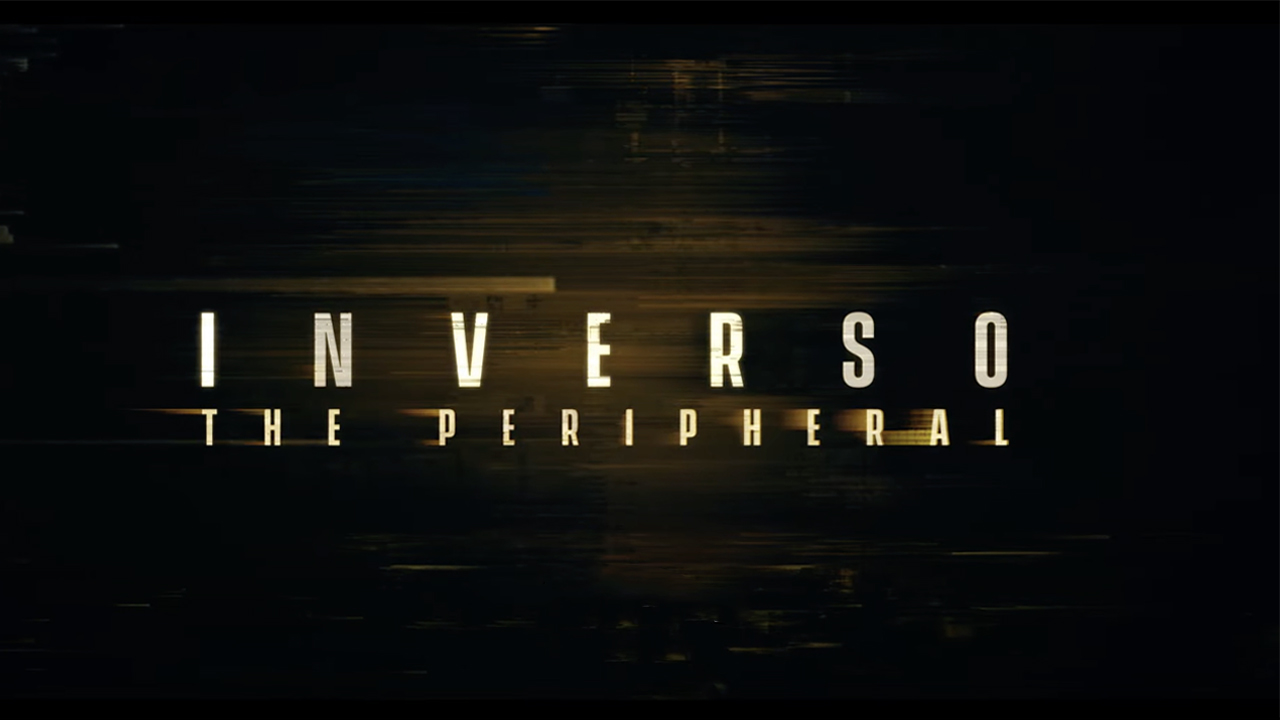 “Inverso – The Peripheral”: a temporal rollercoaster

What if we could travel through time while staying in our bedroom? What if through a viewer we could move from our reality in 2032 to another in 2099? From the United States to England? As if we were in a temporal rollercoaster where it is not the body that travels, but our mind?

“Inverse – The Peripheral” tries to answer these questions and more, try to get us into that sci-fi vein that has given so much to do to Cosplayers, the Cyberpunks.

From pen to paper, paper to screen

As a great fan of books, especially of the sci-fi genre in all its derivations, when I first saw the trailer for “Inverse – The Peripheral” I gasped a lot.

For the uninitiated, this series by license plate Prime Videosis taken from the homonymous masterpiece of the man who is recognized as one of the founding fathers of the Cyberpunk movement, William Gibson.

I need not write about the future. For most people, the present is creepy enough.

The American author, naturalized Canadian, is recognized by all as the creator of some of the greatest bestsellers of the genre and we cannot forget titles such as “Neuromancer” or more recently “Agency” second title of the CJackpot cycle of which it also belongs “Reverse”.

They started from this assumption Lisa Joy and Jonathan Nolancreators of one of the recent series that marked the genre, “Westworld”which if you haven’t seen you absolutely have to catch up.

Let’s face it, for science fiction lovers, seeing a work by Gibson transposed is always difficult, partly due to the descriptiveness of his books which pays much more attention to what surrounds us and who the characters are, rather than the actual plot; you want because this book, in particular, is not recommended as a first reading by Gibson as after the first 100 pages you will probably stop reading it thanks to his being complicated.

But the little brother of Christopher Nolan and his wife have managed to give shape to this idea and the first season of the series comes out, consisting of 8 episodes, a must for this historical period, complicated, but which leaves the viewer satisfied with what has been seen without the heaviness of the story. Each episode lasts 50 minutes, but which pass quickly and always leave the doubt of not having fully understood what was broadcast on the screen.

From rural America to Baroque England

Blue Ridge Mountain 2032, Flynne Fisher (Chloe Grace Moretz) works in a 3D print shop; in order to help his sick mother and make ends meet, help her brother, Burton Fisher (Jack Reynor), playing VR video games. Thanks to her skill, the girl is noticed by an unidentified South American company that deals with video games. Burton thus receives a strange viewer that will take the sensations of virtual reality to a higher step.

I believe technologies are morally neutral until we apply them. It is only when they are used for good or evil that they become good or bad.

Flynne then finds herself in a future London, accompanied by Wilf Netherton (Will Karr), a modern Virgil, where everything is so similar to the baroque and where virtual reality is so real, so real that it hurts. In this continuous dualism between present and future, hidden truths are gradually discovered and many questions are insinuated.

Why are these two realities connected? Why is the future so keen to interfere with the past?

Episode after episode, for each question solved, others appear, up to that cliffhanger as much telephoned as necessary to conclude the series in a worthy way and with a latent expectation for what is to come.

From the Farwest to the English Lords

Lisa Joy and Jonathan Nolan after leaving HBO extension and having been spectators of the premature end, but defined by many as necessary, of their creature Westworldhave taken the classic stylistic features of their screenplays to create “Inverse – The Peripheral”.

The parallels between the two series are many and often superimposable: the two timelines, the use of androids, in some cases sentient, the exasperation in the visual description of the scenes and the never too fast pace, even if with some slip-ups.

What is certain is that, thanks to the work of gibsonit was more than easy for the writing duo to get into this kind of cinematic situation and the development of a second season of the series could lead to a worthy conclusion to the story.

While waiting for Joy and Nolan to also write and produce the second book of the Jackpot cyclewhich has already been announced, “Agency”we can only fuel the curiosity about how this cycle can be developed for the small screen and maybe, why not, bring Gibson back to the big screen after Johnny Mnemonic.

But ultimately, I liked the series? The answer point blank can only be yes, but it would be limiting. The series has the advantage of bringing one of the most important science fiction writers of the last 40 years back into the limelight, trying to elevate that vein that has always been mistreated by the big screen as it is all too difficult, apart from some absolute masterpieces such as metropolis or Blade Runner.

Joy And Nolan have managed, not without stumbles, to recreate the settings and sensations of the book by gibson, making us wonder if this genre really shouldn’t get a second chance. Exploring more and more that literature that is still too little used.

As said in the title, “Inverse – The Peripheral”can be considered a temporal roller coaster where the union of these two worlds is the true fulcrum of everything, the characters become a corollary of the event.

Chloe Grace Moretz he manages to counter this feeling mainly thanks to his acting skills and a strong and well-conceived character who towers over all the others.

My wish for the second season is that the other characters are developed and better defined and not just sketched both for characterization and for their past.

Fear is that the series will turn into a new one Lost where there are still too many open questions even 12 years after its conclusion.

We just have to wait for the announcement of the second season.

“Inverse – The Peripheral” is available to stream from October 27 on Amazon Prime Videos.

David Martin is the lead editor for Spark Chronicles. David has been working as a freelance journalist.
Previous So plastic nurdles cause malformations in sea urchins by killing them, study
Next Barbie, the first colorful teaser trailer of the film with Margot Robbie and Ryan Gosling