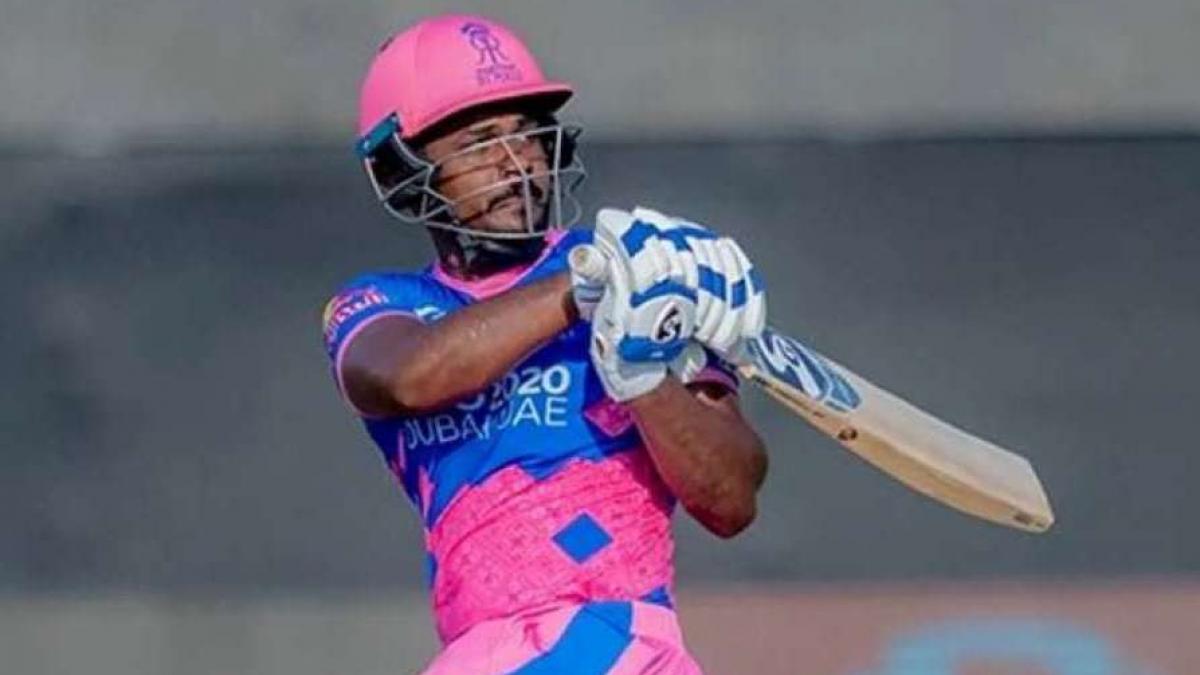 Now only few hours are left for the start of IPL 2022. This season is to begin with the match between Chennai Super Kings and Kolkata Knight Riders to be held at the Wankhede Stadium on 26 March. Even before the start of the tournament, a controversy has arisen in the Rajasthan Royals camp. 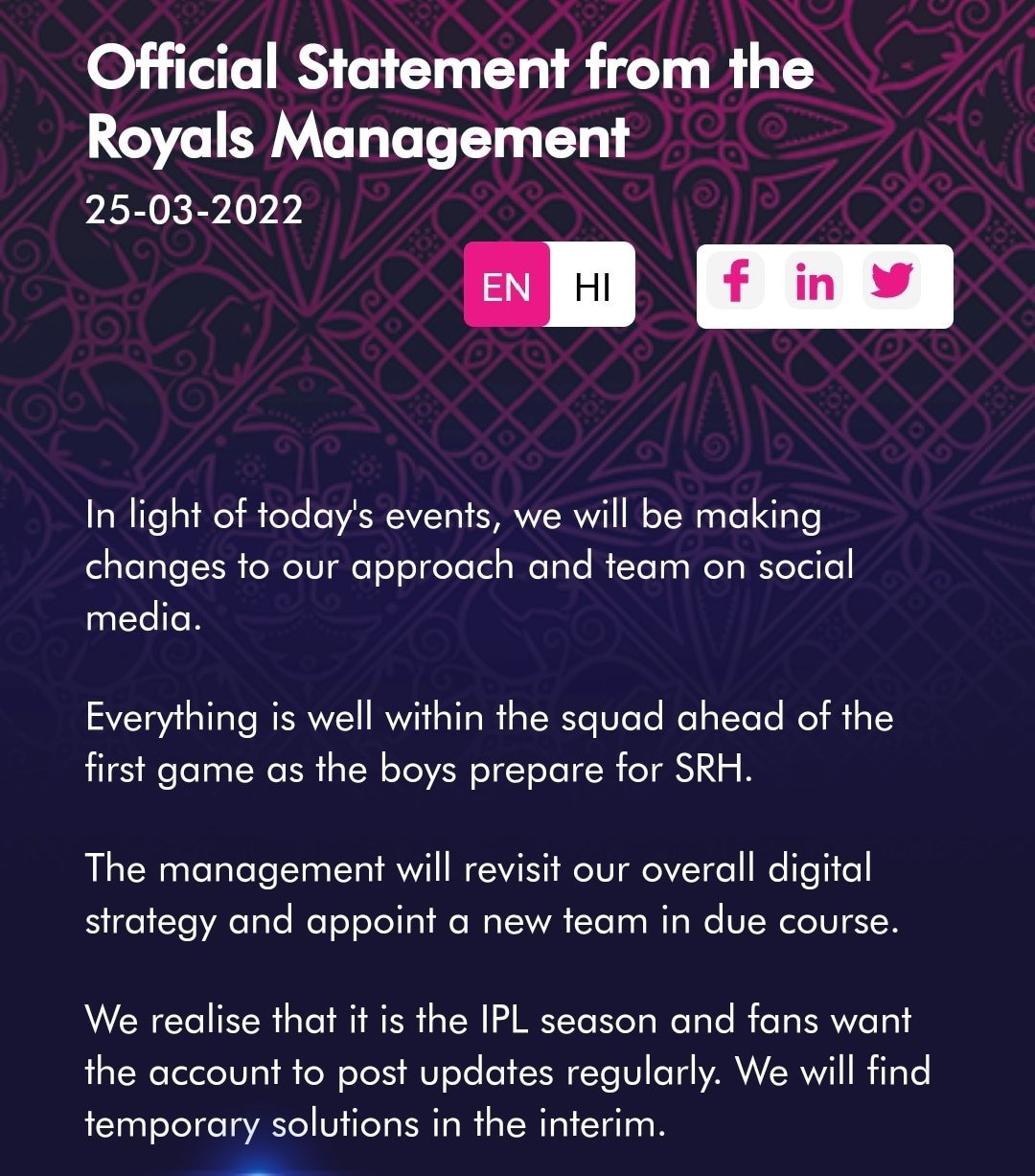 Rajasthan Royals wrote, ‘Keeping in mind today’s incident, we have decided to change our social media team and attitude. Everything is fine in the squad and the team is ready for the first match against Sunrisers. Management will revisit our entire digital strategy and a new team will be appointed. We know that this is the IPL season and fans want the posts to be updated regularly from the account. We are looking for an interim temporary solution.

Well this whole matter can also be a prank. Rajasthan Royals had retained three players, including Sanju Samson, before the auction. Then in the auction, the team added big stars like Shimron Hetmyer, Yuzvendra Chahal, Trent Boult and Ravichandran Ashwin. Legends like Kumar Sangakkara, Lasith Malinga are present in the team’s support staff.

Rajasthan Royals will start their campaign against Sunrisers Hyderabad on 29 March in Pune. Rajasthan Royals won the title in 2008 under the leadership of Shane Warne, but after that their performance has been very poor. Now fans are expecting a lot from their team this season.

Videogames entered his life in the late '80s, at the time of the first meeting with Super Mario Bros, and even today they make it a permanent part, after almost 30 years. Pros and defects: he manages to finish Super Mario Bros in less than 5 minutes but he has never finished Final Fight with a credit ... he's still trying.
Previous Elodie reveals her greatest fear and admits: “I remain fragile”
Next Special Envoy Angelina Jolie Calls for $ 4.3 Billion to Fight Hunger – La Voce di New York 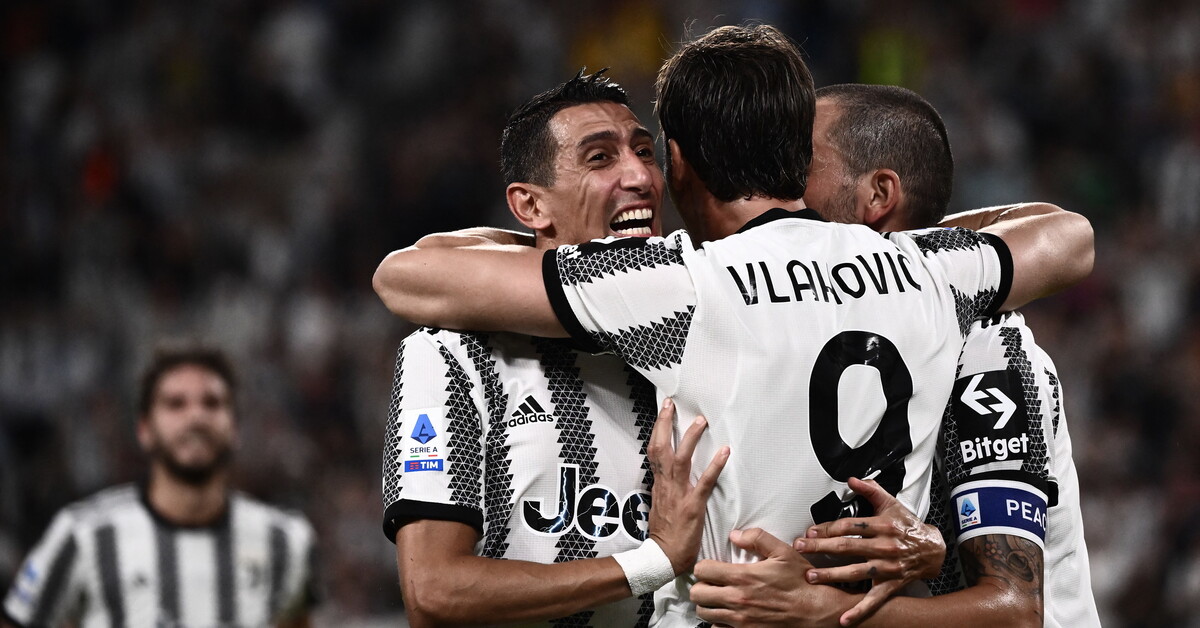 Goals and assists for the Argentine on his Juventus debut, then the Serbian striker is …