Iran’s responsibilities in the stabbing of Salman Rushdie

A few days after the stabbing of writer Salman Rushdie during a public event in the United States, the Iranian government officially denied any implication with the bomber, although since 1989 Rushdie has been subject to a death sentence, a fatwaby Ayatollah Ruhollah Khomeini, the then political and religious leader of Iran for his book The Satanic Verses. The regime said that the writer, attacked by an American citizen of Lebanese origin on Friday in Chautauqua, New York, “can only blame himself” for provoking the Islamic faithful with his books.

In reality, the Iranian religious regime has various responsibilities: first of all of an indirect type and linked to fatwa, which most likely inspired Hadi Matar, the assailant. Furthermore, the investigation into the aggression could reveal a possible direct involvement, even partial, by some elements of the Revolutionary Guards, the Iranian military body in charge of defending the revolution.

The attack on Rushdie, who has currently begun a slow recovery from “life-changing” injuries (according to the definition given by the family), comes at a time of particular tension in relations between Iran, the United States and the United States. ‘West in general. Last week the US Justice Department charged a member of the Revolutionary Guards of trying to organize a plot to kill John Bolton, the Trump administration’s national security adviser. These are also the last weeks of the Iranian nuclear negotiation, which is now very close to failure.

Hadi Matar, the author of the attack on Chautauqua, was born in New Jersey to a family who emigrated from Yaroun, a city in southern Lebanon, in an area controlled by Hezbollah, a radical Shiite group very close to Iran. American newspapers reported that Matar’s social media profiles collected many support posts for Iran and its leaders. Matar posted photos of Khomeini, General Qassem Suleimani, commander of the Revolutionary Guards killed by a drone strike from the United States in 2020, and Hezbollah leader Hassan Nasrallah.

The Iranian response came through the Foreign Ministry spokesman, Nasser Kanaani. He said that no one has the right to blame the Islamic Republic of Iran for an attack in which “the only ones responsible are Salman Rushdie and his supporters: by insulting the sacred arguments of Islam, he has crossed an impassable border and provoked anger and fury. of one and a half billion people “. The Iranian government thus indirectly confirmed the persistence of fatwa 1989: the validity of the sentence was also reaffirmed in 2017 by Khomeini’s successor, Ayatollah Ali Khamenei.

More explicitly, in recent days the Iranian press has exalted and praised the aggressor.

The conservative newspaper Kayhan, whose director is appointed directly by Khamenei, commented on the facts with an editorial: «Congratulations to the brave and scrupulous man who attacked Salman Rushdie, apostate and depraved. We would like to kiss the hand that pierced the neck of God’s enemy with a knife. ” Khorasan, another conservative newspaper, headlined “Satan on the road to hell.” And only five days before the Chautauqua attack Iran Online he had remembered «the great and unforgettable fatwa for Muslims all over the world “.

But beyond the indirect responsibilities, the American judicial authorities and the intelligence services are investigating to understand if there are direct connections between the attacker and the Iranian government or individual members of the Revolutionary Guards.

According to anonymous sources of the European and Middle Eastern secret services contacted by Vice, Matar allegedly had contacts on social media with one or more representatives of the Iranian military body, which carries out defense, intelligence and foreign policy duties in Iran. He would be investigating the nature of the contacts, although there is currently no evidence of Iranian government involvement. However, even a possible support from members of the Revolutionary Guards would not presuppose, according to the intelligence sources cited by Vicethe approval of the operation at a high level, because agents often enjoy quite a lot of freedom of action. 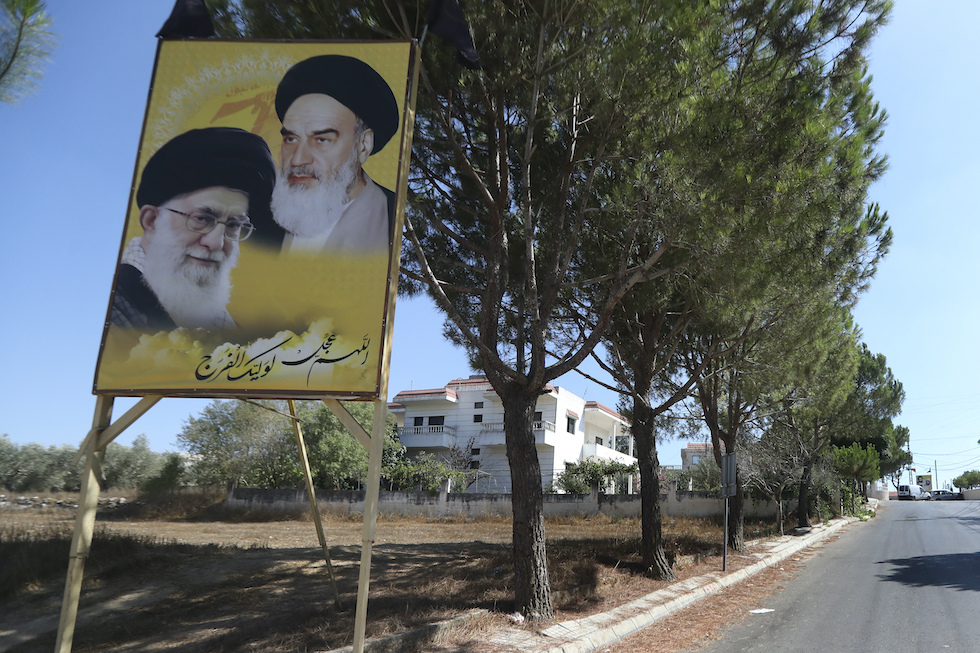 The images of Ayatollah Khomeini and Khamenei at the entrance to Yaroun, in Lebanon, the city of origin of the Rushdie attacker’s family (AP Photo / Mohammed Zaatari)

Rushdie’s stabbing came after years in which security measures around the Indian-born writer of British and US citizenship had been relaxed because the threat was no longer considered high. According to the same secret service official of a Middle Eastern country interviewed by Vice it is unlikely that Matar, born in New Jersey nearly a decade after the fatwahas independently considered the writer as a “current” target.

Regardless of the investigation, Rushdie’s stabbing could have major repercussions on relations between Iran and the West. For example, on the complex negotiations on Iranian nuclear power, already close to failure and for years one of the most discussed issues in international politics.

The 2015 agreement to limit Iran’s nuclear program to civilian use in exchange for an easing of sanctions, reached during the tenure of US President Barack Obama, was eliminated in 2018 by Donald Trump, who had unilaterally withdrawn states from the agreement. United. Negotiations resumed under Joe Biden’s presidency, but soon stalled. Now Republican Party officials have asked the Biden administration to withdraw from the negotiations following Rushdie’s stabbing. At the moment, the government has reiterated that it wants to keep the nuclear issue separate from the other reasons for tension between the two countries.

Videogames entered his life in the late '80s, at the time of the first meeting with Super Mario Bros, and even today they make it a permanent part, after almost 30 years. Pros and defects: he manages to finish Super Mario Bros in less than 5 minutes but he has never finished Final Fight with a credit ... he's still trying.
Previous Open hunt for the midfielder: Onyedika in pole position
Next Demi Lovato comes to Brazil for the 5th time and debut was opening for Jonas Brothers; remember tours | Rock in Rio 2022