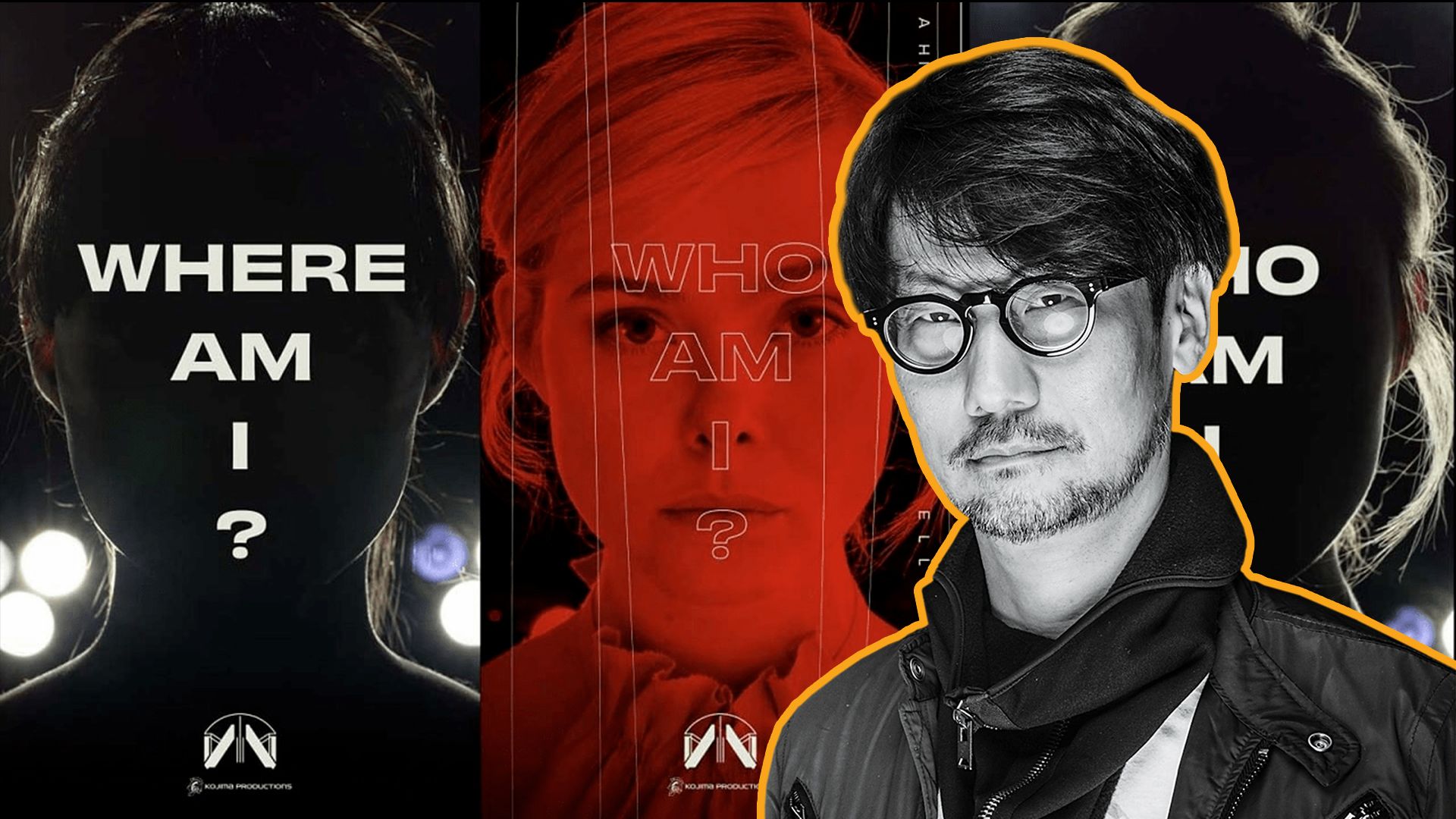 Is Hideo Kojima back in the editing room, first trailer on the horizon?

It’s been a few weeks since PAX Australia ended. During the event dedicated to the gaming world, Hideo Kojima gave the answer to the riddle posed during the Tokyo Game Show. Do you remember, right? That question “Who Am I?” Whose dark face we found out to be Elle Fanning’s? Here you are. During the PAX, besides that answer, a new question also arrived: “Where Am I?” with a second face hidden in the shadows. The web, in this case, seems oriented towards the idea that the next cast member to be announced is Shioli Kutsuna (already seen in Deadpool 2).

Yes, but cast of what? Of his next game, that’s for sure. But what kind of game is it? There is still no real answer to this question. The most accredited hypothesis is that it is Death Stranding 2. [SEGUE SPOILER SUL FINALE DI DEATH STRANDING]. Immediately after averting the danger of a sixth mass extinction, Sam takes leave of the player in a scene that suggests that the one hitting the earth is no longer chrono rain caused by the increasingly marked connection between our world and Amelie’s beach. . In a final gesture, Sam frees the BB – which in a twist is both Sam himself, Cliff’s son, and a girl. [FINE SPOILER FINALE DEATH STRANDING].

From that moment on, it is possible that the story will resume a few years after those events with that character now grown up and ready to resume the work already begun for the definitive reconstruction of the UCA. In support of a thesis of this type, some photos published by Kojima himself and portraying Elle Fanning.

In recent days, Hideo Kojima has also published several other shots with different public figures. In no particular order: Hermen Hulst (head of PlayStation Studios), Jim Ryan (CEO of Sony PlayStation), SS Rajamouli (director of RRR) and in video conference the director Nicolas Winding-Refn (who allegedly introduced him to Fanning, star of The Neon Demon), Fanning herself and Geoff Keighley. Just the presence of the main host of the Game Awards suggests that the annual December event in Los Angeles could be the right stage to present a first trailer. Before that evening, however, it should be noted that there is also the Paris Games Week in early November.

If the communicative style adopted follows a pattern, this is to present an enigma through a billboard visible to visitors of an event in attendance accompanied by a QR code that leads to a page on the Kojima Productions website. The page will contain the same puzzle but available for sharing among users even from a distance. The solution to the riddle then to the next event.

This too, in our opinion, may represent a clue that Hideo Kojima is indeed introducing Death Stranding 2. Before the official reveal, in fact, it is the network that collaborates and looks for clues about possible “new recruits” who will be part of the cast of the kojimiano game.

About that, another trope that seems to be adopted is that of the “5 W” with Who and Where to inaugurate a sequence that will also be composed of What, When and Why. In our opinion, the puzzles will follow this order. After Paris Game Week (where presumably we could see Suzanne Lindon in What Am I) and a possible trailer at the Game Awards, the upcoming events in attendance could still be two old acquaintances of the director: Taipei Game Show (in February, When) and Game Developer Conference (in March, Why).

Obviously we will have to wait for official confirmation. In the meantime, why not dream?

David Martin is the lead editor for Spark Chronicles. David has been working as a freelance journalist.
Previous Mohammed bin Salman’s irony about Joe Biden: “Poor mental acuity and gaffe, Trump was much better”
Next Asset allocation: here’s why to go back to betting on bonds