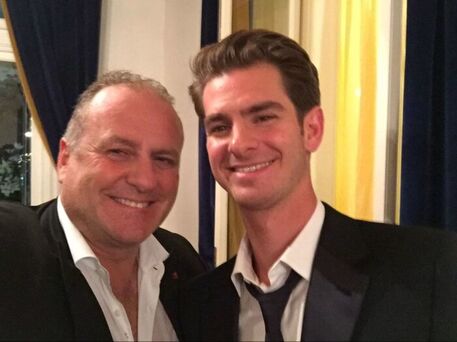 (ANSA) – NAPLES, 09 JUL – From actor Andrew Garfield to legendary music producer Clive J. Davis, from director Joe Wright to Andrea and Matteo Bocelli: over 120 stars are arriving in the Gulf of Naples for Ischia Global film & Music festival . To celebrate the 20th edition (from tomorrow to July 17), Hollywood returns as a protagonist on the green island, on the wave of the many international productions in Italy and as always in the name of young people and the commitment of the showbiz for civil rights and environment. More than 200 titles offered for free including previews and special screenings in the hall (from ‘Sotto il sole di Amalfi’ to The Gray Man ‘, by Netflix) and on platforms (Mymovies.it and Eventive.org). The event founded and produced by Pascal Vicedomini boasts a prestigious board: Chairman is Jim Sheridan, President Lina Sastri, honorary Presidents Trudie Styler and Tony Renis. Many Academy Awards: Alessandro Bertolazzi, John Lesher, Bobby Moresco, Gianni Quaranta and Nick Vallelonga, the ‘candidate’ for costumes Massimo Cantini Parrini, the magician of the image Aldo Signoretti (‘Elvis’ by Baz Luhrmann). The list of artists is very long: Franco Nero, directors Jerzy Skolimowski, Paul Feig, Jonas Carpignano, actors Haley Bennett, Nat Wolff, Francesco Di Leva, Michael Richardson, Aaron Diaz, Ronn Moss, Lola Ponce, Paolo Ruffini are also expected. Davide Calgaro with Enrico Vanzina. The team of producers with Mark and Dorothy Canton and the major Italians is very nourished. Many names also for music from Paolo Belli to Andrea Griminelli, from Cristiano De Andre ‘to Clementino. The event is promoted with the Ischia International Art Academy with the support of the DG Cinema and Audiovisual of the MiC and the Campania Region, together with Riflessi, Tatatu, RS Productions, Givova, BancaIfis, Vulcano Buono, Caremar. With the patronage of the Italian Red Cross (much attention will be given to safety) and the Mediterranean Parliamentary Assembly, City of Ischia, Municipality of Lacco Ameno, Municipality of Forio, SIAE and Nuovo Imaie. All the program on ischiaglobal.com. (HANDLE).

David Martin is the lead editor for Spark Chronicles. David has been working as a freelance journalist.
Previous Water accidents, Iss: “14% in children, serious 7 out of 10”
Next Vitamin D: Too much can be dangerous