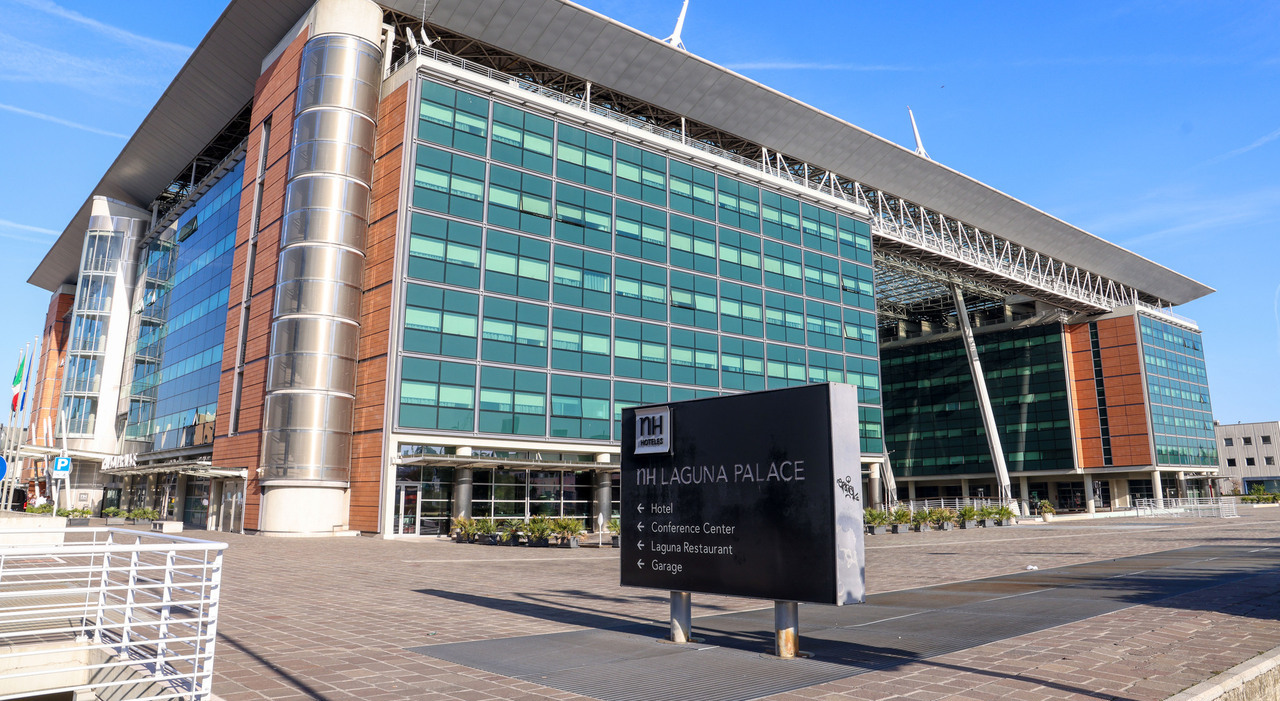 “It starts from 27 million euros”

MESTRE – A bad sign if, even those that could be symbols of a city end up at auction. At the auction for a bankruptcy, moreover, and in an area where hotels are also failing, there is really nothing left for anyone. The Laguna Palace, the maxi-hotel between via Torino and viale Ancona managed by NH, will go to auction to the highest bidder – if someone shows up – in less than a month starting from an estimate of 27 million euros. And with the specter, for the workers of the NH facility, of having to leave the property on January 31 next year.

The NH Group obviously it has nothing to do with the bankruptcy which, instead, concerns “Venezia Futura Srl, based in Padua, decreed in May last year by the Padua court. This is the company that built the imposing building characterized by the enormous glass and steel roof (one of the largest in Europe, for an area of ​​12,562 square meters) which also covers the dock below connected to the Salso canal with 400 berths. . The Laguna Palace auction is set for next November 25th (deadline for the submission of offers at midday on the 24th, addressed to the bankruptcy trustees of Padua Roberto Mometto and Luca Pieretti) starting precisely from the monstre figure of 27 million euros, even if with a minimum offer reduced by 10 percent and that is fixed to 24 million and 300 thousand euros, with minimum increases of 100 thousand euros and up. In the event of a deserted auction, a second one will immediately follow at a price already reduced by a further 10 percent (base at 24.3 million euros and minimum bid of 21 million and 870 thousand euros). A colossal sum, however far from what it cost the Danieli brothers to build the Laguna Palace, conceived in the mid-nineties as a tribute to their city and for which they paid out over 36 million euros, then entrusting it to the management of the NH Group. since 2002.

But the Laguna Palace isn’t just a 4-star hotel, as it is actually made up of three buildings, which will all be auctioned in a single lot: the building called “Laguna Palace”, with hotel destination, the “Conference Center” which is used as a hotel and for public shows, and finally the building called “Laguna Suites” with destination tourist-hotel residential, to which some portions of the first underground level and the whole second underground level must be added. On the six floors of the “first” Laguna Palace there are 210 rooms, to which the other 172 of the “Laguna Suites” must be added, while the congress center, located north of the Laguna Palace and directly connected to the hotel lobby, has one space dedicated to events that can accommodate up to 775 people. Finally, there are the car parks in the two underground floors, accessible via two ramps at the entrance and two at the exit both on viale Ancona and via Torino, with 17 staircases with emergency exits as well as four groups of lifts, for a total of about 500 spaces. car.

The notice of the “competitive procedure” (ie the auction) clearly states that “part of the complex is currently occupied by a third party for concession of extension, for release and redelivery, as of January 31, 2023”. And in this case the third company is the NH Group which already in December of last year was given in departure from Laguna Palace, only to then snatch an extension of the lease that otherwise would have expired last July. Extension which, in fact, will expire in January, after which three possible scenarios could be envisaged for the future of the hotel: the new owner could ask NH to stay, it being understood that the Group born in Spain has requested a lower rent and interventions maintenance of structures and systems which, after 20 years, show signs of aging; the second possibility is that of a purchase with a change of management but, in this case, the hotel workers could be reabsorbed; finally, and it is the worst hypothesis, if the double auction in November were to go deserted, it will be understood whether the bankruptcy trustees and NH will find an agreement to arrive at a further extension of the lease contract capable of guaranteeing the continuation of the activities. Otherwise, the hotel will be closed leaving the employees at home. And also one of the symbols of the “new Mestre” could turn into yet another hole in this tormented mainland.

The variety offered by video games never ceases to amaze him. He loves OutRun's drifting as well as the contemplative walks of Dear Esther. Immersing himself in other worlds is an incomparable feeling for him: he understood it by playing for the first time in Shenmue.
Previous All the thorns of health care: first aid to collapse, discharge and renunciation of treatment. But there is the increase for doctors
Next the transalpines fly to the semifinals – OA Sport