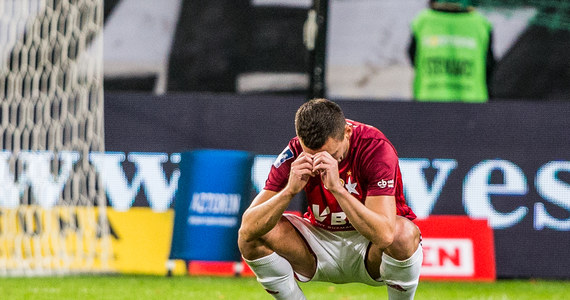 Jagiellonia – Wisła 3-1. “Bright Side of the White Star” after the defeat in Białystok

Listen about Wisła on Spotify …

Wisła was weakening in Białystok from the 9th minute, because Michal Frydrych was thrown out of the field for a foul. In this way, the Czech tried to correct the irresponsible behavior of Maciej Sadlok.

– This is a red card for breaking a real chance of scoring. Were it not for this foul, even two Jagiellonia players could go one-on-one with the Wisła goalkeeper – assessed Łukasz Rogowski, Interia referee expert, with whom we joined in the “Bright Side of the White Star”.

– But did Wisła have to lose this match after all? Because I had the impression that after Frydrych’s descent the players’ heads dropped immediately, there was no sign of bravery – Michał Białoński, Interia journalist started.

The 1-1 goal could have boosted the team’s morale. It was a glimmer of hope for me that the other half may look different and that Wisła will be able to save the draw. But this team has it that it always makes a few individual mistakes in defense, which this time the opponent used – analyzes Grzegorz Wojtowicz, journalist of the Polish Press Agency.

– I was hoping that Wisła would have a breakthrough after winning the derby and a break for the national team. Meanwhile, it was a normal team, that is doomed to failure. The team now has a terrible, explosive mixture: mistakes in the set-up plus individual mistakes – adds Piotr Jawor, journalist at Interia.

In turn, Mr. Adrian Krzysztofik, one of the viewers of “The Bright Side of the White Star” asked journalists a simple but blunt question: “Defense of the Vistula: myth or kit?”?

– Kit – Wojtowicz has no doubts. – The number of goals conceded shows what coach Franciszek Smuda said, i.e. that Wisła has the worst defense right after Górnik Łęczna. The Cracovians play in defense badly. The facts are merciless, although through the season it seemed that the center of defense was the Wisła formation with the best staff.

The Krakow team lost their eighth game this season. In 15 rounds they won 17 points and are placed 14th in the table.

– The biggest problem of the Vistula for years has been the lack of series and systematicity. The team is unable to score points in several matches in a row and will not be able to do it, because there are no characters and skills in the dressing room. It’s just an average team ranked 13-14. position in the table and this is its level. It may play a little better or a little worse, but I do not know on what basis the Vistula presidents are talking about 8th place or higher, because there are no premises for that. This team can play for maintenance and nothing else – summed up Wojtowicz.

In “Bright Side of the White Star” journalists also wondered what kind of reinforcements Wisła needs, who is the biggest disappointment so far, and what task the players of coach Adrian Gul’i have for the upcoming matches. We invite you to listen and watch!

Listen about Wisła on Spotify …

Maciej Sadlok does not believe what happened
/Jakub Gruca /Newspix

David Martin is the lead editor for Spark Chronicles. David has been working as a freelance journalist.
Previous Diesel, gasoline and LPG will be cheaper! Prime Minister Morawiecki announced a reduction in the excise duty on energy carriers
Next Ban on showing women in Afghanistan TV series