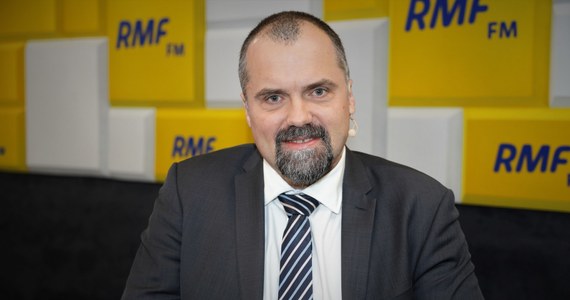 “Belarus is testing the defense capability of the Polish border on behalf of Russia,” said Jakub Kumoch, the head of the presidential International Policy Bureau in a morning interview at RMF FM. As Robert Mazurek’s guest added, “this is the principle of a cheetah.”

Jakub Kumoch, Secretary of State in the Chancellery of the President of the Republic of Poland – head of the International Policy Bureau
/Michał Dukaczewski /Rmf fm

“The cheetah attacks when it flees, but does not attack animals that are slowly passing by. Belarus behaved in a similar way on behalf of Russia. She tests the defensive ability of the Polish border. Lithuania has not entered such a phase. The Lithuanian border is longer than the Polish one, and it is guarded by much fewer guards. And let’s think – are migrants not crossing the Lithuanian and Latvian borders today? ” Kumoch asked.

“We are grateful to the United States, our allies, for monitoring the situation and providing information on Russia’s actions,” emphasized Jakub Kumoch. This includes last week’s visit to Poland by Avril Haines, director of the US National Intelligence.

“Avril Haines came in a very serious matter. We are very grateful to the Americans for the information we receive, of course we cannot share everything” – he said.

The guest of Robert Mazurek admitted that Russia was gathering forces near the border with Ukraine.

“This is a fact. It does not say that other forces can be gathered very quickly along the other part of the border. Russia is mobilizing its army and moving it very quickly” – he noted.

“We have always been threatened – and in fact, since 2014 – with a war across our eastern border, because the Russian aggression against Ukraine has never really ended. And it is in danger of escalating. Russia is doing everything to escalate. Not only that, this is not the first time when it escalates. Russia – as someone would put it nicely – creates problems in order to participate in solving them later. Of course, on its own terms, “added Jakub Kumoch.

“The president very clearly encourages citizens to vaccinate themselves. At the same time, he believes that the mere creation of state compulsion is not real, it will not bring results,” said Jakub Kumoch.

The guest of Robert Mazurek, when asked about the president’s opinion on the verification of vaccination of employees, replied that the head of state speaks about the bills when they appear on his desk.

“And they get it after they are accepted by the Sejm and the Senate. Otherwise you simply cannot comment on something that is not there” – he noted.

“Let’s be clear. Is the president satisfied with the fact that some people do not want to vaccinate? No, he is not satisfied! He believes that people should get vaccinated” – said Jakub Kumoch in the Internet part of the Morning conversation in RMF FM.

The program also asked about the dispute between Poland and the European Commission over changes in the Polish justice system.

“Independence is something sacred to Poles. And here, perhaps, some matters concern sovereignty, which has not been fully handed over to the European Commission. And this is also the dispute. This dispute is also sometimes highly emotional, because it concerns the very functioning of the state. “- said Kumoch.

The lecturer also asked if the penalties imposed on us by Brussels, e.g. for not suspending the activity of the Disciplinary Chamber of the Supreme Court, were not a problem for us.

“This is obviously a problem. But on the other hand, it is also a serious problem if institutions that go beyond their competences try to influence the sphere of the state’s functioning, which has not been granted to them in any way. And here we have a serious problem,” he emphasized.

According to the presidential minister, the current situation has gone beyond the legal framework. “It has entered a phase of institutional violence,” said Kumoch.

The head of the presidential International Policy Bureau also stated that the division within the EU into eastern and western countries and the dispute built around this division may also have consequences, for example in relations with Russia.

Videogames entered his life in the late '80s, at the time of the first meeting with Super Mario Bros, and even today they make it a permanent part, after almost 30 years. Pros and defects: he manages to finish Super Mario Bros in less than 5 minutes but he has never finished Final Fight with a credit ... he's still trying.
Previous Legia.Net – Legia Warszawa – Aleksandar Vuković: If there was a need, I would help Legia until the end of the season
Next Exchange rates 23.11. The zloty is slowly recovering [kurs dolara, funta, euro, franka]

“The introduction of mandatory vaccination against Covid-19 is a last resort,” said Dr. Hans Kluge, …