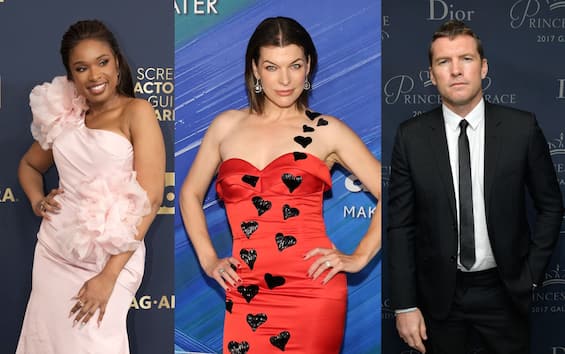 The three actors, along with Quvenzhané Wallis and Common, are part of the cast of Stefon Bristol’s new film set in a dystopian future


The best films to see in streaming and in cinemas in May 2022. PHOTO

What is it about Breathe? After Earth is left uninhabitable due to lack of oxygen, Maya (Hudson) and her daughter Zora (Wallis) are forced to live underground, with short trips to the surface made possible only by the oxygen suit made by Maya’s husband, Darius. , which she assumes is dead. When a mysterious couple arrives claiming to know Darius and what happened to him, Maya agrees to let them into his bunker. But what are the two really hiding? Screenwriter of the film, Doug Simon (Demonic). Principal shooting on the film, dubbed “a survival thriller,” is set to begin in Pennsylvania this summer. To produce the film, Basil Iwanyk and Erica Lee of Thunder Road Films and Christian Mercuri of Capstone. Capstone executive Ruzanna Kegeyan produces alongside David Haring, Esther Hornstein and Will Flynn.

Breathethe word to the producers

Respect, the trailer with Jennifer Hudson as Aretha Franklin

Thunder Road President, Erica Leesaid about Breathe: “We are thrilled with this extremely talented cast of actors. We look forward to collaborating on another project with our friends and partners at Capstone. ”Capstone’s Chief of Acquisitions, Ruzanna Kegeyanadded: “We look forward to seeing this award-winning cast shine in Stefon’s thriller, which will create a new creative benchmark in this highly commercial genre.” Breathe and the second Bristol filmwho previously collaborated with Spike Lee on his first feature film See You Yesterday. The film earned the director a nomination for Best First Feature at the 2020 Independent Spirit Award, where he also won Best Screenplay alongside Fredrica Bailey.

The expectation is growing for the release of Avatar: The Way of Watersequel to Avatar by James Cameron, the highest-grossing film of all time. Set more than ten years after the events of the first film, Cameron’s new film tells the story of the Sully family (Jake, Neytiri and their children). In the cast, among others, Zoe Saldana, Sam Worthington, Sigourney Weaver, Stephen Lang and Kate Winslet. The film, for which the trailer has been released, will arrive in theaters on December 14th. Pending the sequel, the first Avatar will return to theaters on September 22, 2022.

Milla Jovovich, from catwalks to spells

In Hellboy, the former supermodel plays the role of the evil witch Blood Queen. But Milla has always enchanted the world of cinema with her talent and her beauty

Milla Jovovich at the Hellboy premiere

Milla Jovovich in Hellboy. The film is the film adaptation of the comics created by Mike Mignola starring Hellboy, a reboot of the series already brought to the big screen with the films Hellboy (2004) and Hellboy: The Golden Army (2008), both directed by Guillermo del Toro.